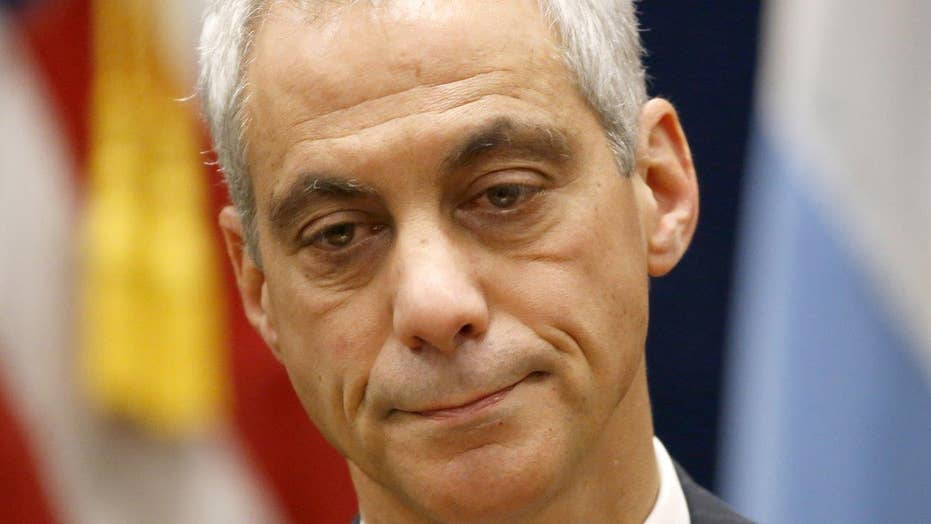 Chicago PD under investigation for abuse and use of excessive force

CHICAGO – The furor over recent Chicago police shootings has legislators considering whether voters should be allowed to recall Mayor Rahm Emanuel or future officials who hold his post.

Illinois state law currently addresses only the recall of a governor, a provision voters approved in 2010 after former Illinois Gov. Rod Blagojevich was arrested and impeached. Now, state Rep. La Shawn Ford, a Chicago Democrat, wants voters to also have the power to remove the mayor of the country's third-largest city.

In light of the unrest in the city, Ford said, "It's clearly the right thing to have on the books."

But what about mayors in other Illinois cities? What about state lawmakers? How does Illinois compare to other states when it comes to recalls? Here's a closer look at those questions and the particulars of Ford's measure.

Ford introduced his bill on Dec. 9, the day Emanuel addressed the Chicago City Council and apologized for the death of Laquan McDonald, a black teenager who was shot 16 times by a white police officer in October 2014. Emanuel's apology came a couple of weeks after the release of police dashcam video that appeared to show McDonald walking away from officers when he was shot. The video triggered protests and calls for Emanuel's resignation.

Emanuel has said he won't step down.

"We understand there's a desire by some to insert politics into this discussion, but the mayor's focus is not on his own personal politics," Emanuel spokesman Adam Collins said in a statement. "His focus is on taking the action necessary to finally and fully address an issue that has challenged Chicago for decades, and reform the system and culture of policing in Chicago."

Under Ford's proposal, two city aldermen would have to sign an affidavit agreeing with a recall petition and organizers must collect more than 88,000 signatures from registered voters in the city. At least 50 signatures must come from each of 50 wards.

The proposal would pre-empt local law, so it needs approval from two-thirds of each chamber of the Illinois Legislature to pass during the session that starts this month. The bill would be effective immediately if signed into law, a scenario that can pose legal questions because it would target someone currently in office, said David Melton, executive director of the Illinois Campaign for Political Reform.

WHAT ABOUT OTHER OFFICEHOLDERS?

Ford said in the coming weeks he'll be holding town hall meetings in his district to get constituents' thoughts about the bill and whether it should be expanded to include recall provisions for other officeholders, including other mayors. He said he's willing to consider also including lawmakers but said he didn't do so initially because legislators don't wield the same authority as statewide officeholders or the Chicago mayor.

Nineteen states and the District of Columbia allow recalls of state and local officials, according to Joshua Spivak, a recall expert at the Hugh L. Carey Institute for Government Reform at Wagner College in New York City.

Illinois is included in that count but is unique in that its constitution has guidelines for the recall of only the governor.

"There's no jurisdiction I know of that have just one guy (open to recall)," Spivak said.

HOW COMMON ARE RECALLS?

Despite the recall limits in Illinois law, municipalities can adopt their own ordinances. Still, it's a power that's been rarely used. Recall efforts are expensive and time-consuming endeavors.

The last time one happened in Illinois was 2010 in Buffalo Grove, a suburb of Chicago. That's where voters recalled village trustee Lisa Stone.

Jennifer Maltas, Buffalo Grove's deputy village manager, said it's believed to be the only recall ever held in the state, and Spivak couldn't find any other cases.

Across the country in 2015, there were at least 434 attempts to recall local and state officeholders, according to Spivak's research. Of those, only 93 made it to a recall vote.

Only two U.S. governors have ever been recalled — North Dakota's Lynn Frazier in 1921, and California's Gray Davis in 2003.

In Wisconsin, Gov. Scott Walker survived a recall election in 2012, becoming the first governor in U.S. history to do so. The recall came after Walker moved to strip most public employees of their collective bargaining rights.