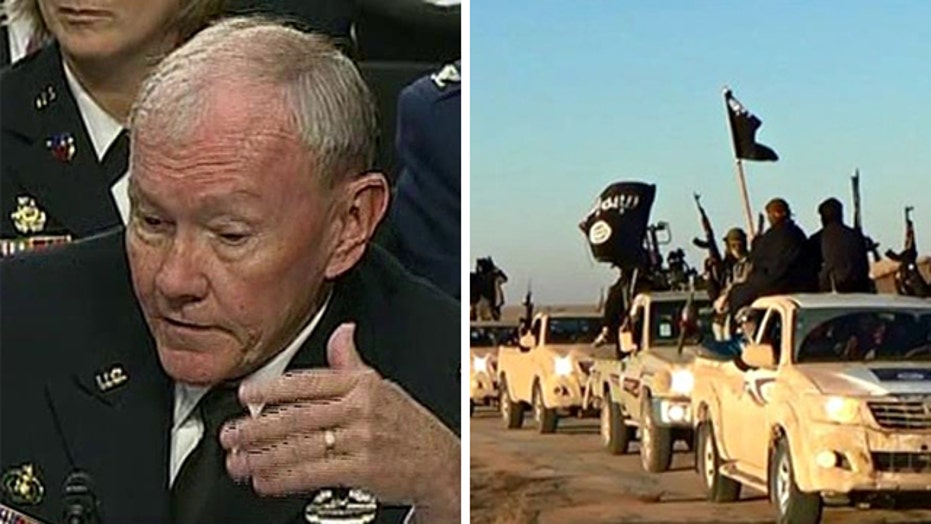 A look at the possibility of ground troops in ISIS fight

A measure authorizing the president's request is expected to pass Wednesday, despite worries from hawks in both parties that his response was insufficient to battle terrorists who have overrun wide swaths of Iraq and Syria.

"If we want to open a front against (Islamic State forces) in Syria, we have to open a front. And I don't see any other way to do it than try to build an alternative force," said Rep. Adam Smith, D-Wash., ranking member of the House Armed Services Committee. "No one's excited about it but, you know, it's the best from a series of bad options."

Republican leaders have swung behind Obama's request, though they're not pressuring the GOP rank and file to follow suit. Top Democrats promised the measure would pass.

"I think there's a lot more that we need to be doing, but there's no reason for us not to do what the president asked us to do," Speaker John Boehner, R-Ohio, said.  House Democratic leader Nancy Pelosi of California also supports the mission, as does Senate GOP leader Mitch McConnell of Kentucky. The measure would send U.S. military trainers to Saudi Arabia to arm and train Syrian opponents of Islamic State militants, who have routed U.S.-trained Iraqi security forces repeatedly and threaten the viability of the government in Baghdad.

Obama has also vowed to use air power to strike Islamic State, also known as ISIS, but has maintained repeatedly that American forces will not have a renewed ground combat mission in Iraq in this new phase of a long battle against terrorists.

"I wish that we were doing more, but this is the only option that we've been given," Rep. Chris Stewart, R-Utah, said. "And we must at least do this."

The amendment authorizing Obama's plan would be added to a spending bill that's needed to keep the government running into December and avoid a politically damaging repeat of last year's partial shutdown of government agencies.

Meanwhile, Sen. Tim Kaine, D-Va., has drawn up legislation to authorize U.S. military force against Islamic extremists that would strictly limit the engagement of American ground forces. Kaine, a a member of both the Armed Services and Foreign Relations committees, proposes repealing the 2002 authorization that both Obama and former President George W. Bush have cited as their authority for military operations in Iraq.

Kaine's measure calls for all necessary and appropriate force to defeat the Islamic State militants as the president determines, including airstrikes and training and equipping certain Syrian rebels.

It bars the use of American ground forces except for rescue missions and limited operations against high-value targets. The authorization would last for a year.