House Republicans are plotting a broad effort to push the Obama administration to rein in federal regulations and reform a key part of the health care law in a bid to curb what lawmakers see as abuse of executive power by an "imperial presidency."

House Majority Leader Eric Cantor, R-Va., on Friday sent a memo to GOP lawmakers accusing President Obama of "effectively rewriting the laws" and called for a fight to "restore the balance of power created by our Founders," The Hill reported.

"President Obama has provided new clarity as to what constitutes an imperial presidency," Cantor wrote Friday in the memo. "Declaring that he has a 'pen and a phone,' he has acted to effectively rewrite the laws of the United States."

Cantor said several bills will be taken up next week in the House to push back against the administration's "excessive and burdensome" regulations, including a proposal that reforms the way federal agencies create new regulations, The Hill reported.

Cantor's memo also mentioned Rep. George Holding's, R-N.C., All Economic Regulations are Transparent (ALERT) Act, which would require federal agencies to provide timely information about the status and cost of new regulations under consideration, according to The Hill.

The Sunshine for Regulatory Decrees and Settlements Act, by Rep. Doug Collins, R-Ga., would curb the government's practice of settling lawsuits with liberal organizations by agreeing to impose regulations on businesses, the report said.

Cantor told House Republicans that the chamber could take up "in the near future" legislation that would target ObamaCare’s individual mandate and cuts to the Medicare Advantage program, The Washington Examiner reported.

He said House will consider a proposal that repeals the 30-hour threshold for full-time work as outlined in the health law's requirement for employers to provide health care coverage, raising the threshold to 40 hours, the report said.

"This will prevent, for example, EPA from downplaying the loss of mining and manufacturing jobs as a result of their regulations by arguing that new jobs will be created in regulatory compliance," Cantor was quoted as saying.

The Obama administration, facing GOP resistance in both chambers of Congress, is reportedly mapping out plans for executive actions that will be unveiled well into the fall and winter for what the president has called a "year of action."

More than 100 Republican House members have signed on to the Stop This Overreaching President (STOP) Resolution, which accuses the president of violating his Article 2, Section 3 constitutional duty to "take Care that the Laws be faithfully executed."

The president recently signed an executive order increasing the hourly minimum wage for federal contractors from $7.25 per to $10.10. While the White House estimates the wage hike will affect only a few hundred thousand people, officials hope the move spurs Congress to take up a broader bill or businesses to act on their own to increase their workers' wages.

Peter Wehner, who served in three Republican administrations, said that while Obama's executive orders are hardly reshaping the political landscape in Washington, they may be helping the White House internally generate a "sense of momentum and action."

"Sometimes you wake up and you're happy there's just not a series of bad stories or bad news," said Wehner, who last worked in the White House under George W. Bush. "If you can take the initiative even a little bit, it's better than being back on your heels." 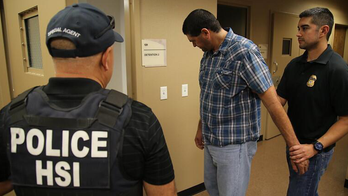 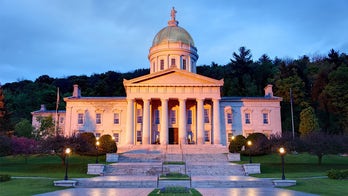