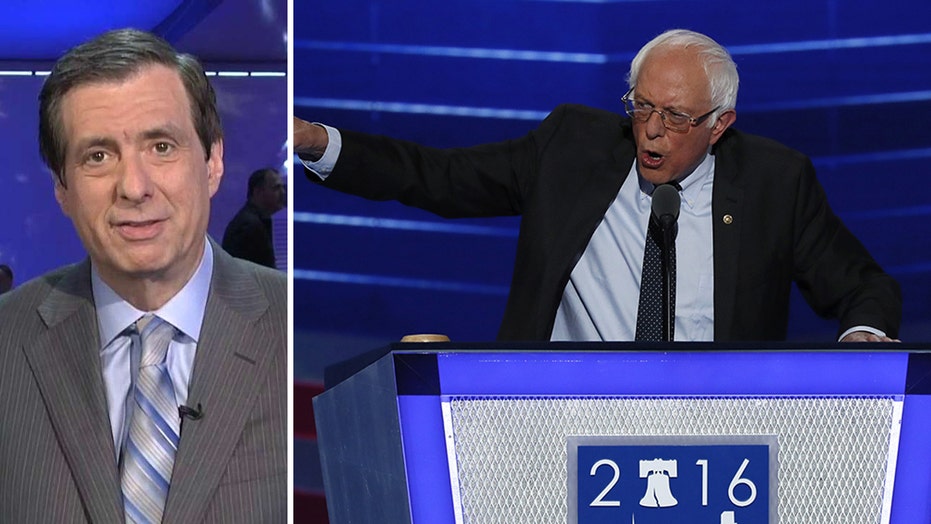 PHILADELPHIA – The opening of the Democratic convention was such a dysfunctional mess that it took Sarah Silverman to try to save the day.

The comedian’s unscripted zinger for the Bernie diehards felt more real than much of the speechifying.

But Democratic disunity was on display all day—an ironic twist for a press corps that had written so much about the anti-Trump forces screwing up the Republican convention. Debbie Wassserman Schultz was essentially banished from her own party’s convention over the hacked emails, though that didn’t seem to satisfy the Sanders crowd.

The oppressive heat here in Philadelphia added to a sense that the Hillary coronation had turned into a day of hell.

So there was Silverman, a big Bernie backer, with SNL-guy-turned-senator Al Franken, a Clinton supporter, but their comedic attempts at unity weren’t quelling the rebellious crowd at the Wells Fargo Center. Tired of the heckling, an exasperated Silverman said, “To the Bernie-or-bust people, you’re being ridiculous.” She later confirmed to CNN that this was an unplanned moment.

Chris Matthews said it changed the tone of the night, which is overstating things. That would take Sanders himself.

First, though, Michelle Obama gave a lovely speech that caused the pundits to swoon. I didn’t find it that warm toward Hillary, who had that tough primary against her husband eight years ago, but I seem to be in the minority. The first lady did connect her family’s groundbreaking journey to the former first lady’s potential to make history if she beats Donald Trump.

Elizabeth Warren was surprisingly flat in delivering her standard slams against Trump and Wall Street.

Sanders, too, shouted a version of his stump speech, railing against income inequality, but peppering the address with references to Clinton as someone who understands the issues he is fighting for. Unlike Ted Cruz and his “vote your conscience” speech, Sanders tried to rally his fans to Hillary’s side. But he clearly doesn’t control all of them, especially some of the angry and tearful delegates in the hall.

Bernie also went on way too long. Whatever happened to campaigns telling speakers, hey, you’ve got 10 minutes, or 15 minutes, make the best of it?

But the Wikileaks dump, revealing how the DNC had in fact worked against Sanders, ripped the scab off the party’s wounds. That was evident when Wasserman Schultz, who was pressured into quitting by the Clinton campaign, was booed at a televised breakfast appearance. Sanders also struggled to be heard over boos as he made his pro-Clinton pitch at an earlier appearance.

For the media, there are two competing story lines: Big-name speakers preaching party unity, with Bill Clinton, Barack Obama and Joe Biden still to come, and the festering anger that has marred Hillary Clinton’s convention.