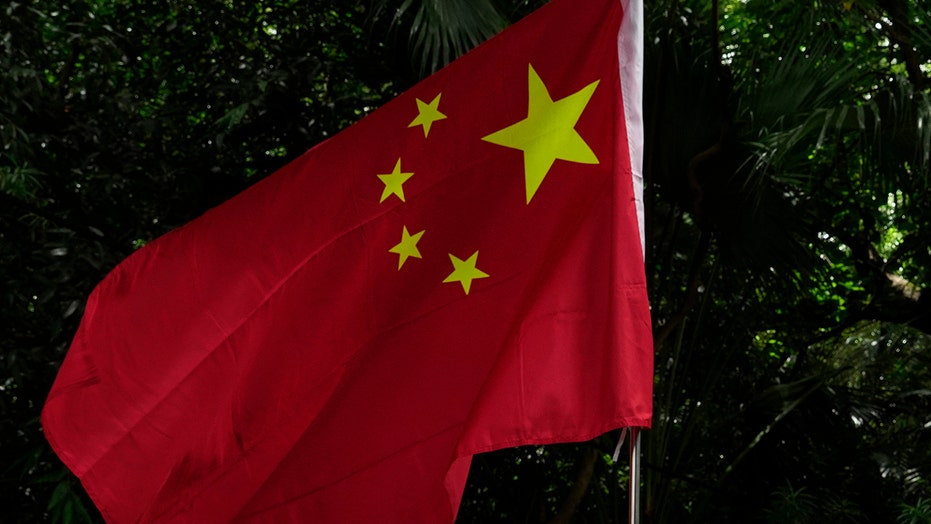 Sen. Josh Hawley, R-Mo., told Fox News on Wednesday that China's raid of Apple Daily's Hong Kong newsroom should serve as a "wakeup call" to the entire free world about the intentions of the Chinese Communist Party (CCP).

Hong Kong media tycoon Jimmy Lai, 71, was arrested and his newsroom raided by police Monday, in the semi-autonomous nation’s latest enforcement of China’s new national security law. Lai has been an outspoken, pro-democracy figure and regularly criticizes China’s authoritarian rule and Hong Kong’s government. He was released on bail on Wednesday.

He added: "It is time for free nations to stand together with Jimmy Lai, with Hong Kong, and against the CCP’s tyranny.”

The Missouri Republican also spoke out about being sanctioned by China and said such measures will not deter him from continuing to stand up for America.

"#China announces it is sanctioning me in retaliation for speaking out against #ChineseCommunistParty and defending America’s interests," he tweeted on Monday. "Retaliate all you want. I’m not backing down."

The tweet included a link to a story by the CPC controlled Global Times, which stated that China had also sanctioned several other prominent GOP members including, Sens. Marco Rubio, R-Fla., Ted Cruz, R-Texas, and Tom Cotton, R-Ark.

Hawley is no stranger to the Global Times. Back in May, he and fellow Sen. Rick Scott, R-Fla., were both ominously threatened by the publication for their stance against China.

The article claimed China is "extremely dissatisfied with the abuse of litigation" by U.S. leadership, "and is considering punitive countermeasures against U.S. individuals, entities and state officials."

It also made veiled threats toward U.S. lawmakers by citing analysts who promised that, "China won't just strike back symbolically, but will impose countermeasures that will make them feel the pain."

Hawley's rhetoric against the Chinese government dates back to long before the Hong Kong incident. In an interview with Fox News last year about the National Basketball Association (NBA) kowtowing to China, the former state attorney general accused Beijing of using high-pressure tactics to bend people to its will.

"This is how Beijing plays ball. They tighten the screws," he said at the time. "Now they want to censor Americans. The thing about the NBA is, they're trying to tell Americans what we can and cannot say. My word to the NBA is, don't become part of the Chinese Communist Party's propaganda arm."

Hawley called on league commissioner Adam Silver last month to testify before Congress, about the NBA's relationship with China and it's failure to highlight human rights abuses within Hong Kong, after allowing players to choose from a preapproved list of social justice message to display on their jerseys.

"The league’s new policy suggests a newfound commitment to enhanced employee expression. But that free expression appears to stop at the edge of your corporate sponsors’ sensibilities," he said in a letter to Silver. "And for woke capital today, profits from the Chinese market are more popular than patriotism... If I am right – if the NBA is more committed to promoting the CCP’s interests than to celebrating its home nation – your fans deserve to know that is your view. If not, prove me wrong."