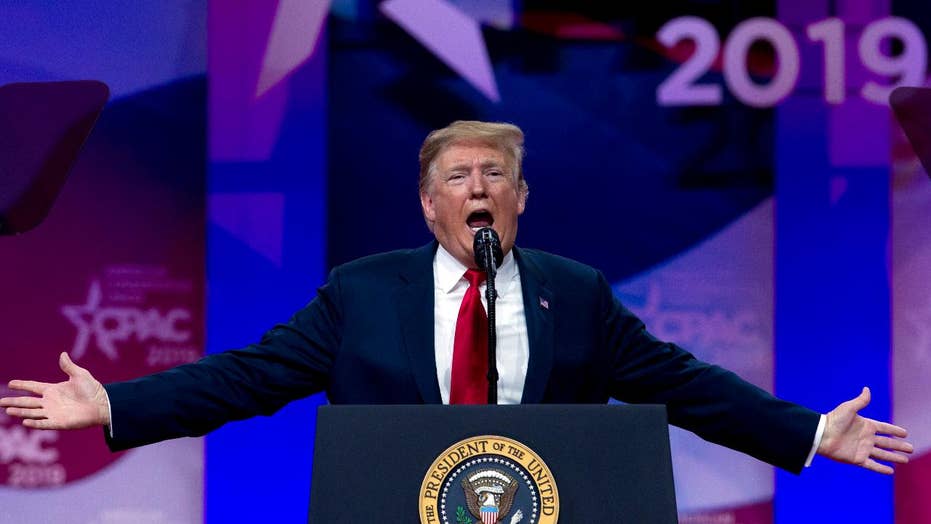 Turning Point USA director of urban engagement Brandon Tatum says the CNN analyst should be ashamed of herself for paint the president as anything other than pro-American.

"Horrifying. I’m not saying Trump is becoming Hitler, so don’t bother tweeting the distinctions," he tweeted alongside pictures of Trump and Hitler sharing similar physical gestures.

"But the physical and behavioral resemblances aren’t altogether irrelevant. No prior president even suggests the comparison," he added.

Tribe was retweeting a post from @wvjoe911 who quoted Voltaire, the 18th Century French philosopher, implying that both Hitler and Trump made absurd statements. "Those who can make you believe absurdities can make you commit atrocities," the quote read.

THE FIVE ON GA DEM FOR COMPARING TRUMP TO HITLER: 'THIS GUY ALSO BELIEVED GUAM WOULD TIP OVER'

He later apologized, saying that he didn't mean that comment literally. "In an otherwise good interview, I made a terrible word choice, saying an impeachment 'bullet' can only be 'shot once' so one must 'shoot to kill.' I wasn’t speaking literally, but as one who works hard to reduce gun violence, this was just inexcusable. I’m very sorry," he tweeted.