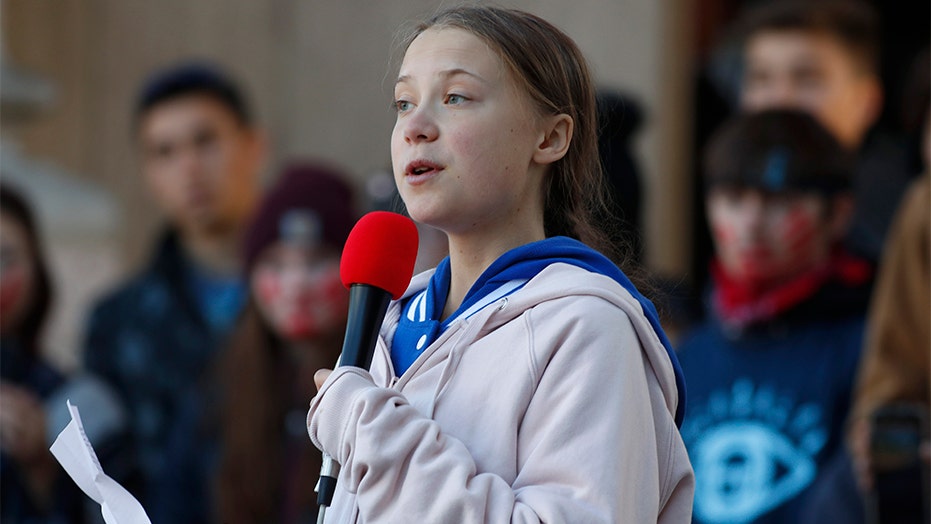 Teen climate activist Greta Thunberg dismissed the idea of meeting with President Trump when she appeared on “The Ellen DeGeneres Show” on Friday.

“Would you sit down with him [Trump] to help him understand climate change?” DeGeneres asked the 16-year-old.

"I don’t understand why I would do that," Thunberg responded matter-of-factly, as the audience erupted in laughter. “"I don’t see what I could tell him that he hasn’t already heard, and I just think it would be a waste of time, really," according to USA Today.

In September, Trump sarcastically praised the teen for her activism, sharing a clip of her speech at the United Nations. “She seems like a very happy young girl looking forward to a bright and wonderful future. So nice to see!” the president tweeted.

In the clip, Thunberg was scolding world leaders, adding that the world was in the beginning of a “mass extinction” and that all leaders could focus on was money.

"How dare you! You have stolen my dreams and my childhood with your empty words, and yet, I am one of the lucky ones,” she said.

After Trump's tweet, in what some described as a bit of presidential trolling, she changed her Twitter bio to "A very happy young girl looking forward to a bright and wonderful future."

Russian President Vladimir Putin also weighed in on Thunberg's U.N. speech, saying she doesn't understand the complexities of the modern world. "I may disappoint you but I don't share the common excitement about the speech by Greta Thunberg," Putin said, according to Reuters. "No one has explained to Greta that the modern world is complex and different and ... people in Africa or in many Asian countries want to live at the same wealth level as in Sweden."

Thunberg was in Los Angeles Friday for a protest rally by students opposed to new fossil-fuel production, according to USA Today.

Thunberg told DeGeneres that when she first learned details about climate change, she didn't really believe it.

"I learned the basics, like the planet was warming because of increased greenhouse gasses," she recalled, "and then I just couldn't believe it because I thought if this was really true, then surely, someone must've done something. Then, surely, we would take it seriously. But no one took it seriously."

On Tuesday, Thunberg turned down an environmental award from the Nordic Council, explaining that the climate movement "does not need any more awards." She said that Nordic countries have a great reputation for climate and environmental issues, but appearances can be deceiving.

“The Nordic countries have a great reputation around the world when it comes to climate and environmental issues. There is no lack of bragging about this. There is no lack of beautiful words,” she wrote in an Instagram post. “But when it comes to our actual emissions and our ecological footprints per capita – if we include our consumption, our imports as well as aviation and shipping – then it’s a whole other story.”