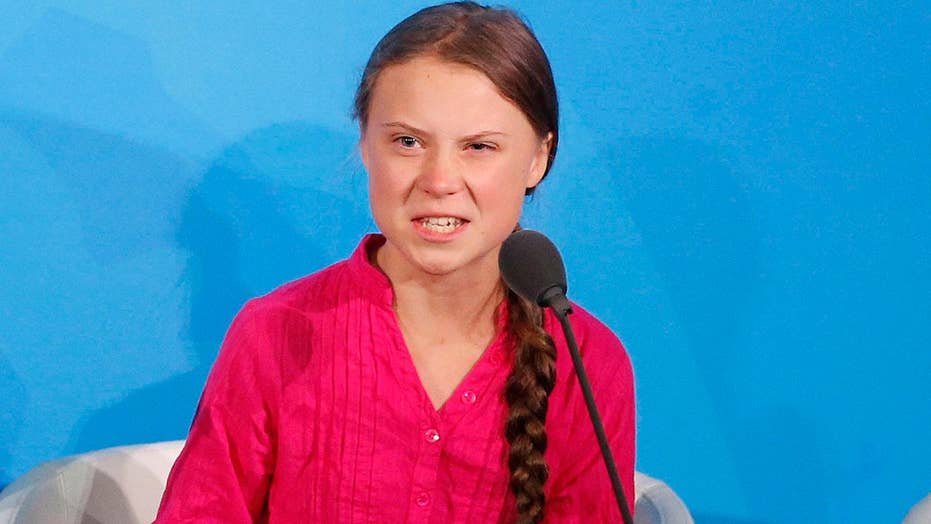 Is 'the Greta effect' scaring kids about climate change?

A 16-year-old climate activist spoke in front of the U.N.; reaction from child and adolescent family therapist Darby Fox.

Teen activist Greta Thunberg said Tuesday “the climate movement does not need any more awards” as she turned down an environmental prize granted to her by the Nordic Council.

In an Instagram post explaining her decision, Thunberg said that while it was a great honor to receive the prize, what the climate movement needs “is for our politicians and the people in power to start to listen to the current, best available science.”

“The Nordic countries have a great reputation around the world when it comes to climate and environmental issues. There is no lack of bragging about this. There is no lack of beautiful words,” she wrote. “But when it comes to our actual emissions and our ecological footprints per capita – if we include our consumption, our imports as well as aviation and shipping – then it’s a whole other story.”

In the post, she went on to reference a report by the World Wildlife Fund and the Global Footprint Network that said Sweden, along with most of the Nordic region, live as if the world had the resources of four planets.

“We belong to the countries that have the possibility to do the most. And yet our countries still basically do nothing,” Thunberg added.

The 16-year-old is currently in California, and two fellow climate activists spoke on her behalf at the award ceremony Tuesday in Stockholm. The Nordic Council hands out annual prizes for literature, youth literature, film, music and the environment, each worth 350,000 Danish kroner ($52,000).

It was not the first prize that the climate activist has won or been nominated for.

She was this year’s favorite to with the Nobel Peace Prize, which eventually went to Ethiopia Prime Minister Abiy Ahmed.

Thunberg made headlines when her Fridays for Future campaign went global. At a U.N. climate conference in September, she repeatedly scolded world leaders, asking: “How dare you?”