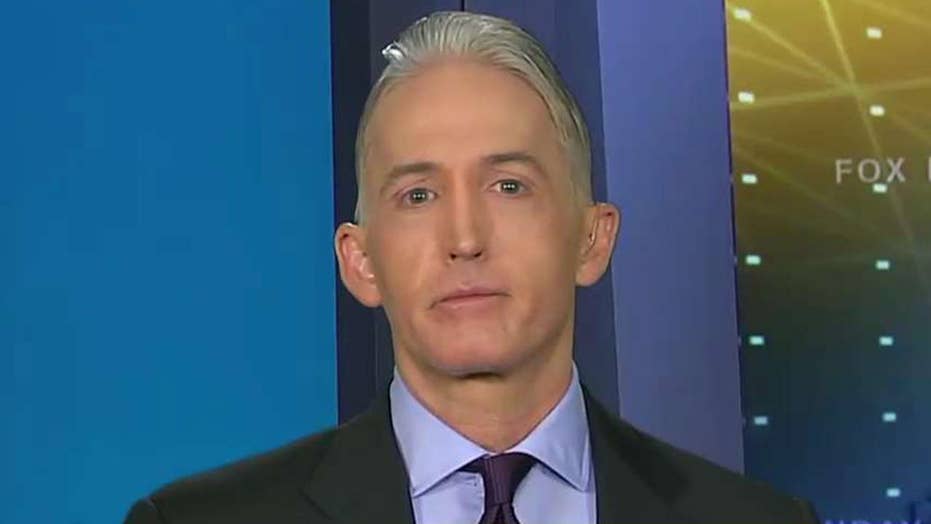 Rep. Trey Gowdy: Mueller probe should not be shut down

Republican congressman from South Carolina says if the president is innocent of Russia collusion, he and his lawyer should act like it, calls for the Russia investigation to run its course.

Republican Rep. Trey Gowdy on Sunday split with President Trump and lawyer John Dowd’s apparent efforts to try to end the special counsel’s Russia investigation, saying Dowd did the president a “disservice” and that investigators need the “time, independence and resources” to complete the probe.

“I think the president’s attorney, frankly, does him a disservice when he says that and when he frames the investigation that way,” Gowdy told “Fox News Sunday.” “If you have an innocent client, Mr. Dowd, act like it.”

Dowd, Trump’s personal attorney, on Saturday called for Special Counsel Robert Mueller to end the investigation into whether Russia meddled in the 2016 presidential election and if the Trump campaign colluded with Moscow in such efforts.

Trump tweeted Sunday minutes before Gowdy spoke: “Why does the Mueller team have 13 hardened Democrats, some big Crooked Hillary supporters, and Zero Republicans? Another Dem recently added...does anyone think this is fair? And yet, there is NO COLLUSION!”

Gowdy, chairman of the House Oversight committee and a former federal prosecutor, expressed hope that Trump and Dowd were not trying to strong-arm an end to the investigation and argued that the probe goes beyond trying to find or prove collusion.

“Give Bob Mueller the time, independence and resources to do his job,” Gowdy, of South Carolina, said Sunday. “And if you are innocent, act like it. … If you’ve done nothing wrong, you should want the investigation to be as fulsome and thorough as possible.”