He said the members on the call reflected only "some" of the members of Congress who have committed to challenging the Electoral College results, which favored Democrat Joe Biden. Brooks did not identify the other House members who were on the call.

"The momentum to fight against voter fraud and election theft is rapidly gaining," Brooks told Fox News. "And as a consequence, the numbers that we had who were supportive yesterday are almost always supplemented by reinforcements today and the next day."

"The momentum to fight against voter fraud and election theft is rapidly gaining."

Brooks told Fox News he was "confident there will be many, many more congressman" who will support objecting to certain states' Electoral College results.

Whether the House will reach a simple majority needed to overturn a state's results remains to be seen, Brooks explained to Fox News.

"In my judgment, the primary reason so many congressmen and senators are now coming forward to fight this fight is because so many American citizens have made it known that this fight is critical to America's future," Brooks said.

Trump has applauded Republican lawmakers who have said they will reject the Electoral College votes. He has also expressed frustration with those who have accepted the Biden victory, calling them "weak and tired" in a Tuesday tweet.

In order for an objection to be considered, it must be endorsed by at least one senator and one representative, which is looking more likely as a dozen senators came forward Saturday publicly following Sen. Josh Hawley’s announcement that he would object to Pennsylvania’s results.

The senators announced Saturday they would object unless an emergency 10-day audit was conducted to review allegeations of voter fraud by an electoral commision.

Following an endorsed objection, the House and Senate would be required to suspend their joint session and separate to debate objections for two hours. 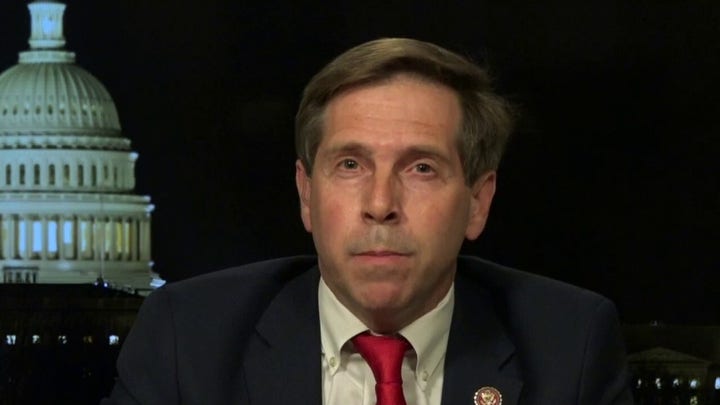 The House and Senate would then need to vote on certifying the results; the objections must maintain a simple majority, otherwise they will be dismissed and the existing results finalized.

Brooks said he was not convinced the latest push was enough to dive into the "mechanics" of what an investigation would involve, adding that House and Senate leadership should have launched one earlier into "voter fraud and election theft."

The movement also has caused a divide within the Republican Party, with several GOP senators condemning the move Saturday.

Sen. Mitt Romney, R-Utah, has been a critic of the president throughout his tenure and called GOP senators' plan to reject the Electoral College results an "egregious ploy."

"The congressional power to reject electors is reserved for the most extreme and unusual circumstances. These are far from it. More Americans participated in this election than ever before, and they made their choice," Romney added.

Sen. Pat Toomey, R-Pa., also condemned the move by defending the integrity of his state’s voting accountability, saying Trump's loss was "explained by the decline in suburban support."

Senate Majority Leader Mitch McConnell previously urged GOP senators to accept the Biden win, but neither he nor Senate Majority Whip John Thune, R-S.D., could be reached for comment on the GOP’s latest advances in attempting to overturn the election.

Trump repeatedly has claimed the election was fraudulent, despite former Attorney General William Barr announcing that the Department of Justice could find no evidence to support widespread voter fraud.

The Supreme Court has refused two Trump campaign-led lawsuits, and more than 50 cases have been dismissed from lower courts across the country.

But Brooks dismissed this argument saying that lawyers have been unable to conduct proper discovery. "These cases are not being dismissed because of a lack of evidence, they are being aborted before the trial process was even birthed."