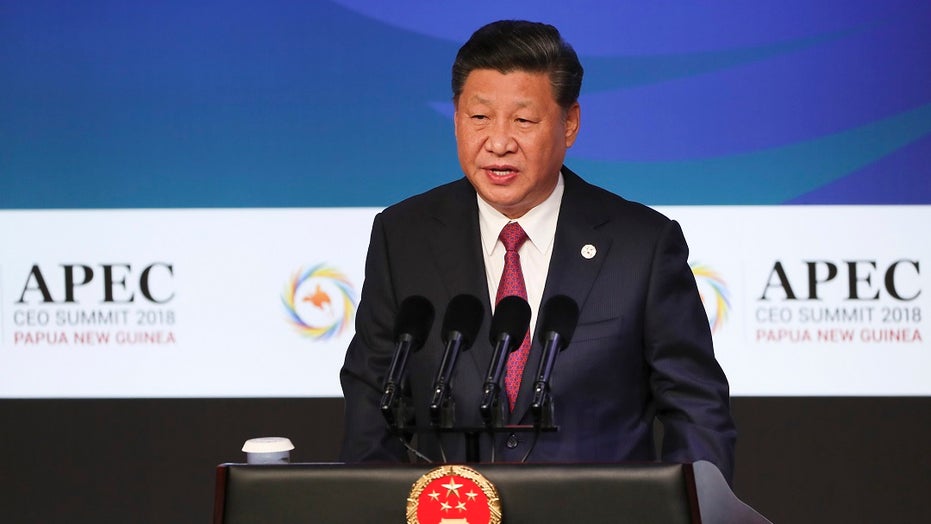 Republican members of Congress released scathing statements Tuesday condemning the Chinese Communist Party on the 70th anniversary of the founding of the People's Republic of China.

Rep. Liz Cheney, R-Wyo., and Rep. Mike Gallagher, R-Wis., said the Chinese government's birthday was "not a day for celebration," as they said the one-party state has "deprived its citizens of their fundamental human rights and human dignity."

Chinese President Xi Jinping after delivering his speech at a dinner marking the 70th anniversary of the founding of the People's Republic of China at the Great Hall of the People in Beijing, Monday, Sept. 30, 2019. (AP Photo/Andy Wong)

"From the tens of millions who starved to death during Mao Zedong’s Great Leap Forward, to the students who stared down tanks in Tiananmen Square, to the millions of Uighurs who have languished in concentration camps, and now to the courageous people of Hong Kong," Cheney and Gallegher said, "the [Chinese Communist Party's] appalling record of repression is clear."

The representatives' statement, which says Americans should dedicate themselves "to ensuring that the Chinese Communist Party is left in the ash heap of history," draws a stark contrast to the laudatory tweet marking the occasion sent Tuesday morning by President Trump.

"Congratulations to President Xi and the Chinese people on the 70th Anniversary of the People's Republic of China!" Trump wrote.

Though Trump has traded tariffs with Chinese President Xi Jinping, he has often been criticized for being too soft on international strongmen. In a recording of a 2018 speech to GOP donors, which was obtained by CNN, Trump joked about Xi's status as president for life after the Communist Party removed term limits for its leader.

"To see the price of the [People's Republic of China's] anniversary celebration, look no further than what's happening in Hong Kong: a ceaseless war against those who wish to live in freedom," Cotton said. "From the Great Leap Forward to the Cultural Revolution to the camps in Xinjiang today, it has been a ghoulish 70 years of Chinese Communist Party control."

Tuesday's anniversary comes as pro-democracy protesters in Hong Kong, who regularly carry American flags, call on Trump to help "liberate" them from Bejing's rule and Taiwan tries to fend off China's efforts to peel away its diplomatic allies.