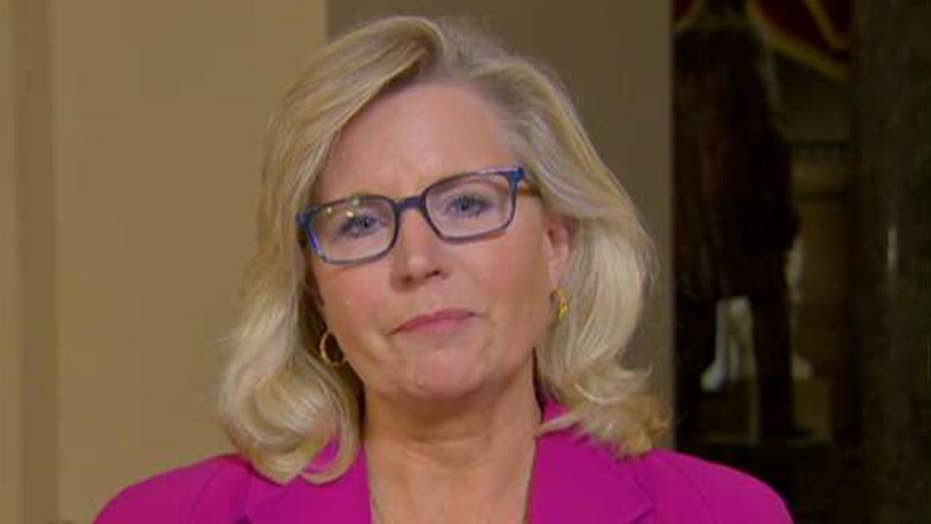 Cheney: We're watching the unraveling of the Democratic Party as we have known it

She was responding to a tweet in which Ocasio-Cortez implied that Israel was sexist or Islamophobic when it banned Reps. Ilhan Omar, D-Minn., and Rashida Tlaib, D-Mich., from entering the country.

"MoC are frequently asked to visit Israel to 'see things for ourselves,'” she said, using an acronym for "members of Congress." "But Netanyahu choosing to ban the only 2 Muslim women in Congress from entering tells the US that only *some* Americans are welcome to Israel, not all," she added.

Cheney rebuffed the idea that Israel's decision was bigoted.

"The fact that they are Muslim women has zero to do with this," Cheney tweeted. "The issue is their vile anti-Semitism and support of a movement dedicated to the destruction of the state of Israel."

"And @AOC should realize she hurts all women every time she claims phony gender discrimination," Cheney added.

Ocasio-Cortez previously retweeted posts accusing the Mideast ally of bigotry and announced that she wouldn't schedule visits to the nation until Tlaib and Omar were allowed to visit.

Cheney's comment on the issue was the latest in a series from high-level politicians about the ever-evolving dispute between the freshman lawmakers and Israel.

The government on Thursday blocked Omar and Tlaib from entering over their open support for Israel boycotts, under pressure from President Trump. The Israelis later granted a request for Tlaib to visit her grandmother in the West Bank, but the congresswoman then said she would not go, claiming "oppressive conditions meant to humiliate me would break my grandmother's heart."

Like Cheney, the Israeli government argued the congresswomen held objectionable positions on Israel. "We won’t allow those who deny our right to exist in this world to enter Israel. In principle, this is a very justified decision," Israel's deputy foreign minister said.

Israeli Prime Minister Benjamin Netanyahu similarly derided their planned visit as a way "to strengthen the boycott against us and deny Israel's legitimacy."

When Tlaib rejected Israel's offer to see her grandmother in the West Bank, Israel's interior minister said it showed that the Michigan congresswoman's "hate for Israel overcomes her love for her grandmother."

Tlaib explained her decision on Friday, arguing that, "Silencing me & treating me like a criminal is not what she wants for me."

"It would kill a piece of me. I have decided that visiting my grandmother under these oppressive conditions stands against everything I believe in--fighting against racism, oppression & injustice," she tweeted.