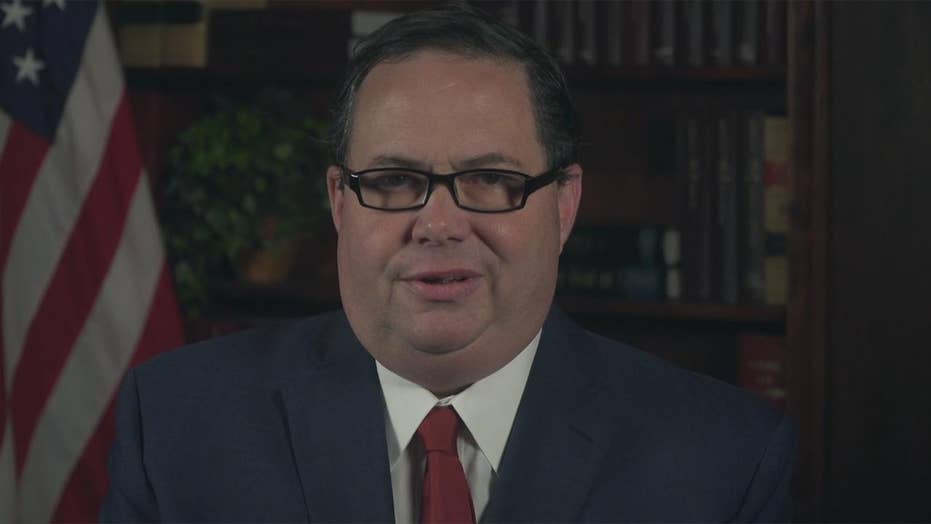 Texas congressman says he won't seek reelection when his term is up.

“I think he’s made the right decision that he’s going to be leaving Congress,” Ryan said Thursday during a press conference.

Farenthold admitted to CNN that he called members of his staff “f—ktards” but said he used the term “in jest, not in anger,” but added “in hindsight, I admit it wasn’t appropriate.”

Michael Rekola said things got so bad that he was forced to seek psychological counseling and medical treatment.

Rekola told CNN that right before his 2015 wedding, Farenthold told him he should have his fiancee perform oral sex because "it will be the last time."

Farenthold also joked about whether Rekola’s now-wife could wear white on her wedding day – a reference to premarital sexual experiences.

She sued him and was paid $84,000 from a public fund on behalf of Farenthold for a sexual harassment claim.

Though Farenthold said he'd reimburse the Treasury Department, such payments have drawn public criticism from people saying lawmakers should use their own money for such settlements.

Other staffers have accused Farenthold of routinely commenting on the size of women’s breasts and making jokes about being on “redhead patrol” because he was attracted to women with red hair.

"I think it's a shame. He's my friend; I think he's been a good congressman. I wish he had been able to tell his side of the story and that this one issue wasn't making so much difference," Bergsma said.

"I don't think he had done anything that devastating, and the thing that's really hurting him is that it was public money," Bergsma said, referring to the use of Treasury money to pay the settlement. "And the way the law is structured, my understanding is, he didn't have much choice."

Farenthold, a sixth-generation Texan, is the eighth member of the Texas delegation to announce he will leave Congress.