"Senator Perdue still owes my wife an apology for all the death threats she got after he asked for my resignation, and I've not heard one peep from that man since," Raffensperger said. "He wants to call me, face-to-face, man-to-man, I'll talk to him off the record. But he hasn't done that."

Following the Nov. 3 presidential election, both Perdue and Georgia's other Republican senator, Kelly Loeffler, demanded that Raffensperger step down over his alleged failure "to deliver honest and transparent elections." Raffensperger has also come under fire from the president's campaign over unsubstantiated claims of irregularities in the Georgia vote count.

The Georgia secretary of state also denied he recorded a weekend phone conversation with Trump that was subsequently leaked to The Washington Post, a leak Perdue described late Sunday as "disgusting."

"I didn't know it was being recorded," Raffensperger told MacCallum. "I just was at my home with my wife and I had it on speakerphone, but I didn't record anything in my house, but I was making notes."

Raffensperger also took issue with claims by Trump's legal team that the conversation was private and should not have been leaked.

"Well, it wasn't privileged, we were just told that the president wanted to have a conversation," he said. "I knew it was about the [November] results, perhaps it was about the runoff that we're having tomorrow ... But since there is ongoing litigation, I want to make sure I had my general counsel there so he could answer any questions or just make sure that we didn't harm any of our legal interests because we believe that their lawsuits have no standing." 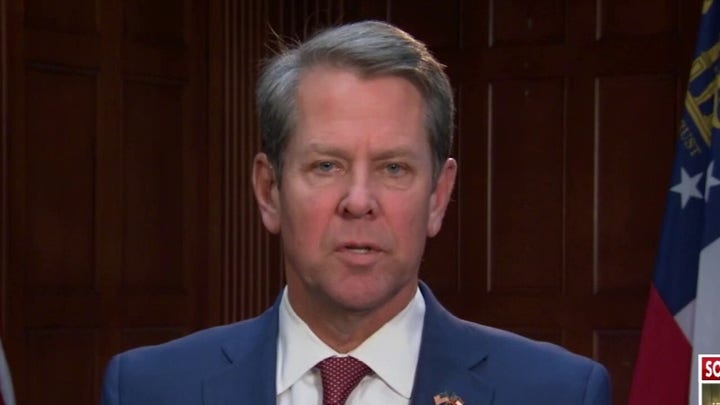 Raffensperger declined to say whether he had advance knowledge that the Saturday phone call would be leaked to the post, telling MacCallum: "That recording is out there and now people can look at the entirety of the comments that were said and then they can see what he said."

"Did you say, 'OK, let's go ahead and release the audio of the phone call?'" MacCallum asked.

"The information is out there. It is what it is," Raffensperger responded.

"I think that we have to respond to the president's Twitter and we responded with the facts of the call," Raffensperger answered. "That's how it got out there, so that the world can just see what was in there. They can make their own decisions."