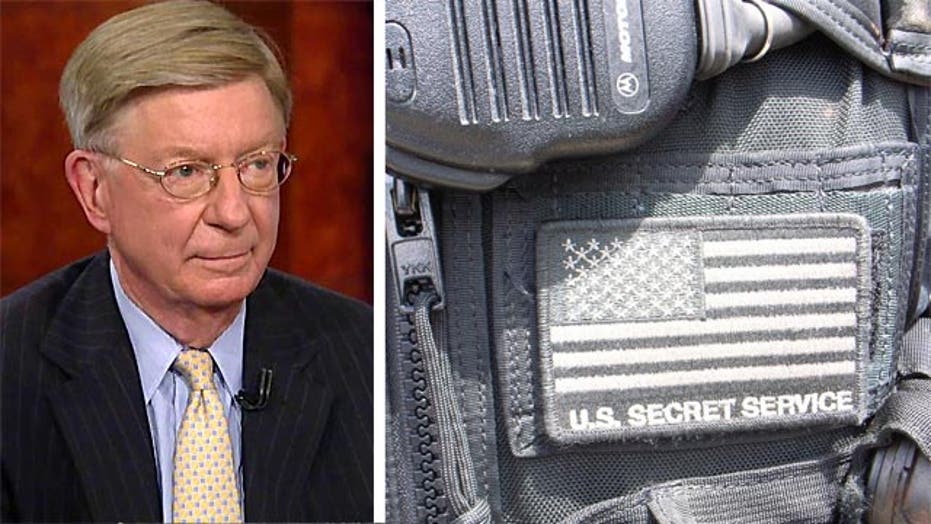 Will on Secret Service

George Will said Tuesday on "Special Report with Bret Baier" that recent security breaches show there is clearly something wrong with the culture at the Secret Service, calling the agency "the most uncontrolled bureaucracy in this town."

Will, a syndicated columnist and a Fox News contributor, spoke out as lawmakers from both parties slammed the Secret Service after an intruder was able to get deep into the White House on Sept. 19.

Will said that this and other incidents, such as a 2012 prostitution scandal that erupted during a presidential visit to Colombia, show there is a serious problem at the agency.

"Look, there's obviously something wrong with the culture of the Secret Service agency," he said. "We've seen it in Colombia, the misbehavior of agents overseas, and all the rest."

Will said he believes part of the issue is the agency has little oversight because of the nature of its task.

Will added he believes the Secret Service will blame its problems on the culture in Washington, rather than its own failures.

"The Secret Service will say they don't have A, enough money and B, enough power to restrict movement around Washington so they will sort of grandize themselves in this regard," he said.