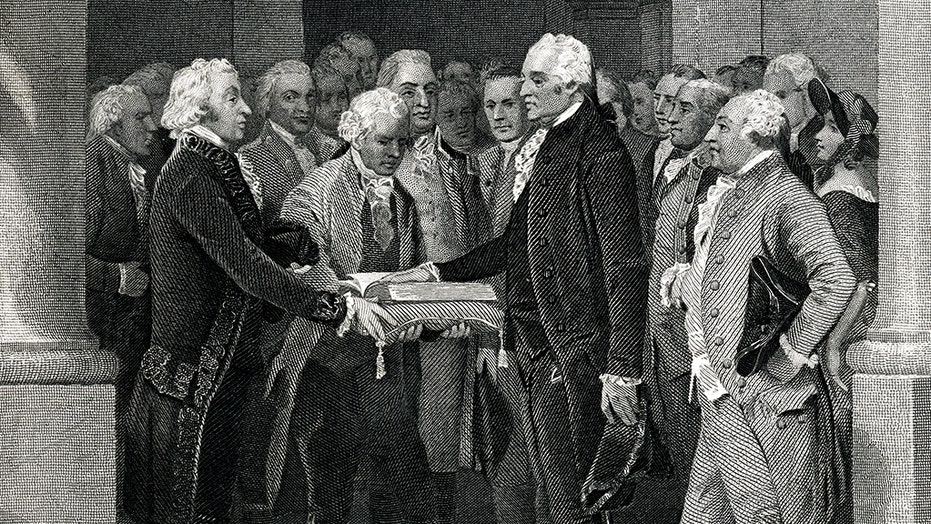 On this day in history, in 1789, George Washington was elected the first President of the United States.

Washington, then 56 years old, was unanimously elected by all 69 electoral votes, a distinction never achieved by any subsequent presidents.

Presidential electors were chosen from each state between Dec. 15, 1788, and Jan. 10, 1789. Only 10 states cast electoral votes, with New York having failed to put forth electors, and North Carolina and Rhode Island having not yet ratified the Constitution.

Engraving of the fhe First Inauguration Of President George Washington on April 30th, 1789.

As a national hero, Washington was everyone’s first choice. He’d served as the commander in chief of the Continental Army during the American Revolution and was president of the 1787 Constitutional Convention in Philadelphia.

Per Article II of the Constitution, electors in the Electoral College have two votes and candidates who receive the majority are elected president. Candidates in second place are elected vice president. John Adams, who had served as the first U.S. ambassador to Great Britain, became the first vice president of the United States.

Washington took the presidential oath of office on April 30, 1789, at Federal Hall in New York City -- then the capital of the United States -- and was inaugurated as the nation’s first president.