Papadopoulos on what he wants the American people to know

On 'Hannity,' former Trump campaign aide and his wife share their experience with the Mueller probe.

George Papadopoulos, who misled federal investigators about his meetings with Russia-connected Maltese professor Joseph Mifsud, spoke to Fox News to share his version of events.

He said because of the “chaotic moment,” he made a mistake.

Papadopoulos was sentenced last Friday to 14 days in prison and a $9,500 fine for lying to the FBI during Special Counsel Robert Mueller’s probe into Russian interference in the 2016 election. Mueller’s team had sought a longer six-month sentence.

According to the Mueller team’s federal indictment, the 31-year-old was told by Mifsud in April 2016 that Russian officials had “dirt” on Hillary Clinton in the form of “thousands of emails.” The defense portrayed Papadopoulos, who served as a foreign policy adviser to President Trump’s campaign, as an eager aide who was in over his head, and pushed back on claims by the prosecution that he had harmed the FBI investigation. 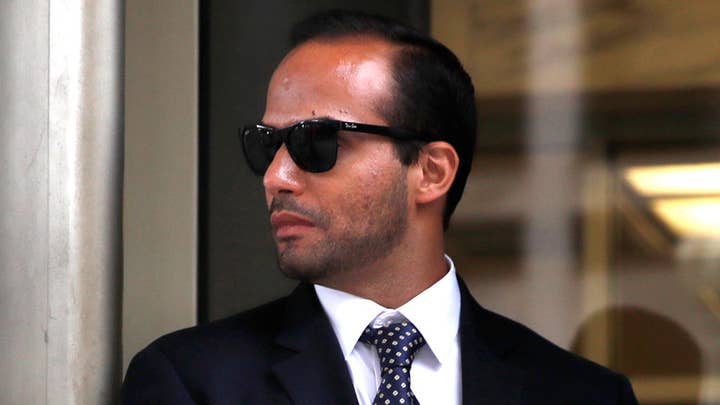 Papadopoulos said on “Hannity” he never met a Russian during the campaign.

Papadopoulos told Hannity it felt like a bomb was dropped on him.

Over drinks in London, Papadopoulos then told Australian diplomat Alexander Downer about his conversations with Mifsud. Downer was said to have informed U.S. officials, leading the FBI to open its Russia investigation during the 2016 election.

Papadopoulos told Hannity that he alerted the FBI to his conversations with Downer because of his suspicions.

Papadopoulos appeared with his wife, Simona Mangiante Papadopoulos, who has been campaigning on his behalf. They met through Mifsud.

Noting she gave the information to Congress and the FBI, Papadopoulos’ wife said she knew the professor for five years through the European Parliament, and his background didn’t fit the narrative of a Russian agent. 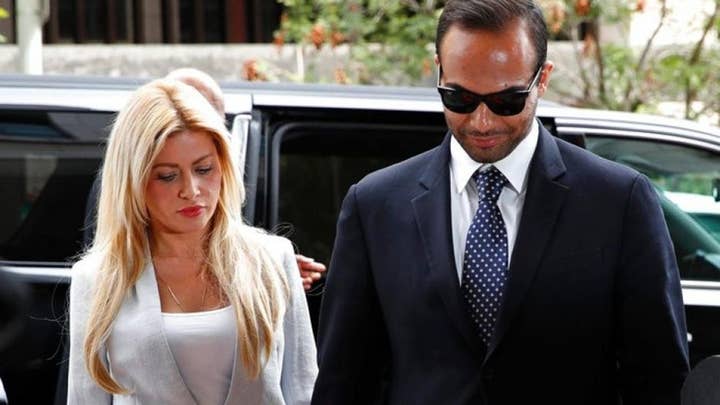 PAPADOPOULOS SENTENCED TO 14 DAYS IN PRISON

Lawyers for the Democratic National Committee have said it's possible Mifsud is dead.

In a filing in the U.S. Southern District of New York, the DNC said Mifsud “is missing and may be deceased.” The lawyers said they will “monitor news sources” for any indication of Mifsud’s whereabouts and “will attempt service on Mifsud if and when he is found alive.”

However, a close associate of the professor told The Daily Caller that Mifsud apparently is alive, living under another identity.

The DNC is suing Mifsud and others as part of its lawsuit accusing Trump officials of conspiring with Russia in the 2016 election. The Trump campaign has denied any collusion with Russia.