It’s unclear if they think he’s affiliated with a British heavy metal band from the 1980s, is a drug kingpin or could be in league with Superman archenemy Lex Luthor.

Democrats are pillorying McConnell for equating himself with the Grim Reaper when it comes to killing left-wing legislation or ideas which emanate from the Democratically-controlled House of Representatives. There’s the “Cocaine Mitch” nickname floating around. And, Sen. Chris Murphy, D-Conn., thinks political Kryptonite is afflicting McConnell and other Senate Republicans, immobilizing them from legislating.

“Sen. McConnell, as I said to you last week, describes himself as the Grim Reaper,” said House Speaker Nancy Pelosi, D-Calif. “The Senate is the graveyard where bills that pass in the Congress, that have bipartisan support in the country, go to die.”

“Grim Reaper” was a moderately successful heavy metal band from three decades ago. Their album covers depicted a cloaked visage of Death mounted on a horse. Death clutched a bloody scythe in his hand, two illuminated eyes shining from beneath a cloak. For the record (or, cassette tape, as it were), Grim Reaper put out three albums in the 1980s: “See You in Hell” in 1983. “Fear No Evil” in 1985 and “Rock You to Hell.” VH1 ranked the title track “See You In Hell” as the 38th worst metal song of all-time. 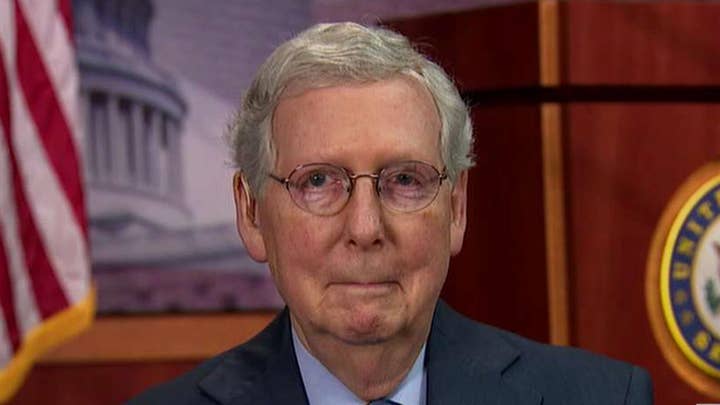 McConnell generated his own Grim Reaper moniker. In an interview on Fox News, the Kentucky Republican declared he was “the Grim Reaper when it comes to the Green New Deal.”

McConnell has long embraced gallows equivalencies with his post as Senate Majority Leader.

“It’s a little bit like being the groundskeeper in a cemetery,” said McConnell. “Everybody’s under you. But nobody’s listening.”

This is a far cry from how former Senate Majority Leader Trent Lott, R-Miss., used to describe the role. Lott characterized the job as “herding cats.” At least that had a warm and fuzzy connotation.

Of course, McConnell has some choices, too. It’s unclear if he prefers the Grim Reaper sobriquet or “Cocaine Mitch.” Former Republican West Virginia Senate candidate Don Blankenship christened McConnell with the “Cocaine Mitch” handle after 90 pounds of coke were found aboard a shipping vessel owned by his wife’s family. McConnell likes the byname. You can purchase a “Cocaine Mitch” t-shirt from McConnell’s website for $35. The shirts are emblazoned with the words “Cartel Member.”

There are questions as to whether it’s appropriate for McConnell to brazenly adopt “Cocaine Mitch,” considering the nation’s drug problem. That’s to say nothing of the issues involving drug smuggling at the border.

So Democrats will hammer McConnell over his nickname(s) in an effort to craft a narrative about the Senate. The Senate has mostly focused this year on confirming nominees. Senators have voted on just a few bills all year long.

At a press conference, Chris Murphy gave Senate Republicans an earful the other day. He blasted them about health care and other pieces of legislation.

“Most days, Senate Republicans are pretending that they aren't actually members of Congress. They pretend as if Donald Trump is Kryptonite, having robbed their powers to legislate,” said Murphy. “They can legislate. They can pass legislation. They could use their voices.”

Democrats are flummoxed about the problem. 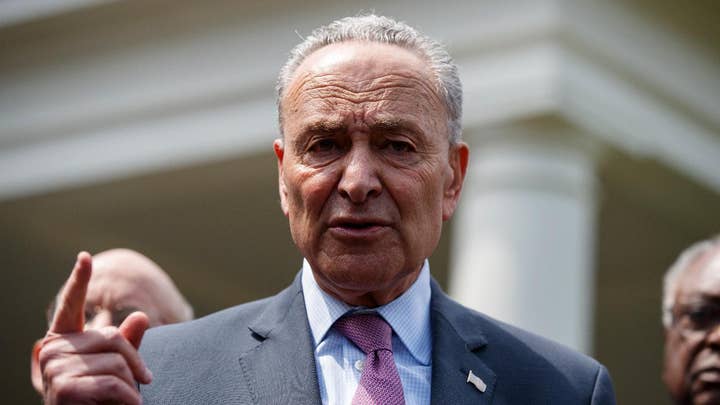 Someone in the crowd hollered “the sun!”

Schumer ran with it.

“We are the sun antidote to Kryptonite!” thundered the New York Democrat.

In the DC Comics canon, Superman is blessed with an array of powers. Herculean strength. X-ray vision. Heat vision. Freezing cold breath (really?). Speed. The ability of fly. You know the mantra. “Faster than a speeding bullet! More powerful than a locomotive! Able to leap tall buildings in a single bound!”

Superman came to Earth from the planet Krypton, which exploded. But just before Krypton’s demise, Superman’s parents sent their son (then, Kal-El) to Earth in a space-basinet. Superman derives his powers from the sun in this universe. Kryptonite, pieces of the doomed planet Krypton, are lethal to Superman here. Superman’s only protected from Kryptonite if it’s encased in lead. The Man of Steel’s arch villains - ranging from Lex Luthor to Brainiac to General Zod – have all tried to debilitate Superman with Kryptonite at one point or another.

But back at the press conference, Schumer wondered if there was another way to neutralize Kryptonite.

“I thought it was saying that guy's name backwards. Mr. Mxyzptlk. But that's something else. Remember him?” said Schumer.

Schumer’s referring to the impish villain who periodically surfaces from the Fifth Dimension. Mr. Mxyzptlk torments Superman and the rest of Metropolis in bizarre ways. You pronounce his surname “mix-yezz-PITT-uh-lik.” But to remand Mr. Mxyzptlk to the Fifth Dimension for 90 days, you must con him to utter the last name backwards. That’s pronounced “kell-tipp-ZIXX-um.” 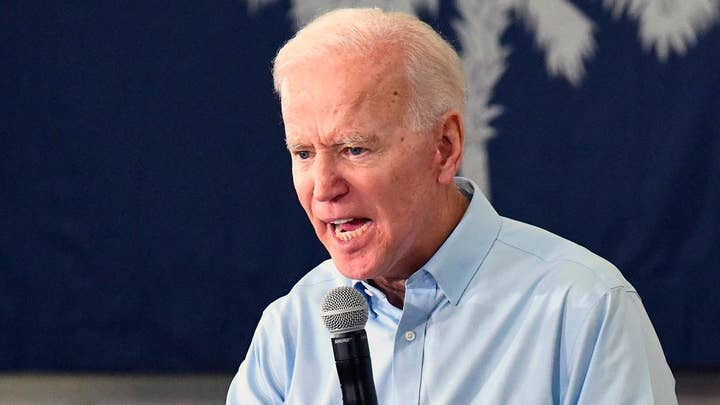 For years, Republicans toxified Pelosi during her first tour as speaker. The gambit worked. Pelosi’s approval ratings plummeted and GOPers made Pelosi the central figure in their 2010 campaign to retake the House.

Democrats think the nicknames about McConnell could double as Kryptonite and undermine vulnerable Senate Republicans.

It’s unclear if the maneuver will work. But Republicans lack a lead box in which to hide the Kryptonite. And Republicans wish they could just say Mr. Mxyzptlk’s name backwards to dispatch Democratic attacks to the Fifth Dimension.