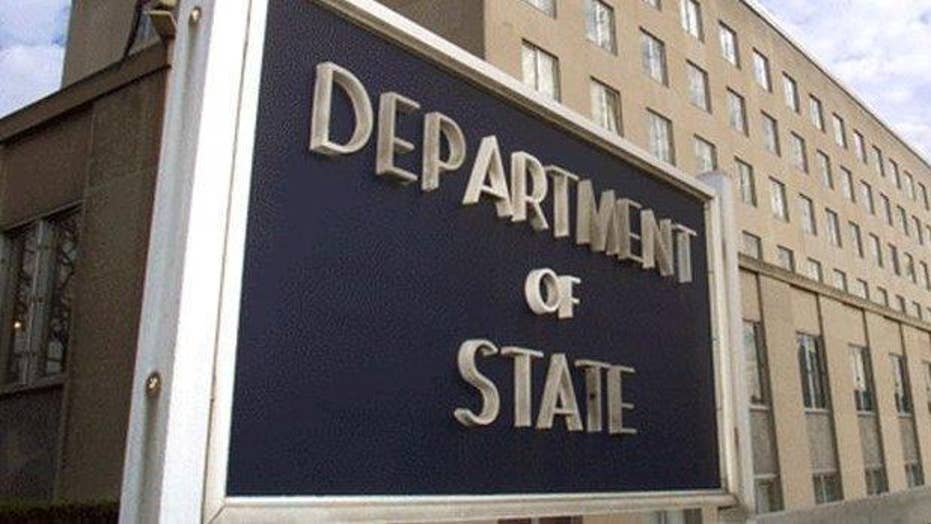 A federal judge sentenced former State Department employee Candace Claiborne to more than three years in prison and a $40,000 fine Tuesday for accepting thousands of dollars in cash and gifts from Chinese intelligence agents in exchange for information.

U.S. District Court Judge Randolph Moss said, “sentencing is never easy,” but also called Claiborne’s crime, “a truly grave offense, a betrayal of her employer and a betrayal of her country” before giving her 40 months in prison in a Washington D.C. courtroom.

Claiborne, 63, whom Moss agreed up until now had been a model citizen with no criminal history, said, “I’m sorry for what I did.” She pleaded guilty to one count of conspiracy to defraud the United States in April and faced up to five years in prison.

STATE DEPT. CONTRACTOR ALLEGEDLY PAID BY CHINESE AGENT TO SPY ON AMERICANS – YET NO CHARGES FILED

Claiborne, who held a top-secret security clearance, began working as an Office Management Specialist for the State Department in 1999. She served in multiple postings in Baghdad and Khartoum, Sudan, as well as Beijing and Shanghai.

“This is not what I had envisioned for my life... I still don’t know how I lost myself,” Claiborne told the judge. "I lost my job, reputation and the trust of the government. I made a terrible mistake and now I'm paying the price."

Federal prosecutor Thomas Gillice pressed for the maximum sentence, saying Claiborne knew what she was doing was wrong and kept doing it for her own financial gain for a long period of time.

“She did this repeatedly over a period of years and at the expense of her country,” said Gillice.

The government produced extensive evidence of contacts between Claiborne and two Chinese intelligence agents, including emails, text messages and at least one voicemail. Some of the documents she shared with the agents included U.S. economic strategies and visits by dignitaries between the two countries.

Prosecutors highlighted some of the conduct that occurred in 2011.

Over five years, the agents provided Claiborne with cash, meals, tuition payments for a Chinese fashion school, vacations, a furnished apartment, a laptop, a phone and a monthly stipend. Some of the gifts were given directly to Claiborne and others to her close family members.

In her journal, she noted that working for one of the agents could “Generate 20k in 1 year," the Justice Department said. In an email between Claiborne and a Chinese agent, the agent said: "I will help your kids and also you make money in China."

Prosecutors also presented a ledger from Claiborne that specified a to-do list, which included "Clean up Yahoo contacts."

Moss noted that none of the information Claiborne gave to the Chinese was classified, but said it was still internal government information and that he wanted to send a message that this kind of conduct was “unacceptable.”

"If this has been classified information we would be talking about a sentence three or four times longer than this," Moss said.

In an effort to conceal her crimes, Claiborne instructed her co-conspirators to delete evidence of her connection to the agents.

As a term of her sentencing, Claiborne will also serve 36 months of supervised release and will sit down for an interview with the FBI as well as cooperate for a video with the State Department that may be used as a deterrent for current employees.