One of former President Bill Clinton's past advisers is pleading with Hillary Clinton not to run for president in 2020, amid speculation that she is mulling throwing her hat once again in the ring.

Lanny Davis, the former special counsel to President Clinton, said Wednesday that he would advise Hillary Clinton against launching another bid for the presidency “for her sake and her family’s sake.” 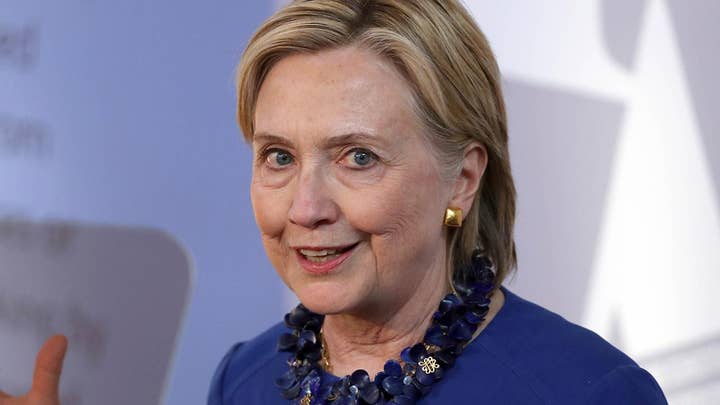 Davis noted that he does not know if Clinton is actually considering another run, which would be her third, but speculation has kicked up again since the New York Post reported over the weekend that she might be gearing up for another bid.

While most Democratic strategists doubt that Clinton would go through this again – with former Clinton campaign strategist Adrienne Elrod calling it “a pipe dream” – the former secretary of state’s ramped-up schedule of public appearances and her fundraising appeals in recent weeks have done little to temper the rumors.

Clinton has appeared at a number of high-profile events, such as ones for the Clinton Foundation and at Oxford University – and she is slated to appear alongside potential 2020 candidates Sens. Bernie Sanders and Elizabeth Warren in Pittsburgh this weekend for the biennial convention of the American Federation of Teachers (AFT).

Continuing her strong criticism of Trump, Clinton has also started a fundraising drive for migrant children and their families being separated at the border.

With donations coming in via Twitter, Instagram and Facebook, the former first lady has raised more than $1.5 million with the funds going to several groups such as the American Civil Liberties Union, the Asylum Seeker Advocacy Project, the Florence Immigrant and Refugee Rights Project.

Clinton is next scheduled to appear at the third annual Ozy Fest, which bills itself as "part music festival, part TED Talk, part food fair,” on June 21 and 22 in New York City’s Central Park.