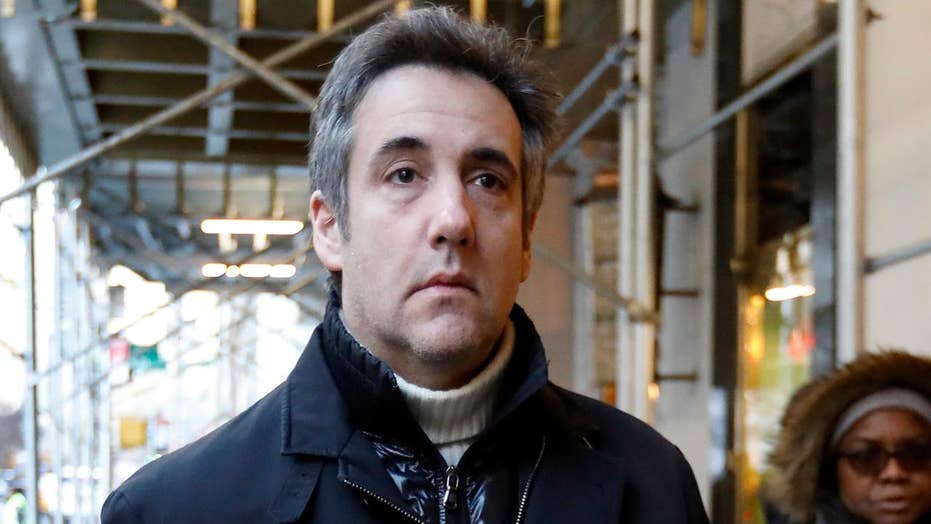 Implications of the Cohen sentencing memo

The U.S. Attorney for the Southern District of New York filed a sentencing memo as part of its criminal investigation and grand jury probe into Cohen’s personal business dealings. Cohen pleaded guilty to several counts of tax and business fraud. He also pleaded guilty to making an excessive campaign contribution.

The memo stated that the range of imprisonment for Cohen and his crimes is 51 to 63 months. It also noted that the court's Probation Department had recommended a sentence of 42 months, "albeit for different reasons."

"This range reflects Cohen’s extensive, deliberate, and serious criminal conduct," prosecutors said in the memo. It added that while Cohen "should receive credit for his assistance" in Special Counsel Robert Mueller's investigation, he should still be given a "substantial term of imprisonment, one that reflects a modest downward variance from the applicable guidelines range.”

The filing acknowledged that while Cohen had cooperated with officials and disclosed important information to Mueller’s team, his cooperation was “overstated.”

“To be clear: Cohen does not have a cooperation agreement…and therefore is not properly described as a ‘cooperating witness,’ as that term is commonly used in this District,” the memo read.

Filings by prosecutors from both New York and special counsel's office laid out details of the cooperation of President Trump's former attorney Michael Cohen; analysis from the 'Special Report' All-Stars.

The sentencing memo from the Southern District of New York comes just one week after Cohen pleaded guilty to making false statements to Congress about an abandoned Trump real estate project in Moscow as part of Mueller’s investigation into Russian meddling and potential collusion with Trump campaign associates in the 2016 presidential election.

Cohen’s guilty plea in Mueller’s investigation signaled his apparent willingness to cooperate with the special counsel and provide potentially valuable testimony to investigators regarding his relationship with the president and Trump's actions in exchange for leniency when sentenced to prison—a move Trump himself has blasted in recent days.

Soon after the filing was made public, Trump tweeted that the document "Totally clears the President. Thank you!"

"Mr. Cohen has repeatedly lied and as the prosecution has pointed out to the court, Mr. Cohen is no hero," Sanders added.

Federal prosecutors said that Cohen was “motivated” by “personal greed” and “repeatedly used his power and influence for deceptive ends.”

“Cohen, an attorney and businessman, committed four distinct federal crimes over a period of several years,” the memo read. “The crimes committed by Cohen were more serious than his submission allows and were marked by a pattern of deception that permeated his professional life (and was evidently hidden from the friends and family members who wrote on his behalf.)”

“He was motivated to do so by personal greed, and repeatedly used his power and influence for deceptive ends,”

— The U.S. Attorney General’s Office for the Southern District of New York

The memo revealed that Cohen arranged for one of the payments "through a media company and disguised it as a services contract, and executed the second non-disclosure agreement with aliases and routed the six-figure payment through a shell corporation.  After the election, he arranged for his own reimbursement via fraudulent invoices for non-existent legal services ostensibly performed pursuant to a non-existent 'retainer' agreement."

Is there a scope limitation for Mueller?

The memo states that when payments began to surface, Cohen "told shifting and misleading stories about the nature of the payment, his coordination with the candidate, and the fact that he was reimbursed."

Trump repeatedly denied having knowledge of the payment to Daniels, whose real name is Stephanie Clifford. He and his attorney, Rudy Giuliani, have provided conflicting accounts of whether the president was aware in the transaction.

Daniels' lawyer, Michael Avenatti, tweeted that Cohen "lied to my client, the American people and investigators for years. He is a thug and deserves to be severely punished."

The memo also revealed that during the 2016 presidential campaign, Cohen "privately told friends and colleagues, including in seized text messages, that he expected to be given a prominent role and title in the new administration."

"When that did not materialize, Cohen found a way to monetize his relationship with and access to the president.  Cohen successfully convinced numerous major corporations to retain him as a “consultant” who could provide unique insights about and access to the new administration, the memo read. "Some of these corporations were then stuck making large up-front or periodic payments to Cohen, even though he provided little or no real services under these contracts.  Bank records reflect that Cohen made more than $4 million dollars before the contracts were terminated."

In a separate memo, Mueller's office detailed Cohen's cooperation with the special counsel's investigation. They described the information Cohen provided as "credible and consistent with other evidence obtained in the ... ongoing investigation."

The memo said Cohen had investigators that he had spoken with "a Russian national who claimed to be a 'trusted person'" and offered the Trump campaign "'political synergy' and 'synergy on a government level'" in November 2015. Cohen told investigators that the unidentified Russian repeatedly proposed a meeting between Trump and Russian President Vladimir Putin, which the person said "could have a 'phenomenal' impact 'not only in political but in a business dimension as well.'" Ultimately, Cohen "did not follow up" with the individual.

Rudy Giuliani, President Trump's attorney, told Fox News that Cohen corresponded with the individual on his own and the person's offers were not conveyed to then-candidate Trump.

Two months earlier, in September 2015, Cohen suggested in a radio interview that Trump meet with Putin during the Russian leader's trip to the United Nations General Assembly. The special counsel memo said Cohen admitted that he had "conferred with [Trump] about contacting the Russian government before reaching out to gauge Russia's interest in such a meeting."

Cohen is scheduled to be sentenced Dec. 12.