Senate Environment and Public Works Committee Chairman John Barrasso issued a letter asking EPA Administrator Scott Pruitt to disclose all his email addresses and affirm that all were being searched in response to Freedom of Information Act requests.

“Can you confirm that the EPA does in fact search all your official email accounts when responding to [Freedom of Information Act] requests?” Barrasso asked Pruitt in the letter, according to The Hill.

In his letter, Barrasso, a Wyoming Republican, recounted that during confirmation hearings last year Pruitt had assured the senators he would not take any actions that would make it more difficult or impossible to access his official written communications under FOIA.

EPA spokesman Jahan Wilcox said Tuesday that the agency maintains two email addresses for Pruitt that are used by his staff for public correspondence and maintaining his calendar. A third is used by Pruitt himself while a fourth account was created but never was used, the spokesman said.

Wilcox said Pruitt had not used private email to conduct public business while at EPA.

“When we receive a FOIA request all accounts are searched before we respond,” Wilcox said. 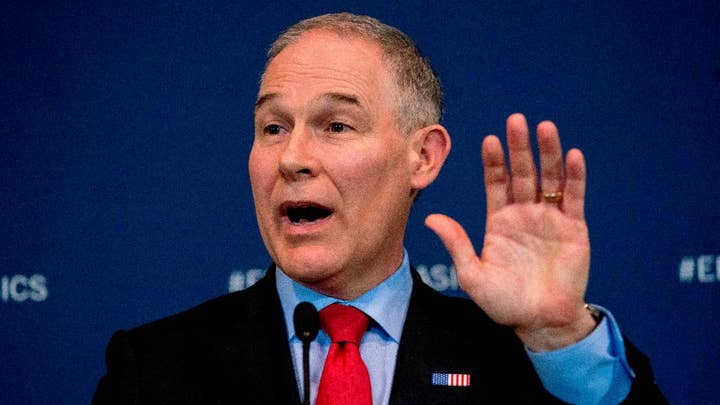 The National Archives and Records Administration ruled in 2013 that federal officials could use undisclosed government email accounts to conduct official business as long as the messages are safely preserved and turned over under FOIA.

Pruitt has been under intense scrutiny since it was first revealed last month that he had stayed last year in a bargain-priced Capitol Hill condo tied to a fossil-fuels lobbyist. The EPA administrator and those around him are the subject of multiple investigations launched by government watchdogs and congressional committees looking into luxury travel expenses, outsized security spending and massive raises awarded to political appointees.

EPA’s inspector general has at least five ongoing Pruitt-related probes, while the House oversight panel on Friday demanded interviews with five of his closest aides.

Barrasso’s letter followed one sent last week by Democratic Sens. Jeff Merkley of Oregon and Tom Carper of Delaware asking EPA’s inspector general to review the issue. The two Democrats, both members of the Senate Environment and Public Works Committee, expressed concern that the agency’s searches for public records may not have covered all of the EPA administrator’s accounts.

Pruitt also has previously faced questions about transparency with his emails. 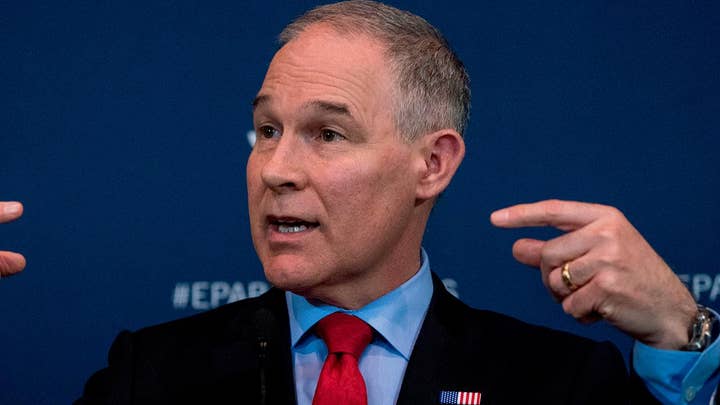 An Oklahoma judge ruled last year that Pruitt, the state’s former attorney general, had violated public records laws by improperly withholding his correspondence for at least two years. Thousands of emails eventually were released under court order, but only after Pruitt had already won Senate confirmation for his current job.

Those Oklahoma emails showed ties between Pruitt and his state’s oil and gas industry, including close coordination on lawsuits challenging EPA environmental regulations.

When a summer thunderstorm knocked out power to Scott Pruitt’s home in 2013, for example, the then-attorney general directed his executive assistant to coordinate with a lobbyist for American Electric Power to get the lights back on quickly.

Records also showed Pruitt occasionally used a private email account to communicate with state staff, despite assurances he made during his Senate confirmation process that he always had used a state email account for government business.

Democrats later accused Pruitt of being untruthful in his sworn testimony before the committee.