Elian Gonzalez, the object of a 1999-2000 custody squabble involving Washington, Havana and family members on both sides of the Florida Strait, holds a piece of U.S. legislation directly responsible for what he endured then, Cuban official media said Monday.

"They were very sad times for me, which marked me for my whole life. I was never given the chance to have a moment to think about my mother, who as a result of that (U.S.) Cuban Adjustment Act died at sea," the now-19-year-old Gonzalez said last weekend during a Union of Young Communists event.

Gonzalez was 5 years old in November 1999 when miraculously he remained floating on an inflated inner tube after the sinking of the boat carrying undocumented immigrants, including his mother, Elizabeth Brotons, who died along with 10 others while trying to reach the Florida coast from Cuba.

The 1966 Cuban Adjustment Act led in practice to Washington's wet foot, dry foot policy, which gives Cuban migrants who reach U.S. soil the right to remain in the country.

"I suffered the consequences of that law. They also violated my basic rights gathered in the (U.N.) Convention on the Rights of the Child: the right to be together with my father, the right to keep my nationality and to remain in my cultural context," Gonzalez said.

He also acknowledged "the nobility" of the U.S. people, who - although "often they are also the victims of disinformation" - sympathized with his plight.

After his rescue at sea, Elian Gonzalez was placed in the temporary custody of relatives in Miami, a move that sparked a bitter legal, family and political dispute between the Cuban and U.S. governments that ended with his return to the communist island with his father in June 2000. 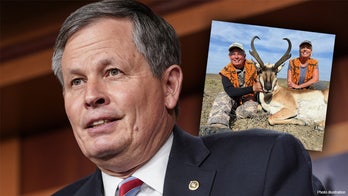