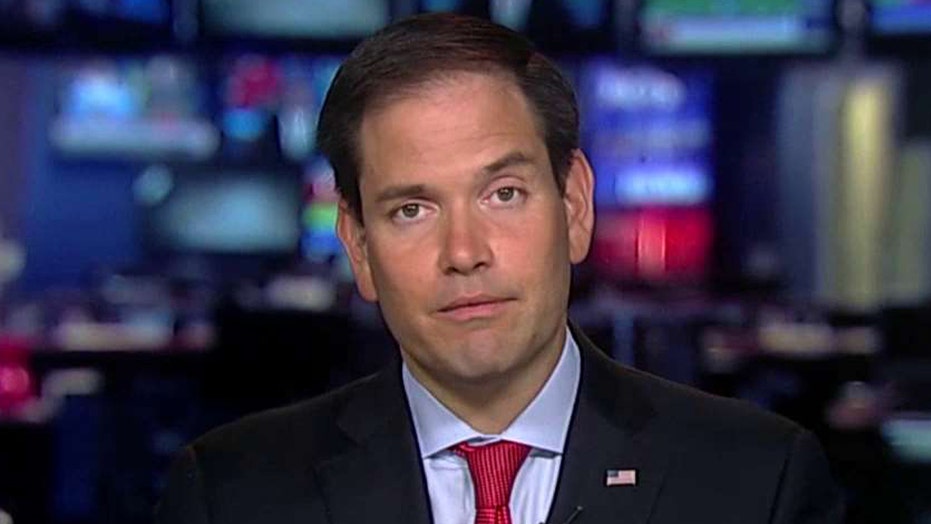 Washington Democrats’ strong bid to take control of the Senate by defeating several Republican incumbents is showing signs of struggling in the final weeks of the election cycle.

In Florida, Democrats targeted first-term GOP Sen. Marco Rubio, considering his failed effort to fix the country’s problematic immigration system and him frequently abandoning Capitol Hill responsibilities to run for president made him unpopular among voters.

But with less than six weeks before Election Day, Rubio is maintaining a roughly 6-percentage-point lead. And the Democratic Senatorial Campaign Committee is cutting back a planned advertising blitz in Florida, which includes canceling ads into early October.

The group, whose primary goal is to keep and win Senate seats, says it stands behind candidate Patrick Murphy. However, such a move late in the election cycle usually means a change in strategy in which such groups reallocate remaining money to states where TV advertising costs far less and they have better chances in November.

Democrats must win at net total of four or five seats to retake control of the Senate.

At the start of start of the cycle, Democrats targeted the seat occupied by Rubio as well as those of GOP incumbents Sens. Rob Portman, Ohio; Kelly Ayotte, New Hampshire; Ron Johnson, Wisconsin; and Pat Toomey in Pennsylvania -- all battleground states where they had hoped, at the very least, Republican president nominee Donald Trump’s sometimes divisive campaign would help their cause.

In New Hampshire, Ayotte, a first-term senator, is clinging to a 2.5 percentage point lead over Democratic challenger Gov. Maggie Hassan.

And in Pennsylvania, which has voted for the Democratic nominee in the past six presidential elections, Toomey is in a dead heat with Democratic challenger Katie McGinty.

In Indiana, former Democratic senator and Gov. Evan Bayh is having a harder-than-anticipated time trying to win the open Senate seat held by Republican Dan Coats, amid reports about recent years working as a consultant at a Washington lobbying firm, as reported earlier this week by The New York Times.

The popular Bayh purportedly also entered the race with $10 million to spend, but attack ads by outside conservative groups have in recent weeks essentially cut in half his double-digit lead over GOP Rep. Todd Young.

The RCP average now has Democrats winning a net total of four seats.

Bayh isn’t the only Democratic candidate getting hammered by ads from outside conservative groups, including several that have clearly stated their intentions of trying to save the Senate for Republicans instead of backing Trump.

In Florida, Rubio and outside Republican groups have recently outspent the lesser-known Murphy and Washington Democrats more than 3-to-1 with ads blasting Murphy for embellishing his resume, calling him "untrustworthy."

Murphy said he's not worried, confident of overcoming the ad onslaught though he trails in polls and many Florida voters have barely heard of him.

Republicans for Rubio are hitting Murphy for overstating claims on his resume to be a certified public accountant, small business owner and a college graduate with two degrees.

Murphy was a licensed CPA in Colorado but not Florida, where he worked for an accounting firm. He was part-owner of a business established by his wealthy father, and though a double major at the University of Miami, he earned just one degree.

Murphy has received help from the American Federation of State, County and Municipal Employees and the Senate Majority PAC, but those advertising buys have been dwarfed by outside Republican groups.