Reaction and analysis from the 'Fox News Sunday' panel.

House Democrats told the Supreme Court on Monday that they are again in the midst of an "ongoing presidential impeachment investigation" as part of their "weighty constitutional responsibility" – and, the Democrats argued, redacted grand-jury material from Special Counsel Robert Mueller’s now-completed Russia probe must be turned over as a result.

Top Democrats have repeatedly suggested since President Trump was acquitted on two articles of impeachment in February that they might initiate new impeachment proceedings. In their brief with the Supreme Court, which seeks testimony, exhibits and transcripts, the Democrats promised that leaks won't be a problem, owing to their "special protocols" that will ensure "secrecy."

"The [House Judiciary] Committee’s investigation did not cease with the conclusion of the impeachment trial," the Democrats told the nine justices on Monday. "If this material reveals new evidence supporting the conclusion that President Trump committed impeachable offenses that are not covered by the articles adopted by the House, the committee will proceed accordingly — including, if necessary, by considering whether to recommend new articles of impeachment."

Specifically, the Democrats said they were looking into "the possible exercise of improper political influence over recent decisions made in the Roger Stone and Michael Flynn prosecutions, both of which were initiated by the special counsel."

In Stone's case, the DOJ reversed a sentencing recommendation to Judge Amy Berman Jackson by former Mueller prosecutors that Stone should receive nine years in prison for obstructing Congress and related charges, saying it was obviously too harsh; indeed, Jackson later sentenced Stone to just three years in prison.

And, the DOJ has moved to dismiss Flynn's case entirely, citing a mountain of exculpatory material that has surfaced since his guilty plea on one count of false statements to FBI agents, even after prosecutors had assured the court they had turned over all potentially relevant documents. Neither Flynn nor Stone were accused of conspiring with Russians, despite months of unfounded speculation. ("Flynn to testify that Trump directed him to make contact with Russians: Report," read a false 2017 CNBC headline. ABC News' Brian Ross was suspended for the report's inaccurate claim that then-candidate Trump had told Flynn to reach out to Moscow, which the network admitted was a "serious error.")

Earlier this month, the DOJ filed an emergency request with the Supreme Court to temporarily block an order by the D.C. Circuit Court of Appeals, which held by a 2-1 vote that the government needed to turn over the grand-jury materials. The DOJ has argued that Federal Rule of Criminal Procedure 6(e) protects the secrecy of grand-jury materials and that the exception allowing the disclosure "preliminarily to or in connection with a judicial proceeding" didn't apply, especially given Trump's acquittal by the Senate in an impeachment trial earlier this year.

But, Democrats have argued that preliminary impeachment hearings in the House constitute a pending judicial proceeding. They emphasized in their filing with the Supreme Court on Monday that the D.C. Circuit Court of Appeals explicitly agreed with them on that point.

“[B]ecause that exception encompasses impeachment proceedings and the committee has established a ‘particularized need’ for the grand jury materials, the order of the district court is affirmed,” Judge Judith Rogers wrote in the D.C. appellate court's decision, siding with the House Democrats.

To establish a “particularized need" under existing case law, the Democrats noted, parties seeking grand-jury material under Rule 6(e) must show (1) “that the material they seek is needed to avoid a possible injustice in another judicial proceeding,” (2) “that the need for disclosure is greater than the need for continued secrecy,” and (3) “that their request is structured to cover only material so needed."

The lower court in the case had also held that precedent supported the idea that an impeachment trial is akin to a judicial proceeding, citing a case that allowed the disclosure of grand jury material for the impeachment investigation of President Richard Nixon.

Special counsel Robert Mueller walks from the podium after speaking at the Department of Justice Wednesday, May 29, 2019, in Washington, about the Russia investigation. (AP Photo/Carolyn Kaster)

The Circuit Court also agreed that the lower court properly used its discretion in determining that the possibility of new articles of impeachment stemming from the grand jury materials satisfied the requirement for a “particularized need.”

The Justice Department has also emphasized the need for a pause in the case. "Absent a stay of the court's mandate, the government will have to disclose those materials on May 11, 2020, which would irrevocably lift their secrecy and possible frustrate the government's ability to seek further review," the DOJ wrote in their filing, explaining the necessity for the Supreme Court to step in.

But, the Democrats maintained, any delay would serve no legitimate purpose for the DOJ, and only continue to frustrate their Article I impeachment power.

Mueller's probe – which had a sweeping mandate that extended well beyond a collusion probe, newly released documents show – secured convictions of some Trump deputies. For example, ex-campaign chairman Paul Manafort was convicted of bank and tax fraud and Roger Stone was convicted on obstruction charges. 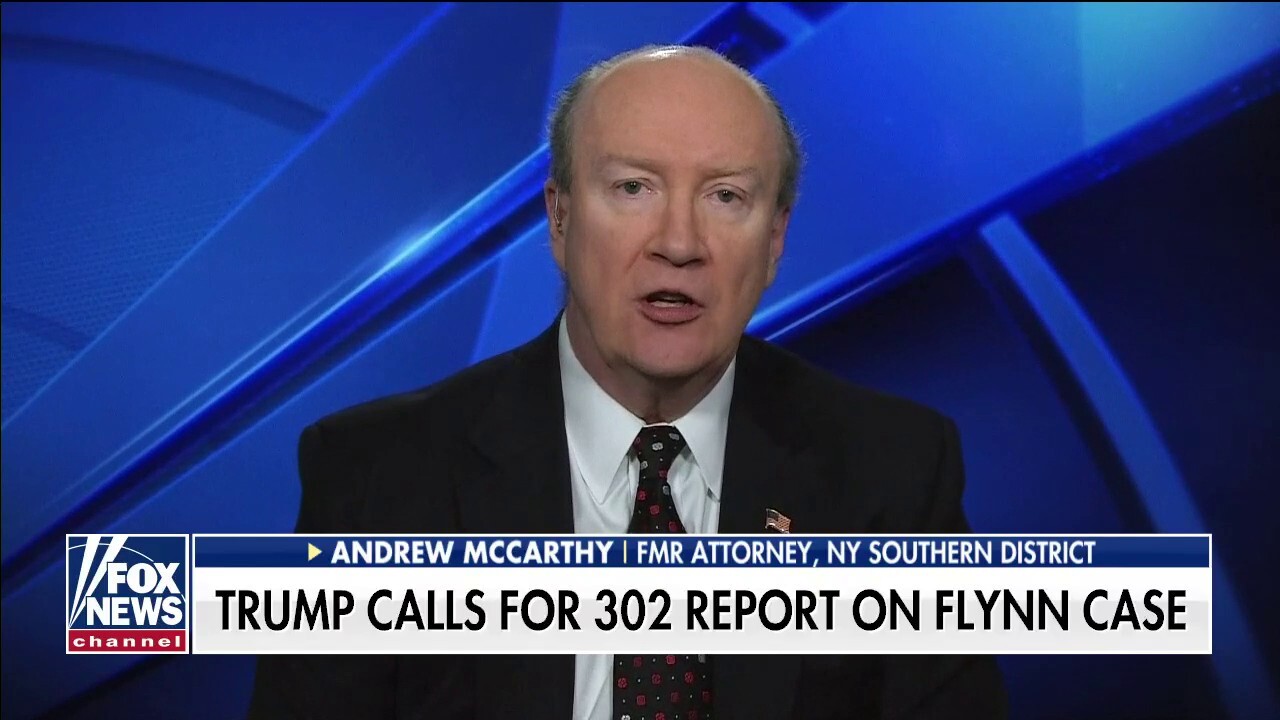 But, Mueller found no evidence supporting theories that Trump or his campaign conspired with Russia to sway the 2016 election, and none of Mueller's convictions of U.S. persons related to collusion. Apparent misconduct in the DOJ, meanwhile, has recently turned the focus on the prosecutors involved in the Trump probe – including Brandon Van Grack, who did not comply with a court order to turn over the exculpatory material in Flynn's case.

In a striking and unexpected abandonment of a once-heralded prosecution initiated by Mueller, the Justice Department moved in March to drop charges against two Russian companies that were accused of funding a social media meme campaign to further their “strategic goal to sow discord in the U.S. political system, including the 2016 presidential election.”

Trump has noted that no Russian collusion with his campaign was ever proven, and Republicans and even left-of-center commentators argued that Russian disinformation was mostly irrelevant, given that social media and other platforms are already rife with inaccuracies.

"Before a pandemic, there was a time when we were relentlessly told to fear Russian social media accounts," mused journalist Aaron Mate on Monday. "Their juvenile memes not only elected Trump, but also 'sowed chaos.' When Mueller indicted 13 Russians over it, he was hailed as a hero. Well, DOJ just dropped the case."