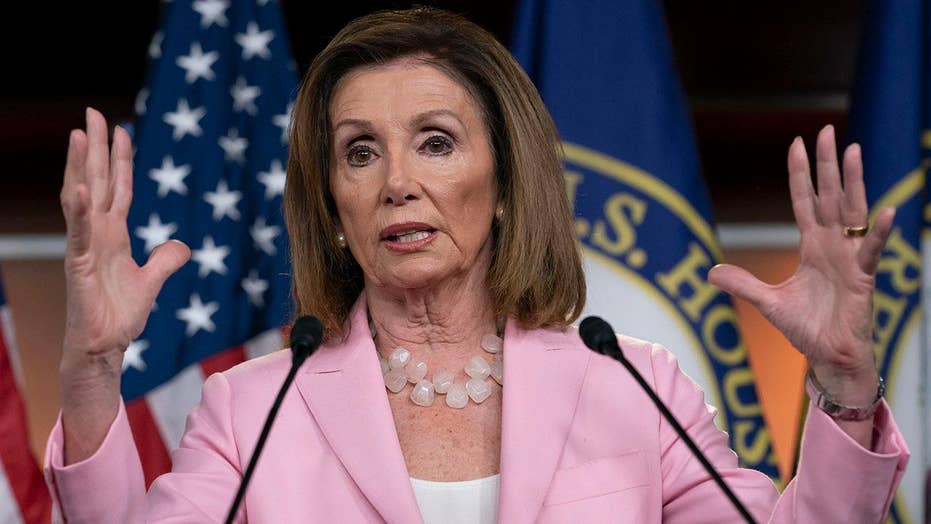 Democrats at odds over impeachment

Those are some of the words one could use to describe what House Democrats are doing when it comes to impeachment.

Divisive, as to what impeachment even means.

House Judiciary Committee Chairman Jerry Nadler (D-NY) tried to tamp down the semantic jousting at a meeting where Democrats set up parameters for an impeachment probe.

“Some call this process an impeachment inquiry. Some call it an impeachment investigation. There is no legal difference between these terms, and, I no longer care to argue about the nomenclature," lectured Nadler.

The word “impeachment” is radioactive. Toxic. 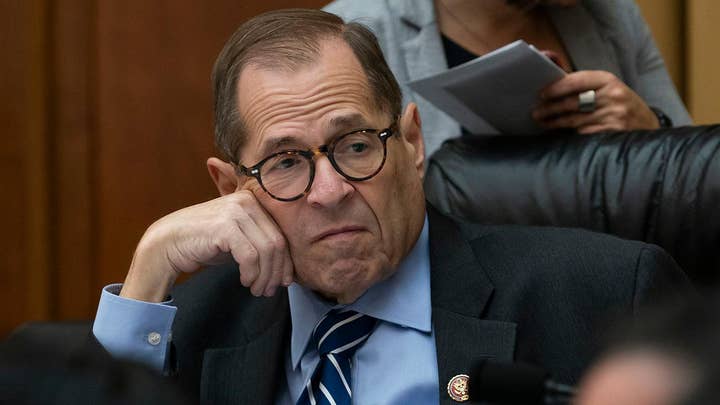 That’s why Pelosi bristled when reporters peppered her with questions about impeachment at her weekly press conference.

“I’m not answering your questions,” said a defiant Pelosi when reporters posed their impeachment interrogatives. “I said what I’m going to say on the subject.”

Yet reporters continued to prod and poke. All on impeachment.

“Why is it that you are hung on the word over here?” fumed Pelosi.

The Speaker then tried to pivot to an issue where Democrats believe they have the upper hand.“Why don’t we spend some time going over to see (Senate Majority Leader) Mitch McConnell (R-KY) and asking him why he doesn’t want to save lives?” scolded the Speaker.

So, is it an impeachment inquiry?

“It has been an impeachment inquiry,” said Nadler.

But you’ll understand the confusion.

When asked if he thought it was an impeachment inquiry on Tuesday, House Majority Leader Steny Hoyer (D-MD) replied with an emphatic “no.”

But a couple of hours later, Hoyer wasn’t as declarative. The Leader’s office sent out a statement “clarifying comments at Pen and Pad Press Conference.”

“I thought the question was in regards to whether the full House is actively considering articles of impeachment, which they are not at this time,” said Hoyer. “The investigations by six different House committees into the widespread dishonesty, abuses of power and corruption in the Trump Administration are ongoing. I strongly support Chairman Nadler and the Judiciary Committee Democrats as they proceed with their investigation ‘to determine whether to recommend articles of impeachment to the full House,’ as the resolution states. It is critical that Congress have access to all of the relevant facts, and, we will follow those facts wherever they lead, including impeachment.”

Hoyer’s toggling crystallizes the conundrum facing Democrats. They’re not quite sure what to call the investigation by the committee. Democrats aren’t actually impeaching the President – yet. But they are digging deep.

Rep. Al Green (D-TX) has tried to advance articles of impeachment on the House floor twice in the past two years. But even Green wasn’t certain what House Democrats were doing.

“I am disappointed in the Judiciary Committee because there is no indication that the President’s bigotry in policy will be part of their impeachment…” said Green, his voice trailing off.

Green was hunting for a word.

“Or whatever they are calling it,” finished Green a few seconds later, triumphantly exclaiming “impeachment effort!”

This is why Democrats are grousing behind closed doors. Liberals are worried they aren’t doing enough on impeachment. Conservative Democrats will tell you privately that impeachment is like a black hole. Its gravitational pull is irreversible once your cross the political event horizon. Impeachment consumes everything.

There’s risk in this impeachment-but-not-impeachment tactic for conservative Democrats from swing districts.

Rep. Anthony Brindisi (D-NY) is a case in point. He’s a freshman Democrat who flipped an upstate New York seat from red to blue in the midterms.

“I would say that as a Democrat representing a moderate district, the voters sent me here to get things done. Health care. Prescription drugs. Infrastructure. I’m worried that as investigations ramp up, it does take attention away from those issues.”

Rep. Donna Shalala (D-FL) is also a freshman who seized a district last year which had been in Republican hands for decades. She shares Brindisi’s concerns on impeachment.

“It’s sucking all the air out of the good things we’re doing,” said Shalala. But Shalala conceded that Democrats may have no choice but to forge ahead with impeachment because it’s a key tenet among liberals.

Meantime, the impeachment inquest appears to be a gift to Republicans, striving to portray Democrats as too extreme. Republicans won’t have too much trouble doing that if all of the talk is about impeachment.

No wonder Rep. Tom McClintock (R-CA) said he would “double dog dare” Democrats to try to impeach President Trump. That could work to the GOP’s advantage.

The problem for Democrats is that the public starts to interpret all of this as impeachment, regardless of gymnastics with the lexicon.

It will soon be up to Pelosi to determine how far they should go with impeachment. But frankly, the public is the final arbiter. Voters will determine if the Democrats’ impeachment scramble is the right or wrong approach. Voters will make their positions known at the ballot box in 14 months.

There is also concern that the Democrats approach on impeachment - seeping into regular TV news coverage - could inflame the President. Lawmakers and Mr. Trump have to reach an agreement soon to avoid a government shutdown. There are also questions about advancing gun legislation and the U.S./Mexico/Canada trade agreement (USMCA). Lawmakers are concerned that talk about impeachment could incense the President if impeachment commands every headline he sees on TV. That could upend potential accord on any of those fronts. Remember, President Trump incinerated a meeting with Democrats on infrastructure in May. The President said it was because Pelosi was forging ahead with investigations and accused him of corruption.

The word “infrastructure” has ne’er been uttered at 1600 Pennsylvania Avenue since.

Does Mr. Trump’s unpredictability concern Hoyer when it comes to other issues?

“It damn well does,” thundered Hoyer.

Perhaps Jerry Nadler summed it up best, chatting with reporters Monday night in the Speaker’s Lobby just off the House floor: “What we are doing is clear. It has been very clear. It continues to be very clear,” said Nadler.