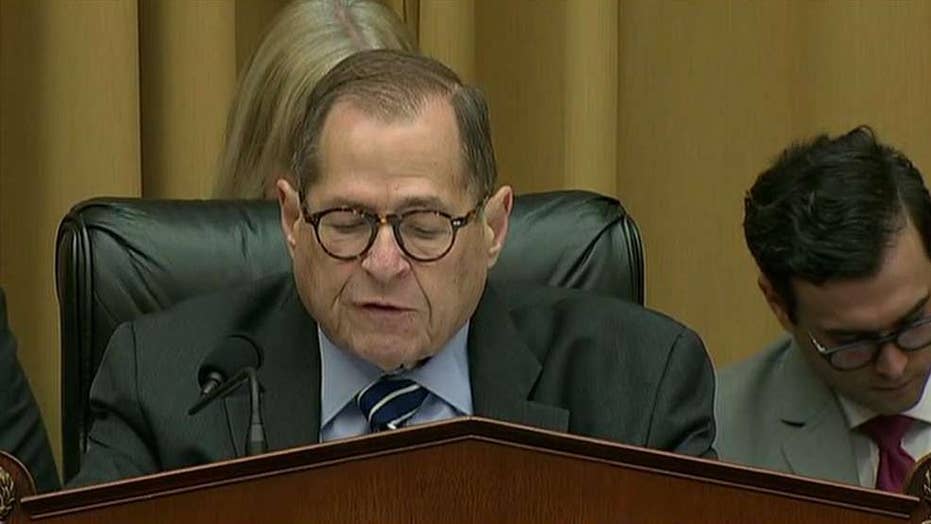 House Judiciary Democrats on Thursday took a big step in their Trump impeachment push as they set the ground rules for a formal committee inquiry -- but Republicans laughed it off as a “giant Instagram filter” to hide how divided Democrats truly are on the question.

The committee voted 24-17 to define the rules for future committee impeachment hearings. The committee is not writing articles of impeachment, and nothing is going to the floor of the House right now, but the session still holds political consequences for both sides of the aisle.

"The resolution before us represents the necessary next step in our investigation of corruption, obstruction, and abuse of power,” committee Chairman Jerry Nadler, D-N.Y., said in his opening statement.

The vote allows members to show the impeachment-eager base they are moving forward. But the push has also rattled some Democrats from more moderate districts.

“It’s sucking the air out of all of the good stuff we’re doing,” Rep. Donna Shalala, D-Fla., who flipped her seat from Republican control last year, said Wednesday.

But Nadler has sought to clear the air on what his committee is actually doing, amid widespread confusion. Nadler said Thursday the panel is “engaged in an investigation as to whether to launch an impeachment investigation into President Trump."

Nadler had previously said House Democrats are pursuing an impeachment inquiry, a remark subsequently contradicted by Majority Leader Steny Hoyer, D-Md. Hoyer later released a statement saying he had misunderstood the question and that he supports Nadler.

In his opening statement Thursday, Nadler said: "Some call this process an impeachment inquiry, some call it an impeachment investigation. There is no legal difference between these terms, and I no longer care to argue about the nomenclature."

Nadler says the resolution at issue allows him to determine if various hearings are part of any impeachment probe, allows counsel to question witnesses at those hearings, gives the committee access to documents in executive sessions, and gives the president due process. He said that formalizing the inquest “enables us to move more effectively and quickly.”

Broadly speaking, it represents another step by Democrats toward impeachment proceedings in the wake of former Special Counsel Robert Mueller’s Russia investigation. While Mueller’s team drew a blank on evidence that Trump’s campaign engaged in a criminal conspiracy with Russia in 2016 -- the initial basis for the probe -- Democrats then turned to other issues including Trump's finances and alleged obstruction of justice.

But Republicans brushed off the meeting Thursday, arguing that Democrats are all bark but no bite on the subject of impeachment, making a fuss about “a simple procedure issue.” Rep. Doug Collins, R-Ga., compared the Democrats’ move Thursday to a “giant Instagram filter to make you appear that something’s happening that’s not.”

“The difference between formal impeachment proceedings and what we’re doing today is a world apart no matter what the chairman just said,” he said.

Later on, he got his social media brands mixed up, and when corrected, yelled: “Instagram, Snapchat, Twitter it doesn’t matter, we’re not in an impeachment inquiry!”

Collins claimed that the rules could have been handled “five minutes” before an actual hearing, and said it showed how out of step House Democrats are with their colleagues, and the public. 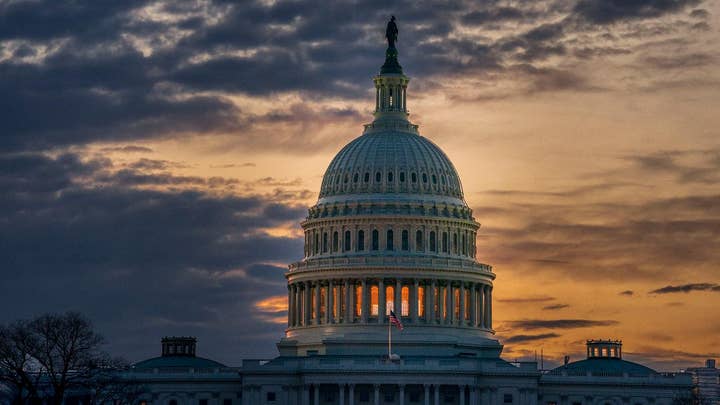 “All along they thought people were coming along with them and that the public was happy with this and other members of their own party were happy with this but somewhere down the yellow brick road they looked around and said ‘there’s not all of us here, people aren’t following anymore,’” he said.

Collins was referring to an increasingly vocal group of Democrats unhappy at the impeachment focus -- fearing it is a politically futile move and is distracting from kitchen-table issues of greater concern to voters.

But in other parts of the country, Democratic activists and left-wing lawmakers are fired up at the idea of ousting the president. Skeptical lawmakers in places like New Jersey, Massachusetts and Pennsylvania were peppered with questions during the August recess by angry Democrats demanding they back impeachment.

But Democrats are moving toward that position, even if they are not united -- at least 135 House members now support an inquiry, including 17 members of the Judiciary Committee.

House Speaker Nancy Pelosi, D-Calif., has long expressed her skepticism about impeachment, urging Democrats to zero in on issues such as climate change, health care and the economy instead. Last month she was heckled by unhappy protesters at a dinner in San Francisco.

But asked by Fox News on Monday if she supported Nadler, Pelosi said: “Yes, I do.”

“I think you should characterize it for what it is, it’s a continuation of what we have been doing,” she said. “You know we all work together on these things.”