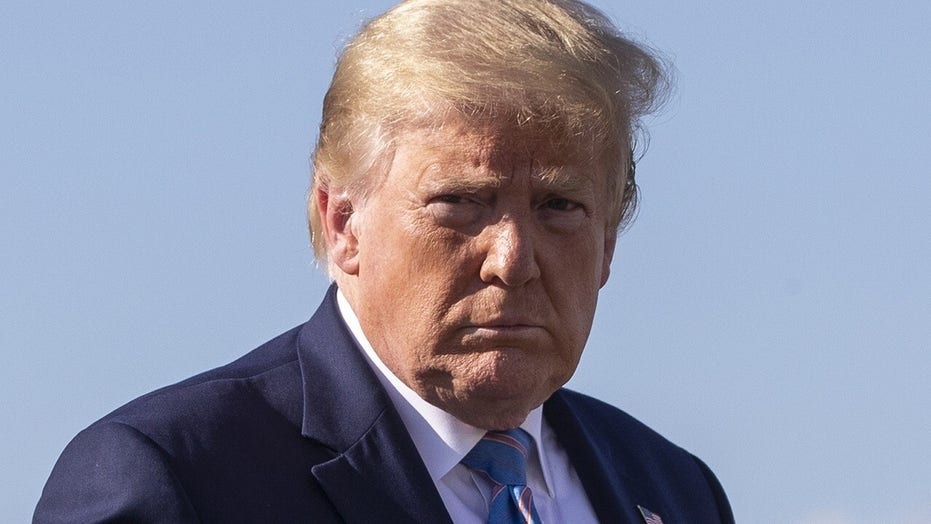 The Democratic National Committee (DNC) kicked off its 2020 general election offensive against President Trump with a scathing TV and digital ad that slams the president on the fifth anniversary of his declaration of candidacy in the 2016 campaign.

“Five years ago, Donald Trump descended to the basement of Trump Tower. For the last five years, he’s brought America down with him,” says the narrator in the spot under pictures of Trump and his wife Melania riding down the famous escalator in New York City’s Trump Tower as he jumped into the 2016 White House race.

The narrator in the ad goes on to accuse the president – among other things – of "stoking racial division” and “losing 300,000 jobs in a failed trade war with China.”

And the narrator charges that Trump "misled" Americans on the coronavirus, "stating it would ‘miraculously’ go away. It didn’t. Now over 100,000 dead Americans. 20 million jobs destroyed. Recession.”

The ad also uses a clip of the president – asked in March about a severe lack of coronavirus testing at the time – saying, “No I don’t take responsibility at all.”

The president's re-election campaign ripped the DNC's commercial, emphasizing to Fox News that many of the claims in the spot are misleading or flat-out false.

"Despite  false narratives promoted by the Democrats and media, the President’s unifying message is resonating with Americans throughout our country while Joe Biden continues to lean on divisive rhetoric and broken policies," Trump campaign deputy press secretary Ken Farnaso noted.

The DNC says they’re spending six-figures to run the spot on TV and on digital in key general election battleground states. It’s the national party committee’s first TV commercial since the 2016 cycle.

In an effort to emphasize party unity after a jam-packed and at times divisive presidential nomination race, former 2020 presidential candidate Sen. Elizabeth Warren – a onetime fierce rival of now presumptive Democratic nominee Joe Biden – will team up with DNC Chairman Tom Perez to help kick off the new campaign. Both Perez and Warren continue the campaign with visits to key battleground states.

The ad comes as the Biden campaign remains dark on TV. While the former vice president has concentrated on digital advertising this spring, he hasn’t run a TV ad since mid-March. But the absence has been filled by TV commercials being aired by the pro-Biden super PACs Priorities USA, United the Country, and American Bridge.