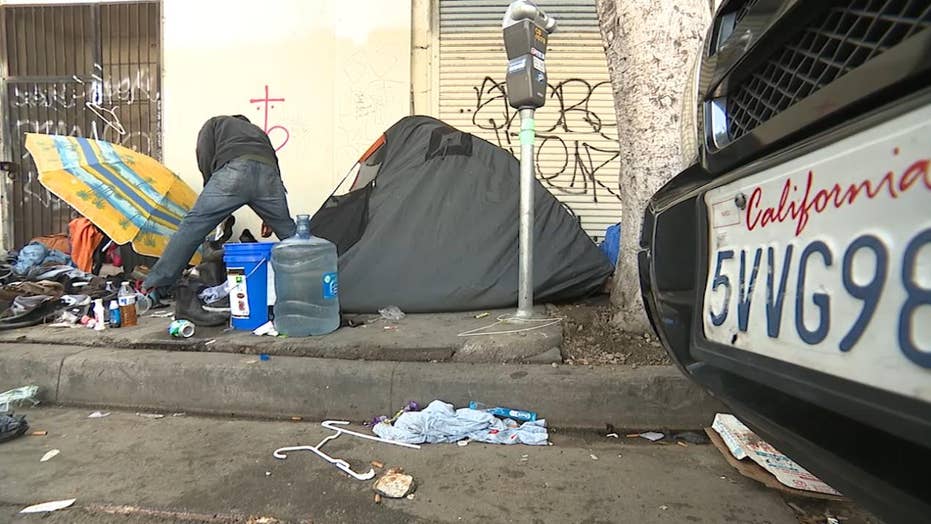 LOS ANGELES -- Many of the 2020 Democratic presidential candidates are calling for sweeping affordable housing plans to address the chronic issue of homelessness, but advocates on the ground who see the issue up close say it doesn’t go far enough and they wish candidates would assign it more urgency.

Homelessness in Los Angeles County and across Western states is skyrocketing. In 2019 so far, the number of homeless residents in Los Angeles has risen 12 percent from 2018, according to county statistics.

“We need a FEMA-like, Red Cross-like, National Guard-like [solution]," said Rev. Andy Bales, the CEO of L.A.’s largest homeless shelter, Union Rescue Mission. "Army Corps of Engineers needs to come and we need to figure out immediately how to get 44,000 people off the streets."

Candidate plans that are more forward-looking, like five to 10 years down the road with millions of dollars in investment in affordable housing units, can be good in theory and are necessary, these advocates say, but don’t address “chronic” homelessness, or those who have lived out on the streets for six months or more in the past year.

But for those who study the issue of homelessness, they say the problem should be coming up more in candidate rhetoric and dialogue as they campaign. It’s not so much to just have a job to maintain housing, they say, because rent prices have become so unsustainable.

“I think it’s becoming an intractable issue because we don’t have the investment and broader solutions to homelessness, which is why I think many of the presidential candidates are focused on affordable housing….it’s still something that’s just emerging and most of the candidates have not yet addressed," said Christopher Herring, a UCLA PhD student.

Herring said affordable housing is the main way to go, but there needs to be more steps done to prevent people from becoming homeless in the first place and notes that with Castro and Sanders’ plans, respectively, much of the dollar figures they’re proposing will be spent quickly and frivolously unless backed up by creating and maintaining affordable housing quickly and cost-efficiently.

"To put it another way, that expansion of the billions of dollars for homelessness in Castro and Sanders plans will be pissed away quickly and a waste of taxpayer money if not backed up by more robust structural reform in the production and preservation of affordable housing."

California’s Democratic primary will be early in 2020, moving up to March from June, making the state in play again for candidates vying for the nomination with 500 delegates up for grabs.

Voters in the state have homelessness high on their list of issues. Some in Los Angeles county say it even trumps traffic and the environment in what needs to be fixed first in the city.

But ultimately, homeless people have very little, if any political power as a constituency, which could be why voters haven’t heard about the problem in states other than California.

“For the most part, the people who are experiencing homelessness are not voting, at least they’re not voting en masse, they don’t have a strong political voice, they don’t have political champions, and elected officials who are sensitive to what their constituents want or else they’re going to get voted out of office, it’s not a constituency they have to pay a lot of attention to,” said Adam Murray, executive director of LA’s Inner City Law Center.

California senator and presidential candidate Kamala Harris is supporting a bill in the Senate to provide $13 billion in emergency relief to areas affected by chronic homelessness over the next five years. But Republicans are unlikely to bring it up for a vote, citing the huge price tag.

Harris has blamed the Trump administration for cutting off funding to support what local government needs around affordable housing.

President Trump, on the other hand, has spoken about the issue on Twitter and at his rallies numerous times, largely in irreverent tones.

At a rally in Cincinnati in August, he said, "What they are doing to our beautiful California is a disgrace to our country...It's a shame. The world is looking at it. Look at Los Angeles with the tents and the horrible, horrible conditions. Look at San Francisco, look at some of your other cities."

Herring says California needs a federal response like what Trump is suggesting, saying, "Trump has drawn attention to this and it’s woken up the Democratic candidates to putting forward and putting pressure on them to make real solutions.”