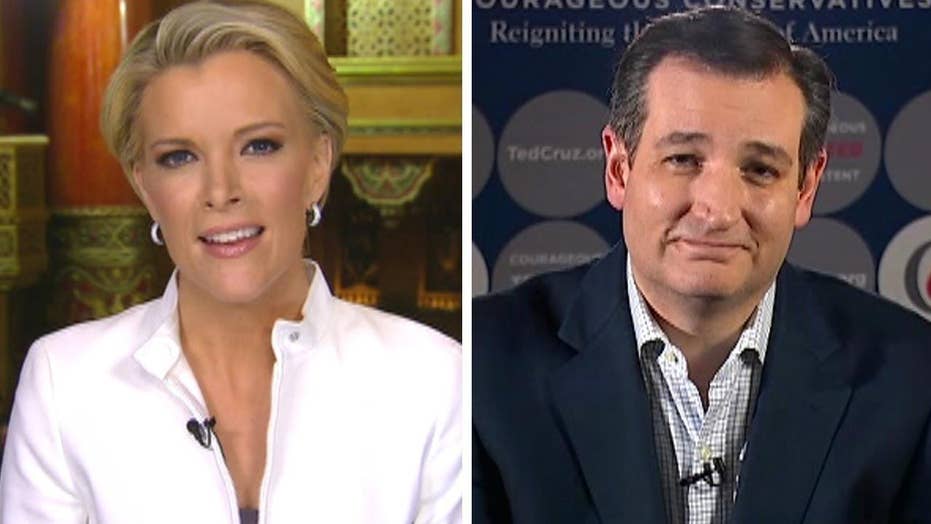 Texas senator hammers the Republican presidential frontrunner for his political donations to Democrats, claims he funded' the politicians who gave us ObamaCare

Republican presidential candidate Sen.Ted Cruz blasted Donald Trump Friday as a phony conservative who must be stopped before he wins the presidential nomination.

In a speech to the annual Conservative Political Action Conference in National Harbor, Md., Cruz said, “It’s easy to talk about making America great again -- you can even put that on a baseball cap.

“But do you understand the principles that make America great in the first place?”

Cruz said Trump was in no position to answer that question.

Fresh from a bitter Super Tuesday battle and rancorous debate Thursday night, Cruz appeared relaxed in jeans. He took full advantage of Trump’s announcement earlier in the day that he would be skipping the event, which is typically considered a required stop for Republican candidates seeking to woo the conservative base.

Dr. Ben Carson, who spoke after Cruz on Friday, announced he was formally leaving the race. Sen. Marco Rubio was expected  to appear on Saturday, while Ohio Gov. John Kasich spoke earlier on Friday.

Citing rallies in Kansas and Florida, where there are upcoming primary battles, Trump demurred, leaving a hole in the CPAC schedule.

“I hope none of you have a degree from Trump University,” he said, referring to the lawsuits against Trump’s now defunct online school.

Cruz was only interrupted once by audience members chanting “Trump! Trump! Trump!” The audience applause was otherwise enthusiastic as Cruz revived a key charge against Trump from Thursday night - that he has been funding and cozying up to Democrats for years.

Referring to the loss of conservative Justice Antonin Scalia on the Supreme Court, Cruz warned that the court is now “one justice away” from the loss of religious liberty and the second amendment right to bear arms.

He also poked at Trump, whom he said suggested in a previous debate that the U.S. should be neutral in order to negotiate in the peace talks between Israel and the Palestinians. “As president I have no intention of being neutral. America will stand unapologetically with the nation of Israel.”

Joking on stage with Fox News’ Sean Hannity, Cruz also suggested Hillary Clinton should get used to “orange pant suits” in case she's indicted in the ongoing email controversy and that for the first time, a general election debate may be “convened in Leavenworth.”