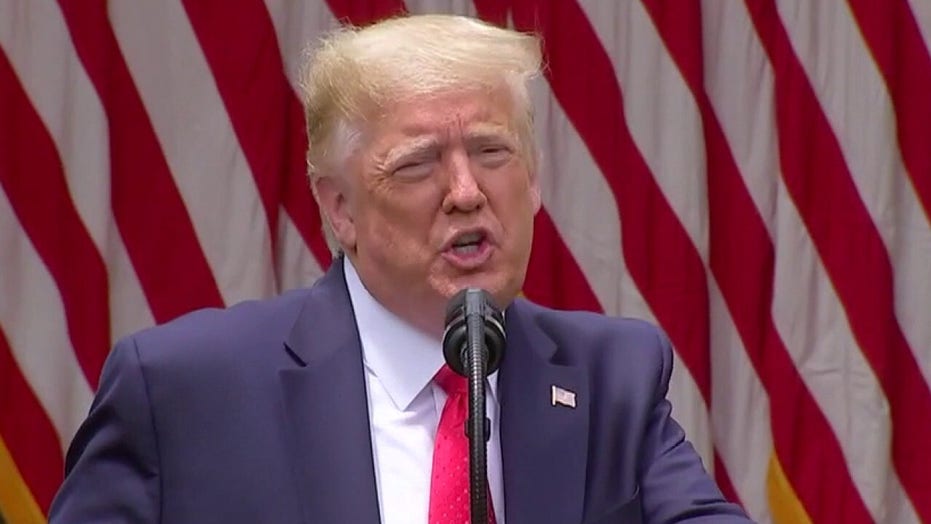 Sen. Ted Cruz, R-Texas, rejected the notion there's systemic racism in policing and called out his Democrat colleagues for peddling "inaccurate and harmful" statements in the wake of George Floyd's death.

"I think some of the rhetoric that has been used in the wake of Mr. Floyd's killing has been inaccurate and harmful," Cruz said during a Senate Judiciary Committee hearing Tuesday.

"A great many of our colleagues, use the phrase 'systemic racism' to suggest that the entire criminal justice system is imbued with racism. I don't believe that's accurate."

He added: "[T]o impugn the integrity of everyone working in law enforcement is a disservice to this nation."

The Texas senator also called out his colleague Sen. Cory Booker, D-N.J., who claimed earlier in the hearing that "nothing has changed" in his lifetime to really address the unmitigated killing of unarmed black people black by law enforcement.

"That proposition is demonstrably false," Cruz said, citing the end of Jim Crow laws, segregated schools and open bigotry. "A great deal has changed since then. Our country has made a journey."

Cruz made the argument that more federal oversight of the police could force cops to pull back and crime against black Americans could rise.

To further call out Democrats, Cruz pointed out that the state, local and federal elected officials in Minneapolis -- where Floyd died -- are Democrats.

"I don't for a moment believe that every one of those elected officials is part of systemic racism and oppression," Cruz said of the Minnesota Democrats.

However, several Democrats and experts testifying at Tuesday's hearing on police brutality said systemic racism cannot be ignored when explaining the continued deaths of black men and women in police custody.

Sen. Kamala Harris, D-Calif., blasted Cruz's speech as a "simplistic attack" that "insults the intelligence of the American people" to assume Democrats are calling all people racists because they acknowledge historical racism.

"When we say that America has a history of systemic racism, we mean that from slavery, Jim Crow laws, lynchings and policing, our institutions have done violence to black Americans," Harris said. "And it has caused black Americans to be treated as less than human."

Booker and Harris have co-authored the Justice and Policing Act that would lower the bar for police officers to face criminal prosecution by allowing charges not just in cases where alleged misconduct was intentional, but also in cases of reckless misconduct. It would also ban chokeholds, create a national database of cops who committed misconduct, boost police training and reform qualified immunity that can protect cops from lawsuits from victims of police brutality.