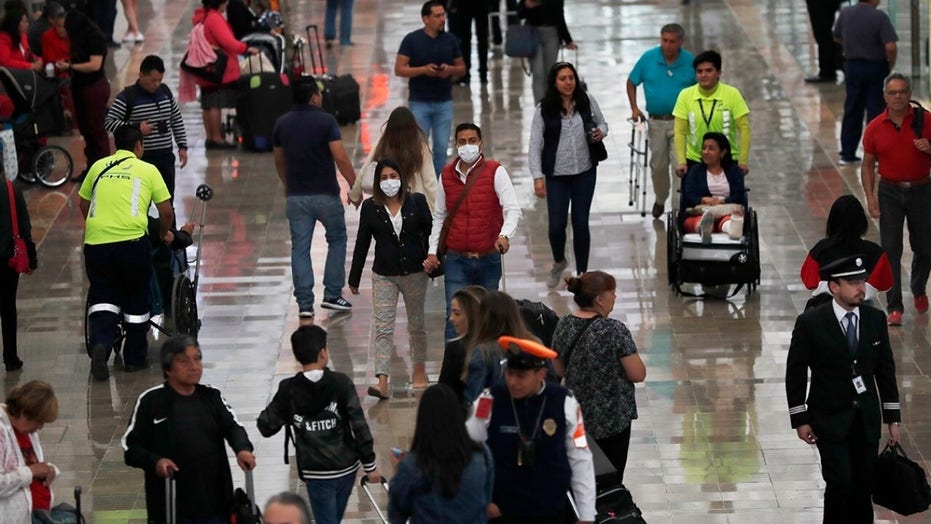 As Super Tuesday gets underway and the majority of the nation’s voters could vote for their candidate in the presidential primary, government officials are working to ensure their states only share results and not the coronavirus.

The state of Alabama has “encouraged voters to wash their hands before and after going to the polls,” according to the Alabama secretary of state’s office.

Otherwise, there are no specific requirements for officials and locations to follow. For voters who may be concerned to be in crowded public places, the only other option was to submit an absentee ballot by March 2 at 5pm. The state expects only 30-35 percent of Alabamians will participate in today’s election.

According to Josh Gardner, the assistant registrar of voters for California’s Solano County, where the nation’s first community spread of the disease occured, the state’s secretary of state’s office is leaving it up to the counties to determine how they will keep their polling locations sanitized.

“We have sent out additional hand sanitizer, cleaning wipes and gloves for our officials to use during the day,” Gardner told Fox News. Although the county contains the Travis Air force base, the quarantine location for the Diamond Princess cruise ship passengers, the town and city officials believe their population of voters will use the numerous systems in place that allow them to cast their ballot without ever leaving their home or car.

Voters wait in line to cast their ballot on the Super Tuesday, at a voting center in Alhambra, Calif., Tuesday, March 3, 2020.  (AP)

“80 percent of [Solano County] voters are at home voters,” Gardner said, “we’ve also added curbside pickup to additional polling locations, which allows voters to dial a number and an official will come to your car to pick up your ballot.” Other ways for Californians to avoid the public while casting their ballots is by mailing it in or, for the people in quarantine, they can print out all official forms and delegate one person to drop off their ballot for them. 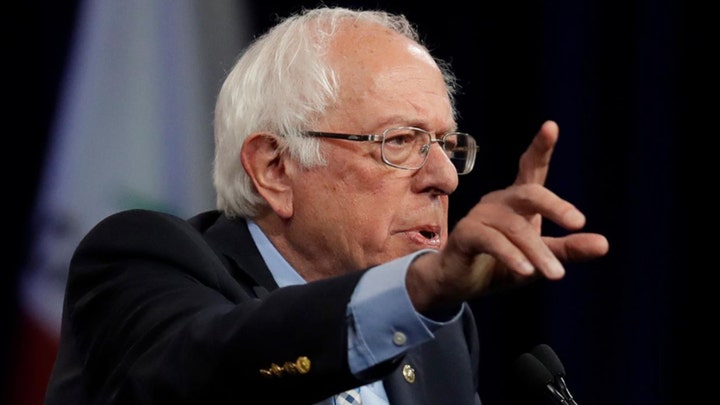 Although the coronavirus has yet to severely impact many Colorado communities, the state’s officials began preparing for the worst. Steve Hulburt, the communications director for the Colorado secretary of state, told Fox News that there are a lot of backup systems in place. If a large number of polling officials or election judges fall ill, there are several people trained and “on-call” ready to fill the positions.

In the chance that the state would fall into a “mass quarantine” Colorado will use the system they have in place for military overseas, which would include residents receiving a ballot that would be submitted using “encrypted software.” As for cleaning supplies, Hulburt said they were leaving those resource needs up to the counties.

The Pine Tree state is “very engaged” and “turnout has been very strong,” amid coronavirus concerns, according to the Maine Secretary of State’s Office.

The state left it up to the municipal clerks to determine sanitation standards at polling locations and while the secretary of state and his team were traveling around today they noticed hand sanitizer and other cleaning supplies at many country locations.

Although concerns remain low at the moment for coronavirus in Maine, the government is considering the future of voting if the virus continues spreading. “We are discussing for the June primary and maybe considering advising something for that election,” communications director for the secretary of state, Kristen Muszynski, tells Fox News. This is the first time the state has held a presidential primary since 2006.

The New England state is hoping to keep the spread of germs at bay, with the only communal objects at polling locations the pens in voting booths. Deb O’Malley, the director of communications for the secretary of the commonwealth, told Fox News, “Voters were told they could bring in their own black or blue pen” if they didn't want to use the communal one provided.

The office also told polling locations that when they go in the booths to sweep for campaign material they should wipe down the pens with cleaning supplies the state will reimburse them for. As for the quarantined voters, as long as they have been quarantined since Thursday they are allowed to have a designated person deliver their paper ballot to a secure polling location.

The public information officer for the North Carolina Board of Elections, Pat Gannon, told Fox News his office informed the counties that they need “hand sanitizer and alcohol wipes at all polling locations,” and if there were a shortage, they “need to reach out to their local health departments to share resources.” They also cautioned voters about was, “making sure the cleaning supplies do not make the ballots wet,” which could affect the ballot counting process.

SUPER TUESDAY GUIDE: THE STATES, THE STAKES, WHO'S IN CONTENTION AND MORE

For Oklahoma voters, the best way to avoid contact with others while voting may have passed. Misha Mohr, the public information officer from the State Election Board, told Fox News, “Any voters who are concerned could have participated in the early voting that occurred on Thursday, Friday and Saturday,” or in absentee voting which closed ahead of the March 3 voting. Mohr said that she didn’t expect any procedural changes in the voting process on Super Tuesday and there was nothing required of the polling locations in regards to sanitation.

With devastating tornados hitting Tennessee the night before Super Tuesday, the Tennessee secretary of state issued an official statement. "The safety of voters and election officials is our primary concern. Our hearts go out to those who have suffered losses in the storms overnight," said Secretary of State Tre Hargett.

"Due to street closures, power outages as well as public safety concerns, polling places in Davidson and Wilson County will be opening at 8 a.m. The polls will still close at 8 p.m. Eastern / 7 p.m. Central."

When it came to coronavirus, Fox News was told by Director of Communication for the Secretary of State Julia Bruck, “We are monitoring the situation carefully with our local, state and federal partners. If any rapid developments do occur, we will be working closely with elections officials to support their efforts on the ground.”

The state with the second-largest number of delegates at stake on Super Tuesday has released an official statement from the secretary of state’s office on the matter of avoiding coronavirus on election day: “Our office has advised counties to practice common sense flu-season type precautions such as regular sanitation of election equipment in addition to heeding the guidance of local and state health officials.”

When Fox News reached out to Bexar County, an area currently under a state of emergency for the virus, we were told the San Antonio mayor informed the public: “Our election judges always undergo extensive training and are well aware of the situation.  Although there is often hand sanitizer at the voting centers, we encourage our voters to bring their own, if they feel that is necessary.  If voters wish to bring their own pen to sign in at the registration table, they may do so, rather than use the community pen.”

The Beehive State stays consistent with previous years' voting practices, even amid the coronavirus concerns. With no confirmed cases reported in the state yet, Fox News has been told by Justin Lee, the director of elections for Utah’s lieutenant governor, that “we have not put out any specific requests”, and they are optimistic Super Tuesday will not bring more concern in the state because “over 90 percent of voters mail in ballots.”

There are various drop boxes located around the state for voters to securely cast their ballot and avoid human contact. They also advise that if voters are quarantined they designate someone to drop off their ballot because any absentee ballots needed to be postmarked by March 2 to be counted.

In Bernie Sanders’ home state, officials will take precautions case by case. Eric Covey, the chief of staff to the Vermont secretary of state, said, With “polling places often less crowded than a supermarket line,” they are leaving it up to the town and city clerk’s office on how they sanitize their polling locations.

However, quarantined patients will need to contact their local clerk and they will correspond with the secretary of state's office to make sure their votes are handled correctly and counted. “We want to make sure everyone can go out and vote,” Covey told Fox News.

The Virginia Department of Elections released an official statement on the virus’ impact on Super Tuesday: “Regarding your inquiry, the Department of Elections encourages localities and local election officials to follow guidance from the CDC. Election officials are always encouraged to take standard precautions for maintaining clean and sanitary workspaces including polling locations.”

*Fox News was still waiting to hear back from Arkansas.