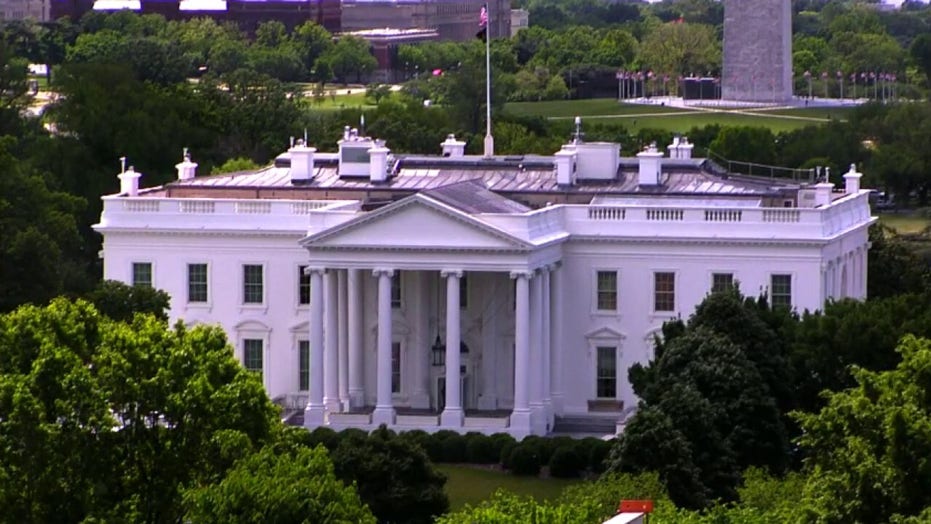 The coronavirus appears to be a growing concern inside the White House as at least three staffers reportedly tested positive; Harvard Global Health Institute director Dr. Ashish Jha weighs in.

The coronavirus appears to be a growing concern inside the White House as at least two staffers, plus an assistant to Ivanka Trump, reportedly tested positive this week, according to reports.

In addition, at least 11 members of the Secret Service -- charged with protecting President Trump and other officials -- had the virus as of Thursday evening, according to a Department of Homeland Security tally reviewed by Yahoo News.

Meanwhile, Food and Drug Administration Commissioner Stephen Hahn -- who tested negative Friday, nevertheless plans to self-quarantine for two weeks after coming into contact with an aide to Vice President Mike Pence, according to Politico.

That aide, Pence press secretary Katie Miller, was confirmed to have the virus Friday. She is married to senior White House adviser Stephen Miller.

"Wonderful young woman - Katie, she tested positive, she hasn't come into contact with me," President Trump said of Miller during a roundtable meeting.

Also on Friday, word emerged that Ivanka Trump’s personal assistant, a non-White House employee who has been working from home for the last few weeks, tested positive this week, according to CNN.

Previously, one of President Trump’s valets, a U.S. Navy member who takes care of the president’s wardrobe along with other tasks, tested positive Thursday.

“We were recently notified by the White House Medical Unit that a member of the United States Military, who works on the White House campus, has tested positive for coronavirus,” Trump aide Hogan Gidley said in a statement Thursday.

According to the DHS, 23 other members of the Secret Service have recovered from COVID-19 and some 60 of the agency's employees are self-quaranting as a precaution, Yahoo News reported.

Neither the DHS nor the Secret Service would comment on which staffers had been infected or whether they were assigned to work in close proximity with the president or the vice president, the outlet reported.

The president, vice president and those in close contact with them are tested daily, an administration official said this week. Both have tested negative.

“We have put in place the guidelines our experts have put forward to keep this building safe,” White House press secretary Kaleigh McEnany said. “All of the recommended guidelines we have for businesses that have essential workers were now putting in place here in the White House, so as America reopens safely the White House is continuing to operate safely.”

Still, Trump and Pence have both been criticized recently for not wearing masks around the public.

Pence traveled to Iowa on Friday to meet with faith leaders about reopening churches amid the pandemic and Trump met with veterans at the World War II Memorial in Washington for a VE Day celebration, commemorating the 75th anniversary of the end of the war in Europe.

The president has shifted focus in weeks to reopening the economy after more than a month of stay-at-home orders in most states and soaring unemployment.

"We had the greatest economy in the history of the world... and we artificially closed it," he said on "Fox & Friends" on Friday. "Those jobs will all be back and they'll be back very soon and next year we're going to have a phenomenal year."

One source described as a "senior administration official" described the level of concern about the virus within the White House.

"In the span of hours, the coronavirus task force was likely exposed, the vice president was definitely exposed, and a top health official can't come into the office," the source told Politico. "It's a textbook case of why we can't rush to re-open."