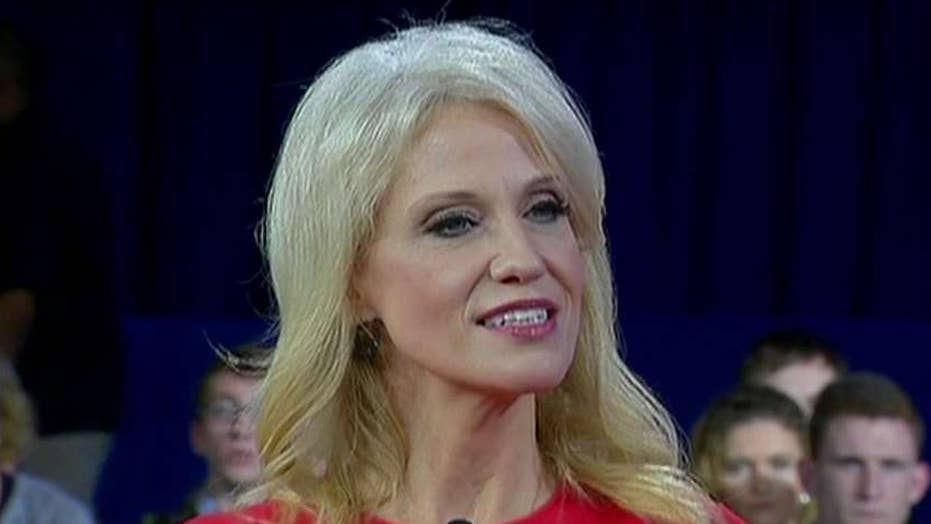 Kellyanne Conway: The president is his own best messenger

Counselor to the President Kellyanne Conway denied Wednesday that the White House had sidelined her from making TV appearances, telling Fox News' "Hannity" that reports to the contrary were "trying to start up trouble."

Conway told Sean Hannity that only "about five percent" of her advisory role to President Trump involves appearing on TV, "and I think that’s about right because he’s the president now and he’s his own best messenger."

However, Conway added that "there are some people, I think, trying to get in my way.

"I’ve ... gobbled up a lot of other people’s TV opportunities so there’s some resentment on the outside, I believe, and folks just trying to use me as clickbait in a headline."

"I don't think think I have to explain myself if I’m not going to go on TV for a week," Conway said. "If I’m out with four kids for three days looking at houses and schools — a lot of my colleagues aren’t trying to figure out how to be a mother of four kids, I assure you."

Hannity called the CNN report "another example of fake news."

"How many days have you been booked on this show? From today?" he asked.

"It's not even worth arguing," Conway said, "because it actually doesn't bother us."