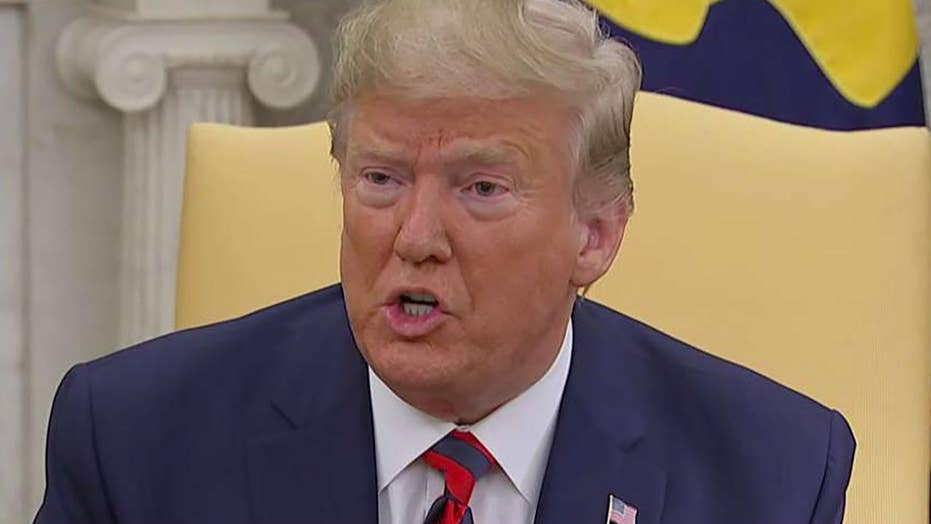 The developing controversy over a mysterious phone conversation President Trump had with a foreign leader apparently centers on Ukraine, as the president and his allies fight back and claim the uproar is just another "partisan" plot against him.

What touched off the controversy is a secret whistleblower complaint that the director of national intelligence has kept from Congress, reportedly involving a "promise" Trump made to an unnamed foreign leader. In the latest development, The Washington Post and The New York Times reported Thursday that the complaint relates to Ukraine. Fox News has not confirmed the reports.

Trump's attorney, Rudy Giuliani, seemed to acknowledge some effort to pressure Ukraine to investigate potential corruption related to the Biden family, though he gave conflicting answers on the matter in a CNN interview overnight. It remains unclear what the supposed "promise" from Trump entailed.

The president, however, maintained he said nothing improper, tearing into those pushing the allegations Friday.

Speaking to reporters in the Oval Office, alongside visiting Australian Prime Minister Scott Morrison, the president blasted the “ridiculous” story, blaming a “partisan whistleblower” and calling it “just another political hack job.”

“I don’t know the identity of the whistleblower,” Trump said.

He wouldn’t say what was discussed in the call but said someone should “look into” Biden family connections to Ukraine.

He also argued the press has had “a bad week,” insisting he has prevailed in controversies reported by the media.

Earlier Friday, Trump sounded off on Twitter, accusing Schiff of joining with the media to go after him once again.

“The Radical Left Democrats and their Fake News Media partners, headed up again by Little Adam Schiff, and batting Zero for 21 against me, are at it again!” the president tweeted Friday. “They think I may have had a ‘dicey’ conversation with a certain foreign leader based on a ‘highly partisan’ whistleblowers statement.”

He added: “Strange that with so many other people hearing or knowing of the perfectly fine and respectful conversation, that they would not have also come forward. Do you know the reason why they did not? Because there was nothing said wrong, it was pitch perfect!”

For his part, Schiff told reporters Friday that the whistleblower claim "deserves a thorough investigation."

"Come hell or high water that’s what we’re going to do,” he said.

Meanwhile, allies of the president took to the airwaves to downplay the story

"This is a clear example of someone from the deep state ... from the intelligence community," former Acting Attorney General Matthew Whitaker said on Fox News’ "The Story with Martha MacCallum." "It was completely overblown. ... It will be a big nothing burger."

Fueling intrigue, Giuliani has raised questions about the activities of former Vice President Joe Biden's son Hunter, who worked for a Ukrainian gas company. Joe Biden, now a Democratic presidential candidate, has faced scrutiny for months over his past role pressuring the country to fire its top prosecutor while he was leading a corruption investigation into that company. 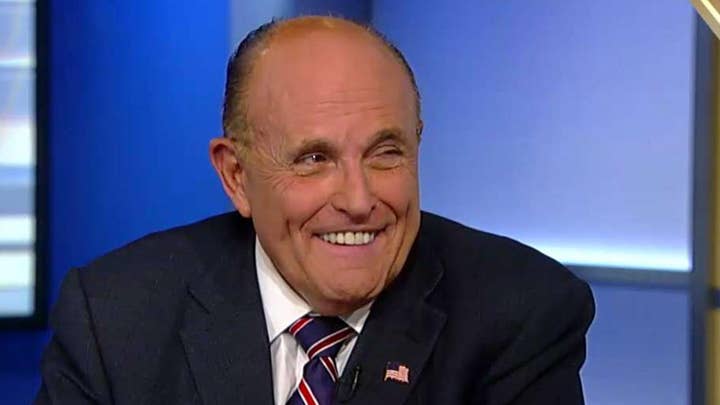 During an interview Thursday on CNN, Giuliani was asked whether he had asked Ukraine to look into Biden. Giuliani initially said, "No, actually I didn't," but seconds later he said, "Of course I did."

He explained that he sought for the government to look into how the case was dismissed.

Later, Giuliani tweeted, "A President telling a Pres-elect of a well known corrupt country he better investigate corruption that affects US is doing his job."

The whistleblower complaint has triggered a major showdown with Congress, after acting Director of National Intelligence Joseph Maguire would not share details of it with lawmakers. The inspector general for the intelligence community received the complaint and, according to correspondence with Schiff, considered the allegations “credible” and dealing with an “urgent concern.”

But the watchdog reported to the committee that his office is “at an impasse” with the director of national intelligence over the disclosure. Inspector General Michael Atkinson wrote that the DNI, “after consulting with the Department of Justice,” determined the complaint does not have to be shared with the intelligence committees under law. He wrote that he will “abide by that determination,” but disagrees with it.

After a closed-door hearing Thursday with Atkinson, Schiff voiced concerns about not having access to the information, warning Congress could use legal action or budgetary powers as leverage. "What’s at stake here goes well beyond this complaint and this president," he said.

Schiff had subpoenaed Maguire saying he was withholding a whistleblower complaint from Congress and questioning whether he had been directed to do so by the White House or the attorney general.

In a letter Tuesday, the general counsel for the Office of the Director of National Intelligence, Jason Klitenic, wrote that the agency is protecting the whistleblower and argued the allegation does not meet the definition of "urgent concern." He said the complaint "concerned conduct from someone outside the intelligence community and did not relate to `intelligence activity' under the DNI's supervision."

Schiff said last week that Maguire is required to share the complaint with Congress and said the attempt to hold it back "raises serious concerns about whether White House, Department of Justice or other executive branch officials are trying to prevent a legitimate whistleblower complaint from reaching its intended recipient, the Congress, in order to cover up serious misconduct."

Fox News’ Judson Berger and Hillary Vaughn and The Associated Press contributed to this report.