A source familiar with the closed-door testimony confirmed to Fox News that Nellie Ohr told House investigators that she was tasked with doing opposition research during the 2016 campaign on Melania Trump as well as on the president's children; chief intelligence correspondent Catherine Herridge reports from Washington.

Ohr has long been of interest to those looking into the genesis of the FBI’s probe into Russia and the Trump campaign during the 2016 election. She worked for the opposition research firm Fusion GPS, which was behind the infamous, Democratic-funded dossier of salacious claims about Trump. She is also married to Bruce Ohr, a Justice Department official whose connection to Fusion GPS led to his eventual demotion.

During her December 2018 closed-door deposition on Capitol Hill, Nellie Ohr told investigators she did the opposition research on the Trump family for Fusion GPS. Sources said her project predated the hiring of former British spy Christopher Steele, who compiled the dossier.

“I was asked to research Trump’s family broadly in connection with any – any Russian connections,” she said. 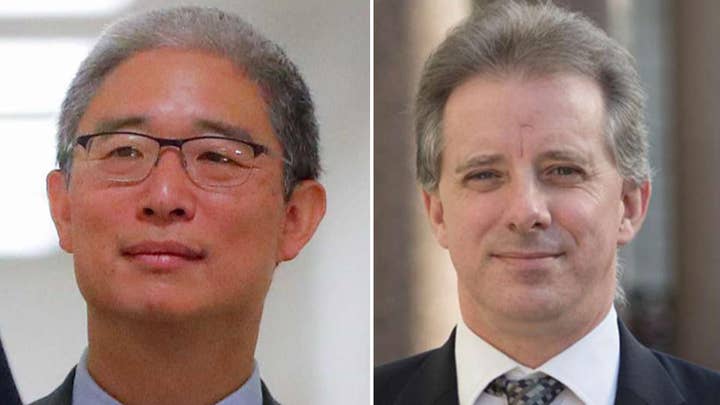 Nellie Ohr confirmed to investigators that she explored family members' foreign travel, among other issues. “I did some research on all of them, but not in much depth,” she said.

She also said the purpose was to “see whether they were involved in dealings and transactions with people who had suspicious pasts, or suspicious types of dealings.”

At the time of her testimony, Nellie Ohr said she was still in possession of the research but was unclear whether it was hers to share, or whether it was owned by her former employer, Fusion GPS.

“Do you still possess the research that you performed?” a Republican investigator asked her during the interview.

“Would you be willing to share that with the committee?”

“I guess so,” Nellie Ohr said.

Fox News has reached out to Nellie Ohr's lawyer asking if she remains willing to provide the records, if turning over the documents requires a subpoena and what has accounted for the six-month delay.

It is not publicly known whether any of her research was reflected in the dossier, which also looked at the travel history of former Trump lawyer Michael Cohen, among others.

Bruce Ohr’s actions during that time have been of interest to investigators, as it is believed he was the back channel between Steele, the Trump dossier author, and the FBI.