Lawmakers on the House Committee on Natural Resources are investigating reports that rangers supported by a federally funded environmental and animal rights group committed gruesome crimes inside a national park in the Democratic Republic of the Congo.

The committee recently requested that the Government Accountability Office and the Department of the Interior look into any taxpayer dollar connection following allegations that rangers raped and tortured villagers inside the DRC’s Salonga National Park. The park is co-managed by the World Wide Fund for Nature – called the World Wildlife Fund in the United States – which receives federal funding from the U.S. government.

The top lawmakers on the committee also sent a letter earlier this month to Carter Roberts, the president and CEO of the WWF, requesting information about the alleged abuses by rangers and any information related to the charity’s own investigation into the matter.

Located in the Congo River basin in the central DRC, Solanga National Park was founded in 1970 and is managed jointly by the WWF and the Institut Congolais pour la Conservation de la Nature since 2015. The park receives funding from both the U.S. and German governments.

An aerial view of Salonga National Park in the Democratic Republic of Congo. (Photo: UNESCO)

The accusations of human rights abuses were first reported earlier this year after BuzzFeed News obtained a confidential report compiled by the WWF and the Congolese government. The report details the alleged whipping and rape by park rangers of four women – two of whom were pregnant – as well as allegations they killed a villager and tortured others by tying fishing lines to their penises.

The WWF and the Congolese government began investigating the human rights abuses after a nonprofit called the Rainforest Foundation UK sent the WWF a report detailing allegations of rape and killing. The internal inquiry was eventually submitted in March but has not been made public, and two experts who worked on it claim that the investigation was cut short and that they were prevented from looking into other purported human rights abuses carried out in and around the park.

The exact amount of federal funds Washington sends to the WWF is unclear as the charity does not release those statistics, but in fiscal 2018 almost $45 million – about 14 percent of WWF’s overall budget – came from government grants.

In its letter to the Interior Department’s Fish and Wildlife Service on Tuesday, the House Natural Resources Committee requested specific dollar amounts of federal grants to the World Wildlife Fund, the duration of the grants and what programs the money was used for.

The letter follows another one in May by Grijalva and Bishop to the GAO, which requested an investigation into “[w]hat federal funds support partner organizations that engage in or support efforts involving human rights abuses.” 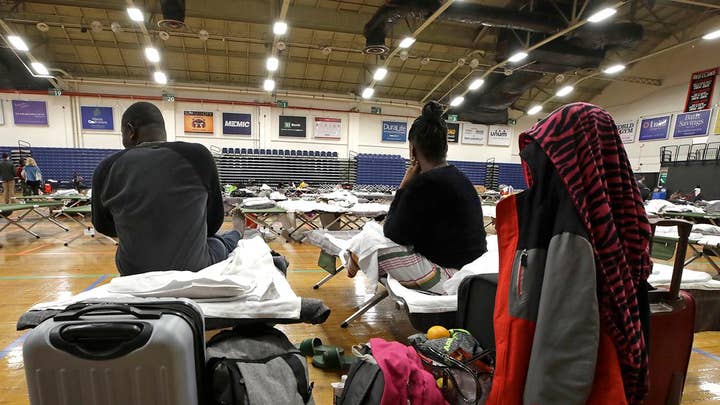 “Rangers and paramilitary forces tasked with protecting wildlife in often remote parks frequently face violent, heavily armed criminals engaged in poaching,” the two lawmakers said in the letter. “Recent reports, however, allege that partner organizations supported by the U.S. government have played a role in funding and equipping forces that have committed a range of human rights violations – including torture, sexual assault, and extrajudicial killings – in the course of anti-poaching efforts.”

The WWF has not denied that the human rights abuses occurred and, besides the investigation conducted earlier this year, the organization referred the purported crimes to the DRC’s "auditeur militaire" and suspended all the rangers suspected in the incidents. The charity also announced that it will conduct another investigation in August into allegations of other abuses raised by the Rainforest Foundation UK.

“WWF does not tolerate human rights abuses, and we are deeply concerned for those affected by alleged abuse,” the charity said in a statement earlier this month. “WWF works in extremely challenging geographies and social contexts. We are continuously strengthening our ways of working, with the aim of increasing protection of people’s rights and better ensuring their safety, wherever we operate around the world.”

The WWF, meanwhile, has said that it is keeping its report confidential “out of concern for the health and safety of the victims and the victims’ communities and in order not to interfere with due process.”

WFF did provide a copy of the report to the House Natural Resources Committee – albeit a redacted version, which came three months after the committee requested it.

The congressional committee is not the only one investigating the reports from the Salonga National Park. The United Kingdom’s Charity Commission is investigating the allegations and WWF’s branch in Germany has already completed its own inquiry, finding that the charity needs to overhaul its human rights policies.