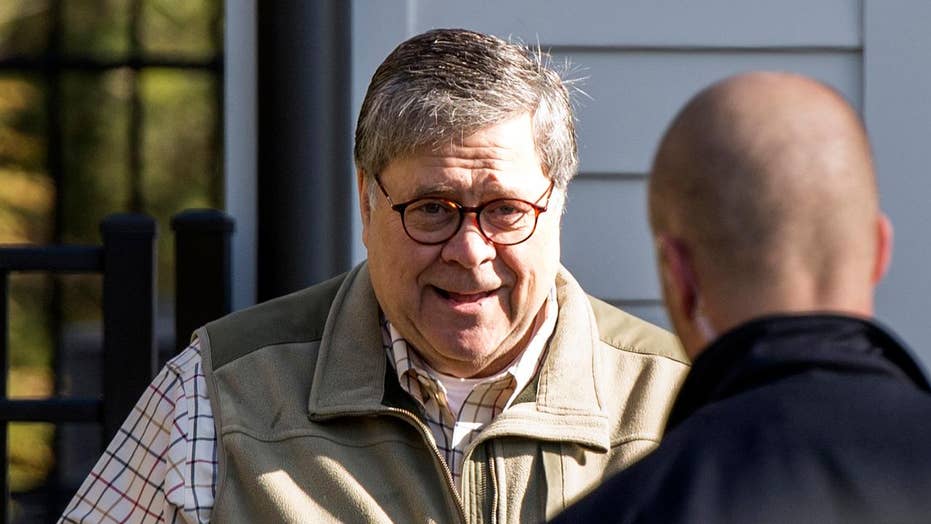 Democrats give AG Barr deadline for release of Mueller report

Ken Starr, former independent counsel to President Bill Clinton, insists that former FBI director James Comey was wrong to say in an NBC interview that his firing was “potentially obstruction of justice.”

“There is no suggestion at all – in fact we have contrary suggestions – to the effect that Bob Mueller was able to carry out this investigation without any kind of obstacle or impeding from the Justice Department. So I really think that that approach of Mr. Comey, with all respect, is just absolutely wrong.”

Special Counsel Robert Mueller submitted his report on alleged Russian meddling in the 2016 elections this past weekend, and Attorney General William Barr released a summary Sunday that said the report found no collusion by President Trump with Russia, though Mueller did not make an explicit determination on the subject of obstruction.

Comey made his obstruction assertion in an interview on Wednesday, which is set to air in its entirety on NBC’s “Nightly News.”

“Then there was your firing May 3, 2017, you go before the Senate Judiciary Committee. … You decline to answer questions about specifically, about evidence of collusion at that point. A couple of days later you’re fired,” NBC's Lester Holt said to Comey.

“A few days after that, I sit down with President Trump,” Holt continued. “He says, ‘when I decided to just do it,’ talking about firing you, ‘I said to myself, I said you know, this Russia thing with Trump and Russia is a made up story.’ What did you think when you heard that?”

“I thought that’s potentially obstruction of justice and I hope someone is going to look at that,” Comey responded.

Trump fired Comey on May 9, 2017, telling him in a brief letter that he could not “effectively lead” the bureau.