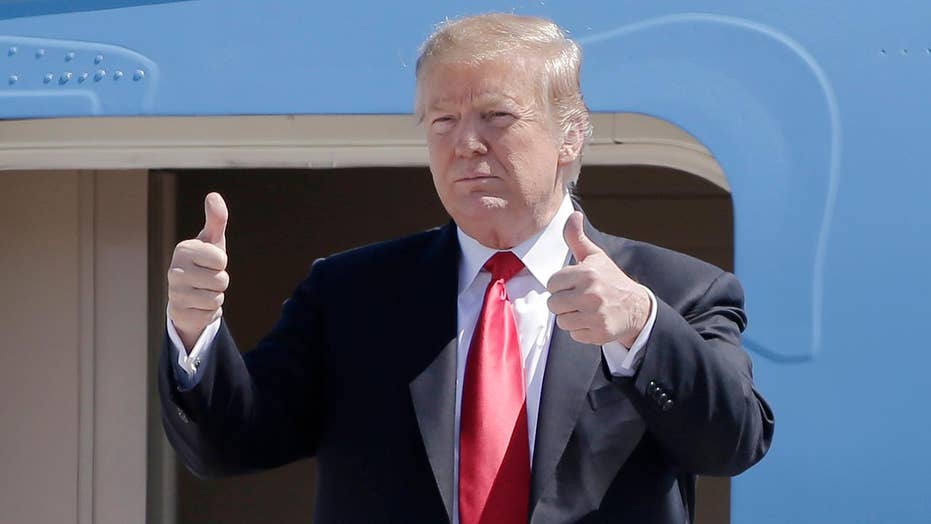 'The Next Revolution' talks with Ari Fleischer, Gregg Jarrett, Sara Carter, and Kayleigh McEnany to break down everything you need to know about the Mueller report.

For the second time in 48 hours, Attorney General William Barr demonstrated he is determined to go by the law, not bend to the winds of politics. This is exactly what the nation’s top law enforcement officer should do.

Barr’s letter to members of Congress Sunday summarizing the report of Special Counsel Robert Mueller – clearing President Trump, his campaign and associates of allegations that they colluded with Russia to win the 2016 presidential election – follows perfectly the letter of the governing regulations under which Mueller was appointed.

Not only has President Trump been vindicated on the bogus charge of collusion with Russia. The rule of law in our constitutional democracy has once more been vindicated. This is an enormous achievement.

All Americans should welcome the fact that Barr’s summary of the Mueller report said the special counsel found that President Trump’s repeated claims of “no collusion” with Russia were accurate. An alternate finding would leave the president under a continuing cloud, diverting his attention and the nation’s from the important business of government.

Mueller found lots of Russian skullduggery in our 2016 presidential election, to be sure, including “multiple offers from Russian-affiliated individuals to assist the Trump campaign.” The Russians went fishing – but the Trump campaign did not bite.

Mueller found lots of Russian skullduggery in our 2016 presidential election, to be sure, including “multiple offers from Russian-affiliated individuals to assist the Trump campaign.” The Russians went fishing – but the Trump campaign did not bite.

The bad news for the president is that Mueller did not give him a clean bill of health on a second issue – obstruction of justice. Far from it. To the contrary, the special counsel’s report, which remains confidential at this time, addresses “a number of actions by the President – most of which have been the subject of public reporting” – that “potentially raise obstruction-of-justice concerns,” Barr wrote.

Remarkably, at the end of the day, Mueller punted on the important question of whether President Trump has obstructed justice. This is telling: Mueller “ultimately determined not to make a traditional prosecutorial judgment,” Barr wrote in his letter.

The Mueller report is thus Hamlet-like. It “sets out evidence on both sides of the question and leaves unresolved whether the president’s actions and intent could be viewed as obstruction,” Barr wrote.

This is one of those classic “thanks a whole lot” moments. Mueller was hired to do a job, but he chose in the end not to do it. He would not pull the prosecutorial trigger – quite apart from the issue of whether a sitting president can be indicted.

Mueller’s decision not to make a determination on possible obstruction of justice by President Trump suggests the likelihood of a division of opinion within the special counsel’s ranks. The result of that “house divided” is that Mueller washed his hands of the issue.

The nettlesome question of coming to a legal conclusion about possible obstruction of justice by the president was left to both Attorney General Barr and, tellingly, Deputy Attorney General Rod Rosenstein. Mueller reported to Rosenstein for virtually all of his long tenure.

Rosenstein and Barr took up the mantle of deciding whether President Trump obstructed justice and came to a prosecutorial conclusion: “The evidence developed during the Special Counsel’s investigation is not sufficient to establish that the President committed an obstruction-of-justice offense,” Barr wrote.

Barr and Rosenstein came to a final judgment on obstruction – no crime committed by the president – whereas Mueller concluded only that “difficult issues” of law and fact were raised by the president’s conduct.

Indeed, to leave no doubt whatever as to his wringing-of-hands indecision, Mueller wrote, according to Barr: “While this report does not conclude that the President committed a crime, it also does not exonerate him.”

Decoded: The special counsel has intentionally tossed the entire matter over to the Democratic-controlled House of Representatives, which has already been sharpening its knives.

Demands for full disclosure of the Mueller report will now reach a fever pitch, with Barr receiving threatening demands for complete transparency – law and tradition be damned.

For his part, Barr will do exactly what the law requires. He’s the attorney general, not a staff counsel for the House Judiciary Committee.

In consultation with Mueller, Barr will promptly review the full Mueller report to identify and presumably redact legally protected information under the governing Federal Rules of Criminal Procedure.

Barr will then share what he can, under law, with Congress. And Congress will then work its will.

Stormy weather lies ahead, as the battle over what the evidence of obstruction is and what it means. However, the long national nightmare about alleged collusion between Donald Trump and anyone associated with him and Russian President Vladimir Putin’s unholy regime should now be over.