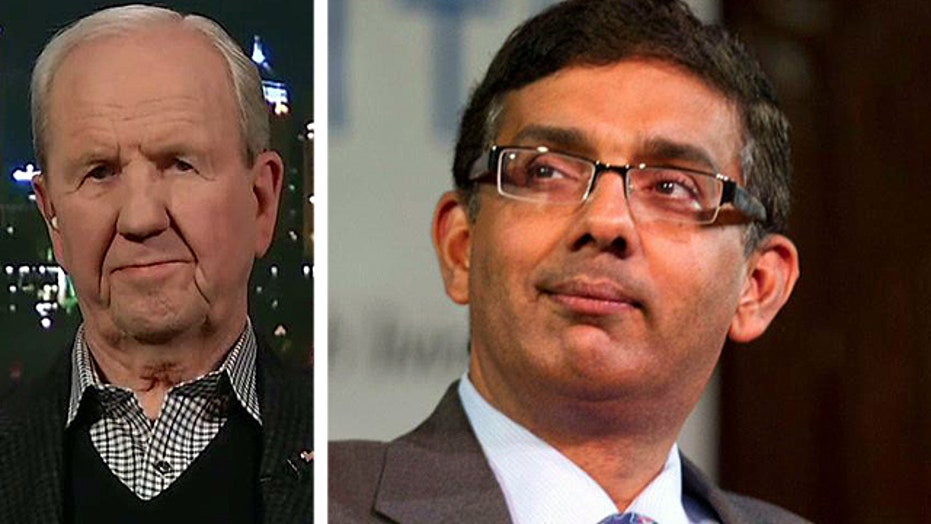 Producer says D'Souza is a great American, loves his country

Federal prosecutors last week announced campaign finance charges against D'Souza, the documentarian behind the anti-President Obama film “2016: Obama’s America,” which was released during the 2012 presidential campaign.

Molen, an executive producer on “2016,” said he finds the prosecution of D’Souza strange and he believes D’Souza could be being targeted because of the material in his films.

“I really believe that in this case with Dinesh that somebody is going to wake up and this is going to be dismissed,” Molen said.

Molen said that the notion D’Souza could be being singled out is a troubling one.

“The worst thing that I think someone could think is that they could be put in a position to be intimidated by their own government,” he said.