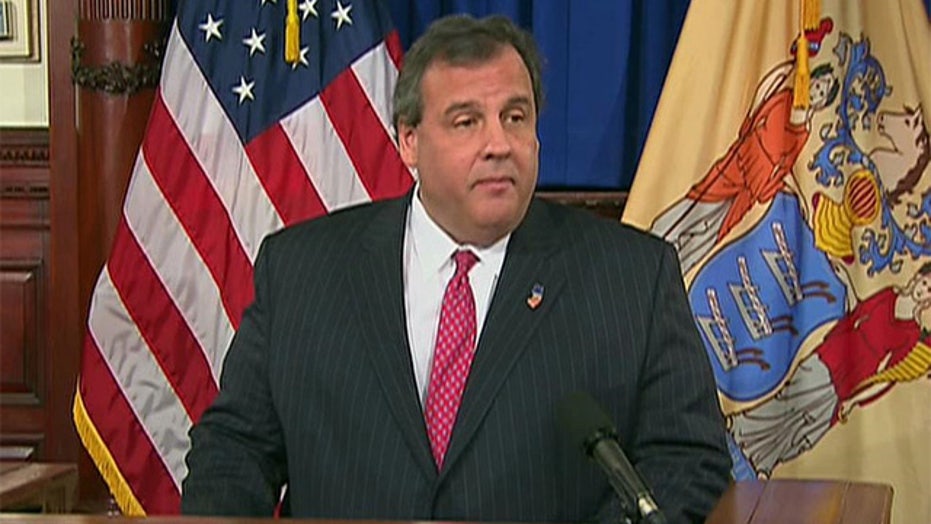 Why the media turned on Chris Christie

Some pundits all but declare Christie's 2016 hopes dead

When does bombast become bullying?

The same national media that gave Chris Christie a great ride is now leaving tire tracks on his back.

What’s more, the very conduct that forged his image as a tough-talking, no-nonsense, in-your-face Jersey guy is now being cited as evidence of the kind of vindictiveness on display in the George Washington Bridge scandal.

In fairness, Christie’s larger-than-life persona, more than the specifics of his one term in Trenton, is at the heart of his political appeal. And the onetime prosecutor has always walked a fine line between being a smartass and being a jackass. Now, in the time it takes to flash an E-Z Pass, he’s gone from chief Springsteen fan to Tony Soprano.

Christie’s pragmatic brand of Republicanism, and his bipartisan embrace of President Obama after Sandy, has always appealed to mainstream journalists. I don’t think they’re trying to take him down as a 2016 contender. It’s just that the scandal is so juicy—and Christie, whatever else he accomplished at his marathon presser, provided a week’s worth of clips for television to feast upon.

The sheer callousness of Christie’s top aides in celebrating the traffic chaos they unleashed upon the town of Fort Lee and its Democratic mayor has the media saying, even if  he didn’t know about it, is this the tone he set for the office?

Former GOP governor Tom Kean, a mentor, didn’t help by telling the Washington Post that while Christie is a talented politician, “you look at these other qualities and ask, do you really want that in your president?” (Of course, it turns out that the governor tried to block Kean’s son from continuing as Senate majority leader.)

Now there are a spate of stories using the B-word. Under the headline “Stories Add Up As Bully Image Trails Christie,” the New York Times reports on “the fate suffered by others in disagreements with Mr. Christie: a former governor who was stripped of police security at public events; a Rutgers professor who lost state financing for cherished programs; a state senator whose candidate for a judgeship suddenly stalled; another senator who was disinvited from an event with the governor in his own district.”

Is that bullying, or plain old hardball politics?

“The Web is awash in videos showing the glowering governor venting at teachers, reporters, the Navy SEAL — Christie later called him a jerk, refusing to apologize — and the Jersey Shore antagonist. .. Christie has retaliated against critics and others who crossed him.”

The liberal magazine Mother Jones has compiled some of those greatest-hits videos.

The AP has a similar piece, noting that “Christie infamously suggested that the media ‘take the bat out’ on a then-76-year-old Democratic state senator who accused him of hypocrisy in 2011. He referred to another Democrat in the Legislature as ‘a jerk’ after she criticized him for taking a state police helicopter to his son's baseball game.”

This reminds me of what John McCain went through in 2000, and to a lesser extent in 2008, while the press decided to examine his temperament. The former POW had been hailed as a straight-talking maverick, but the question became whether he was too much of a hothead to occupy the Oval Office.

The bridge scandal could quickly fade and become a mere footnote by the time 2016 rolls around. But in this new environment, any Christie outburst or act of retaliation could reignite the damaging debate.