The politics of high-stakes trade talks with China

Chinese delegation arrives in Washington for trade talks with the Trump administration; reaction and analysis from the 'Special Report' All-Stars.

"I think that anyone who is in a situation where they're in need of health care, regardless of whether they are documented or undocumented, we have an obligation to see that they are cared for," Biden said Wednesday in Los Angeles.

Biden added, "That's why I think we need more clinics around the country."

RealClearPolitics.com columnist A.B. Stoddard said that while his comment will help him in the primary they are out of step with the "mainstream" and may hurt him in the general election if he secures the nomination.

"The reason they're hungering for Biden is they think he's going to win and they're terrified" of Trump winning in 2020.  "In the course of trying to keep this competition at bay and remain the front-runner, he's definitely going to dip into left rabbit holes," Stoddard said. 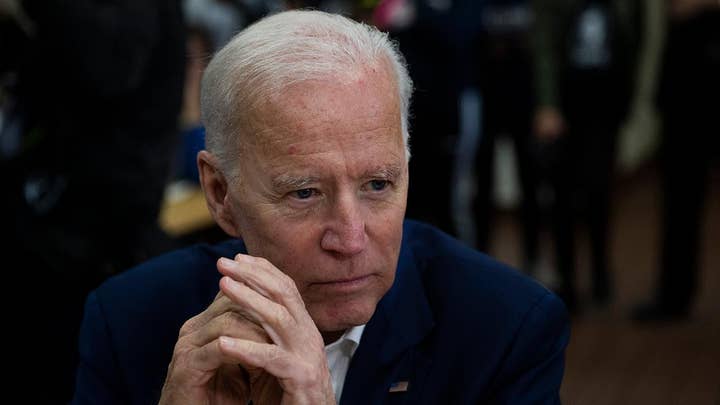 "And on immigration, the whole party, the driving energy in the party's is prioritizing immigrants rights.  That's out of step with the mainstream of the country."

Washington Times opinion editor Charles Hurt agreed with Stoddard but added that Biden is reminding voters he is "gaffe-prone."

"And the conventional wisdom around here is that Biden is the perfect match-up against Trump, but what we are seeing, we're being reminded he is gaffe-prone, he tries this folksy thing, but he says a lot of stupid things," Hurt said.

"And while Donald Trump says things that shock people around here, he's pretty good at staying on message and saying the same thing over and over and over again and not giving up the field."