EXCLUSIVE: Former Trump campaign adviser Carter Page blasted the House’s new Foreign Intelligence Surveillance Act bill as a “sham” and a Republican “failure,” saying it represents a “lazy authorization” of the surveillance tool that improperly targeted him during the FBI’s Russia investigation.

“Just like the Republicans in Congress failed to achieve justice following the death of my friend Chris Stevens, this sham bill represents the latest lazy authorization of completely unchecked bureaucratic power,” Page said in a text message to Fox News Wednesday, referring to Stevens, a victim of the 2012 Benghazi attacks.

“After the Deep State put so many lives at risk, none of the corrupt perpetrators have been held accountable,” Page continued. “Meanwhile, Congress has still not authorized reparations fro the countless Trump supporters, who remain as powerless crime victims amidst all of the DOJ’s and the FBI’s lies.”

He added: “This remains a historic failure of epic proportions.” 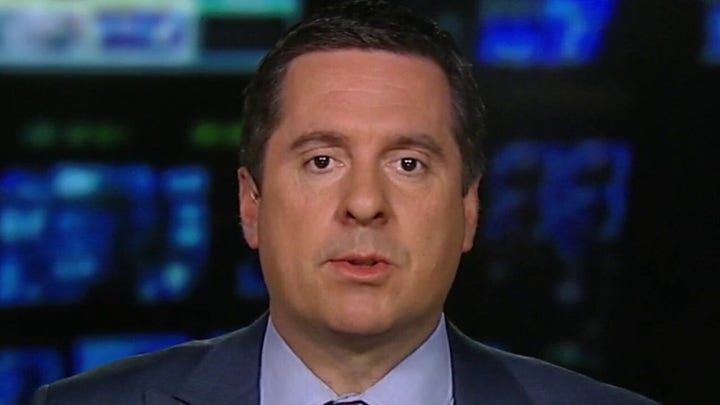 Page was a central figure in former special counsel Robert Mueller’s investigation into whether members of the Trump campaign colluded with the Russians government during the 2016 presidential election. Mueller did not find any wrongdoing by Page and was unable to substantiate the anti-Trump dossier’s claims about him.

Page’s comments come as the House is slated to move forward on a bill, which was introduced this week, ahead of the expiration of the current USA Freedom Reauthorization Act on March 15.

House Judiciary Committee Chairman Jerrold Nadler, D-N.Y., said the bill tightens up the legislation to avoid abuses but doesn’t go far enough in protecting civil liberties, but added “we cannot let the perfect be the enemy of the good.”

“This bill is an important package of reforms,” Nadler said.

A top Republican on the Judiciary Committee, Rep. Jim Jordan of Ohio, who has been vocal in the FISA reform process and throughout the investigation into FISA abuses, said the bill could have gone further but “does represent real reform.”

Jordan said the revisions are much better than the current FBI surveillance tools that have come into focus with the improper applications to surveil former President Trump campaign aide Carter Page in the Russia probe.

"This bill before us represents real reform to the FISA program," Jordan said. "These reforms have long been necessary but have been especially warranted in recent years, given the FBI spying on the Trump campaign affiliate Carter Page."

Attorney General Bill Barr on Wednesday said he supported the passage of the FISA bill, saying it “will protect against abuse and misuse in the future.”

“I have reviewed the House FISA bill and support its passage,” Barr said in a statement Wednesday. “The bill contains an array of new requirements and compliance provisions that will protect against abuse and misuse in the future while ensuring that this critical tool is available when appropriate to protect the safety of the American people."

Barr went on to say that he was “pleased” that the bill contains provisions that he and FBI Director Christopher Wray, at the recommendation of Justice Department inspector general Michael Horowitz, put forth “to address past failures,” saying Horowitz’s recommendations “helped shape our proposals.

“It is of the utmost importance that the Department’s attorneys and investigators always work in a manner consistent with the highest professional standards, and this overall package will help ensure the integrity of the FISA process and protect against future abuses going forward,” Barr said, urging “broad bi-partisan support” for the measure.

The legislation is slated for a vote as early as Wednesday.

Meanwhile, Page’s request for “reparations” in the text to Fox News was not his first. At the Conservative Political Action Conference (CPAC) last month, Page first made the suggestion, calling for a law that would “get some reparations for all of the lives that have been ruined.”