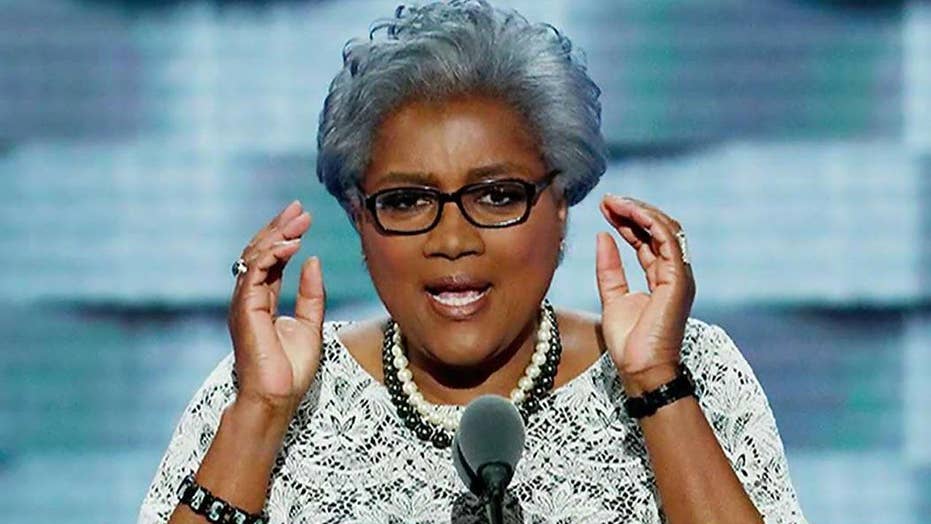 When CNN dropped Donna Brazile for leaking a town hall question to Hillary Clinton’s campaign, the network said nothing publicly.

Only when a second instance emerged from hacked emails obtained by Wikileaks did CNN announce what it called Brazile’s resignation—in a terse statement.

When critics urged CNN President Jeff Zucker to launch an internal investigation, he did not respond publicly. But word leaked yesterday that he had told his staff in a televised town hall that there had been such a probe, and it was finished.

No findings have been released, and Zucker has not addressed the matter publicly.

All this has added to the swirl of criticism surrounding the woman who is acting chair of the Democratic National Committee and the network where she has been a paid contributor for years. Brazile was vice chair of the DNC when these incidents occurred earlier this year, and temporarily suspended her contract with CNN—and ABC—when she became the party’s interim head.

CNN declined to comment publicly, but a network staffer familiar with the situation said the probe found no wrongdoing by anyone at CNN and that no one at CNN had given Brazile advance questions.

Brazile, who has denied the leaking despite email evidence to the contrary, has left a stain on CNN’s reputation. And Zucker, based on his leaked internal comments, understands this.

“This behavior was completely unacceptable and we are clear, exactly where they came from," Zucker said at the meeting, according to sources quoted by Business Insider. He called it a "very unfortunate situation" but added that “one bad apple, I don't think ruins the entire process. Clearly this was unprofessional and this should not have happened and this has been dealt with."

But how has it been dealt with?

Who gave the advance questions to Brazile, based on the “complete investigation” Zucker says the network has done?

Has anyone been fired or disciplined?

Zucker earlier called Brazile’s conduct “disgusting” on a conference call, according to the Huffington Post. But again, there has been no public comment. In the Monday statement disclosing that CNN has cut its ties with Brazile, the network said only that it was “uncomfortable” with what she had done.

In the first instance, Brazile wrote Clinton aides before a March town hall with Clinton and Bernie Sanders that sometimes she gets the questions in advance. She shared one about gun control, citing precise statistics that were then used by moderator Roland Martin of TVOne, CNN’s partner in the town hall.

Zucker told his staff that CNN would “not partner ever again” with TVOne, according to Business Insider.

The strongest comment after that incident came from CNN anchor Jake Tapper, who said in a radio interview that it was “horrifying” and “unethical.”

In the second instance revealed this week, Brazile wrote to the Clinton camp in advance of a town hall in Flint, Mich., where the water supply has been tainted: “One of the questions directed to HRC tomorrow is from a woman with a rash. Her family has lead poison and she will ask what, if anything, will Hillary do as president to help the ppl of Flint.”

At the town hall, Lee-Ann Walters, a local resident who has a rash she blames on the water supply, asked that very question:

“After my family, the city of Flint, and the children in DC were poisoned by lead, will you make a personal promise to me right now, that as president in your first 100 days in office, you will make it a requirement that all public water systems must remove all lead service lines throughout the entire United States, a notification made to the citizens that have said service lines.”

Clinton said she would make such a commitment, but Walters told Fox News this week she was not satisfied with the answer—and does not know how her question, refined with a CNN producer in advance, got leaked.

Brazile vehemently denied to me after the first story broke that she had gotten advance questions or given them to the Clinton team, calling the accusation ridiculous. But she could not explain her own email saying that she sometimes got such questions in advance.

The veteran pundit grew even more heated in a subsequent interview with Fox’s Megyn Kelly, invoking her religion and complaining about the illegal hacking of emails belonging to Clinton campaign chief John Podesta.

“As a Christian woman, I understand persecution, but I will not stand here and be persecuted because your information is totally false… Podesta’s emails were stolen. You’re so interested in talking about stolen material, you’re like a thief that wants to bring into the night the things that you found,” she said.

Brazile has been a well-liked and well-respected figure around Washington for a long time. But for CNN to have kept her on the payroll while she was also a top DNC official posed the risk that her true loyalty was to her political party, not the network where she offered commentary.

I have no doubt that Zucker and most CNN journalists are appalled that their process in high-profile campaign events has been tarnished. But they can’t resolve the matter without the kind of transparency that news organizations regularly demand from politicians. And that means disclosing the results of the internal investigation and what steps CNN is taking to ensure such an ethical breach doesn’t happen again.