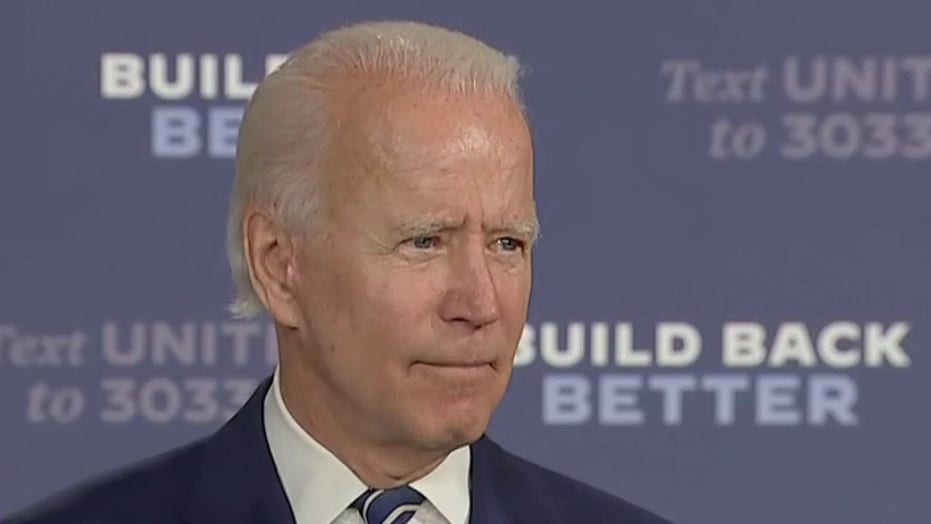 Biden: Trump has quit on America

Presumptive Democratic presidential nominee Joe Biden this week repeated his concern that President Trump might try to "steal" the 2020 election, citing the president's repeated comments on the reliability of mail-in ballots.

Biden made the remarks Thursday during a virtual fundraiser hosted by actress Julia Louis-Dreyfus, who played the first female vice president in the TV show "VEEP."

"This president is going to try to indirectly steal the election by arguing that mail-in ballots don't work. They’re not real. They’re not fair," Biden said.

Trump, and many Republicans, have raised concerns about the potential for fraud as many states move to elections that are conducted largely or almost entirely by mail. They argue that mass-mailing ballots to Americans creates more opportunity for bad actors.

"Mail-In Voting, unless changed by the courts, will lead to the most CORRUPT ELECTION in our Nation’s History! #RIGGEDELECTION," Trump tweeted this week.

The president and some on the right have also made a distinction between mail-in voting and absentee voting, which has been disputed by Democrats and some fact-checkers, after it was pointed out that Trump and many in his administration have voted absentee before.

"Absentee Ballots are fine because you have to go through a precise process to get your voting privilege. Not so with Mail-Ins. Rigged Election!!!" Trump tweeted earlier this month.

Democrats and others, citing studies, have said that fraud in mail-in or absentee voting, however it is termed, is rare.

Biden's Thursday comments were the latest from both him and Trump -- potentially casting doubt over the legitimacy of the fall election.

Biden, in a June appearance on "The Daily Show," said his "single greatest concern" was that Trump will "try to steal this election.

"This is a guy who said that all mail-in ballots are fraudulent, voting by mail, while he sits behind the desk in the Oval Office and writes his mail-in ballot to vote in a primary,"  Biden told host Trevor Noah.

And Trump in a "Fox News Sunday" appearance earlier this week refused to tell host Chris Wallace that he would accept the outcome of the fall election.

"And you know what? She’s the one that never accepted it," Trump said of Hillary Clinton and the 2016 election. 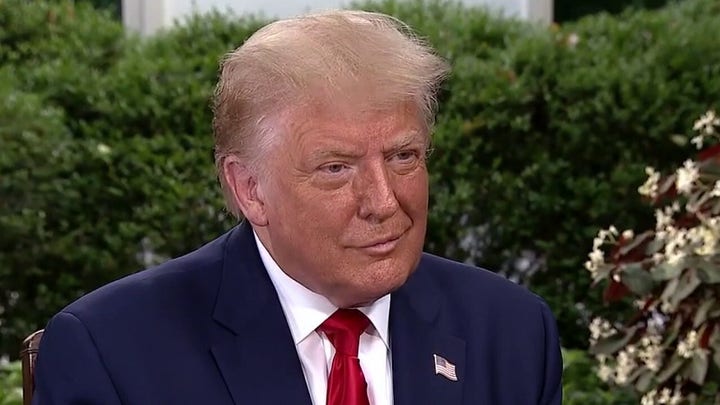 "She never accepted her loss and she looks like a fool," Trump said.

Biden, in the Thursday fundraiser, also addressed a variety of other issues, including his climate plan and the coronavirus. He criticized Trump's response to the crisis, and took a swipe at the president's rebooted daily briefings.

"He thinks he can fix that with a daily performance on TV," Biden said.