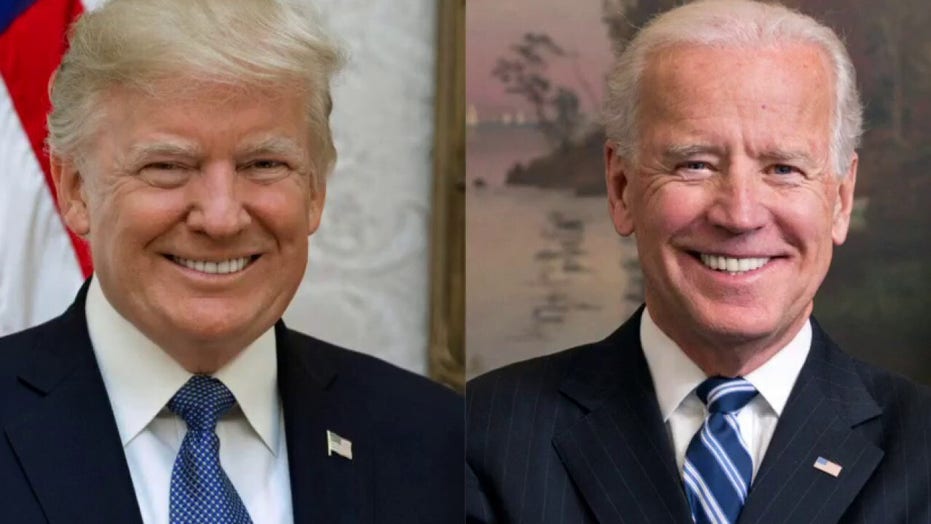 In Arizona, Ohio and Wisconsin, Joe Biden leads with voters who say they are 'extremely' motivated to vote in the election; Peter Doocy reports.

Presumptive Democratic presidential nominee Joe Biden, in an interview Wednesday night with "The Daily Show," claimed that President Trump will attempt to "steal" the presidential election.

Biden's election-stealing comment on the Comedy Central program is a sharp allegation that reflects continued Democratic anxieties -- over everything from mail-in ballot policies to suspicions that the president may have colluded with Russia during the 2016 election despite no such charges coming from former Special Counsel Robert Mueller's investigation into the matter.

"It’s my greatest concern, my single greatest concern," Biden told host Trevor Noah. "This president is going to try to steal this election. This is a guy who said that all mail-in ballots are fraudulent, voting by mail, while he sits behind the desk in the Oval Office and writes his mail-in ballot to vote in a primary."

Biden made his comments in response to a question from Noah that referenced the voting fiasco in the Georgia primary this week that led to many people waiting in line for hours.

Democrats have embarked on a campaign to expand and protect mail-in voting in the lead-up to the November election that has Republicans worried it could lead to an increase in voter fraud. Trump himself has repeatedly slammed efforts to expand mail-in voting.

DEMOCRATS SUE ARIZONA OVER ABSENTEE BALLOT RULE: 'THIS WILL RESULT IN DISENFRANCHISEMENT'

The president said in separate tweets that mail-in voting expansion "will lead to massive corruption and fraud," is a "scam" and "substantially increases the risk of crime and VOTER FRAUD!"

Meanwhile, state-level Republicans have busied themselves with legislation purporting to protect against voter fraud and clean up outdated voter rolls which Democrats say could lead to voter suppression.

Biden referenced a project by his campaign to combat those Republican measures in the Wednesday interview. 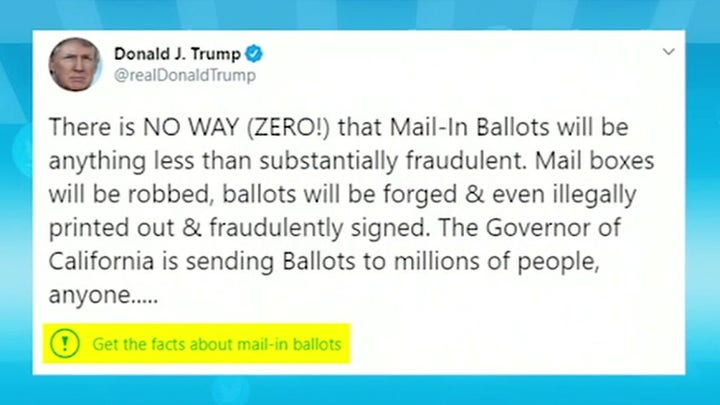 "You have 23, I believe it is, states have passed over 82 pieces of legislation making it harder for people to vote," Biden said. "That’s why we’re putting out a major initiative of lawyers to go out and make sure we’re in every single district in the country to patrol this…if I’m president... we’re going to have same-day registration."

Biden also addressed an issue of speculation among Democrats in recent years over what might happen if Trump loses the election but refuses to acknowledge the results and leave the White House on Inauguration Day 2021.

“I promise you,” Biden told Noah, “I am absolutely convinced [the military] will escort him from the White House with great dispatch.”

He added, in reference to a recent spate of military figures condemning Trump's response to the unrest in the wake of the death of George Floyd, that he "was so damn proud. You have four chiefs of staff coming out and ripping the skin off of Trump, and you have so many rank-and-file military personnel saying 'woah, we're not a military state. This is not who we are.'"

Biden, in the wide-ranging interview with Noah, also said that Trump "has promoted" racism, advocated for "non-armed" police officers but said police shouldn't be defunded and addressed his penchant for verbal flubs on the campaign trail.

"A gaffe in Washington is a politician telling the truth," he said.