Sen. Rubio on Biden policy toward China: US has a commitment to defend Taiwan

Sen. Marco Rubio, R-Fla., weighs in on the Biden administration defending Taiwan, as the U.S. Destroyer sails through the Taiwan Strait.

President Biden’s Secretary of State Tony Blinken and White House national security adviser Jake Sullivan believe that China poses the "greatest long-term national security threat to the United States," Republican Rep. Michael McCaul told Fox News after speaking with the officials, but McCaul said they will have a "different approach" to China than the Trump administration.

McCaul, R-Texas, the top Republican on the House Foreign Affairs Committee, during an exclusive interview with Fox News, described his conversations with Blinken and Sullivan.

"When I spoke to Secretary of State Blinken and national security adviser Jake Sullivan, they both told me that they believe China poses the greatest long-term national security threat to the United States," McCaul said. "So it was good to get their assurances on that." 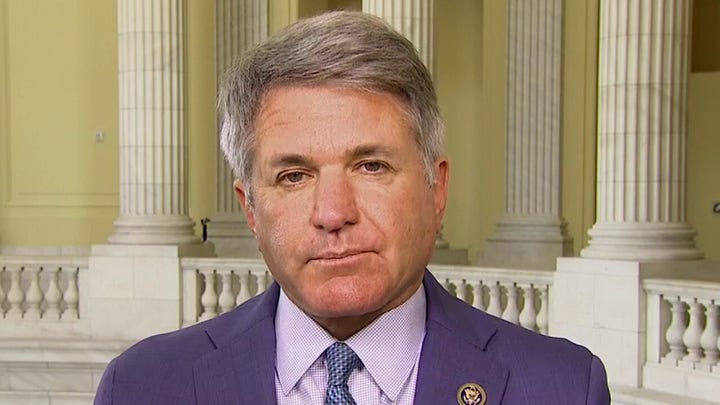 National Security Council spokeswoman Emily Horne told Fox News that Sullivan "has made early engagement with both Democrat and Republican members of Congress an early priority."

"While we’re not able to read out individual meetings, he regularly discusses Biden administration national security priorities in these conversations, certainly including dealing with the long-term strategic challenge posed by China in coordination with our allies and partners," Horne said.

And during an interview on MSNBC earlier this month, Blinken said there is "no doubt that China poses the most significant challenge" to the U.S., but he said the Biden administration must approach China "from a position of strength, not weakness."

Top Trump administration officials had also signaled warnings about the threat China poses to the U.S., including former Director of National Intelligence John Ratcliffe in December, who said China is "the greatest national security threat that we face" on a range of issues—including militarily, economically, supply chain issues, technologically, cyber issues and 5G telecommunications.

McCaul, during the interview with Fox News, pointed to Huawei — the Chinese telecommunications company that the Trump administration placed on the Commerce Department’s entity list out of concern that it was a security threat.

The State Department under the Trump administration imposed sanctions on employees of Huawei last July amid fears that China had been using the company, among others, for global espionage.

McCaul argued the importance of keeping the company on the Commerce Department’s entity list, saying that removing it would allow Huawei to "continue its mission of dominating the telecom sector worldwide, in what I would refer to as a telecom surveillance network," adding that the company could "both censor and collect" data and information used in telecommunications.

McCaul, though, took issue with Biden’s nominee for commerce secretary, Rhode Island Gov. Gina Raimondo, who, during her confirmation hearing last month, didn’t take a firm stance on whether she would keep Huawei on the department’s entity list.

Raimondo has since said she sees "no reason" to remove Huawei from the entity list.

"I was shocked to see that she would not commit to keeping it on the entity list," McCaul said, adding that "it seems to be in direct conflict with my conversations that I’ve had with Secretary of State Blinken and national security adviser Jake Sullivan."

"They both seem to be very committed to continuing the previous administration’s position on Huawei, and yet, the secretary of commerce nominee, for whatever reason, had a hard time committing to that," McCaul said.

Horne told Fox News that "Huawei’s ties to China’s military, human right abuses, and theft of intellectual property have rightly been a source of bipartisan concern, regulatory action, and legislation in the United States and among U.S. partners and allies."

"The administration supports current law, including in the FY2020 NDAA and Secure and Trusted Telecommunications Networks Act, that contain restrictions on Huawei," Horne told Fox News.

DNI AVRIL HAINES SAYS AIM SHOULD BE TO 'OUT-COMPETE' CHINA

And a State Department spokesperson told Fox News that technology is at the center of U.S.-China competition. The spokesperson said China has done whatever it takes to gain a technological advantage — including "stealing intellectual property, engaging in industrial espionage and forcing technology transfer."

The State Department spokesperson added that the U.S. needs to "play a better defense, which must include holding China accountable for its unfair and illegal practices and making sure that American technologies aren’t facilitating China’s military buildup or human rights abuses."

"President Biden is firmly committed to making sure that Chinese companies cannot misappropriate and misuse American data — and to ensuring that U.S. technology does not support China’s malign activities," the spokesperson said.

But McCaul raised concerns that the Biden administration wants "to be more open to China," pointing to Biden’s move to rejoin the Paris climate accord. 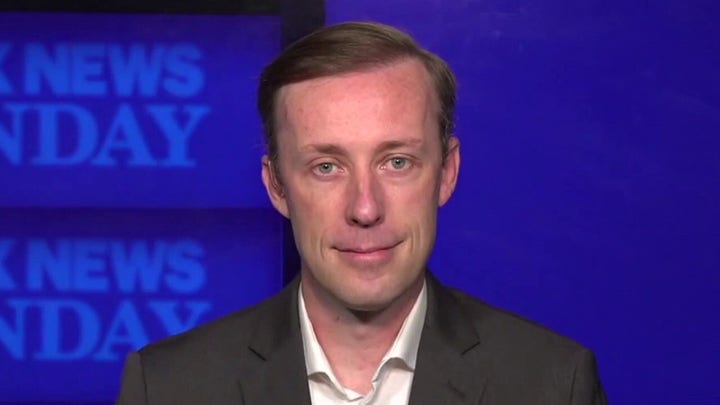 "I worry that they may soften on China to get certain things from them and open up more to China to get them to make concessions when it comes to the Paris Climate Accord," McCaul explained. "I would think, though, that would be a weakening of our foreign policy position toward the Chinese Communist Party."

"Trump was the first president in my lifetime to really stand up to the Chinese Communist Party, and it got their attention," he said, pointing to threats posed by China to national security, and noted that he is "very focused on supply chain coming out of China."

Intelligence officials have told Fox News that China exploits the U.S. government and industry supply chains by using trusted suppliers and vendors against the U.S.

"I was pleased to hear from the national security adviser that the administration is trying to come up with a list of various national security items that we could decouple from the supply chain," McCaul said, noting that, in his view, the "advance semi-connector chip is the highest priority right now."

"That is in everything from our phones to the F-35 airplane," McCaul said.

"The Chinese Communist Party has now invested $1.4 trillion in their digital economy and $100 billion to their advanced chip manufacturing — we have to be competitive with them," McCaul said. "We need to get Commerce Department funding to incentivize manufacturing of these chips in the United States to protect our national security, but also to provide manufacturing jobs in the U.S."

US COUNTER-INTEL CHIEF WARNS BIDEN ADMIN OF CHINA'S MALIGN FOREIGN INFLUENCE: 'ONE OF THE BIGGER CHALLENGES'

Last week, Sullivan told reporters that a "priority" of the Biden administration is "dealing with China’s trade abuses" that harm American workers.

Sullivan said the Biden administration’s national security strategy will allow the United States to "compete more effectively" with competitors across the globe, and he specifically referenced China.

Sullivan also pointed to trade policy and said the national security team is focused on "creating jobs and raising wages here in the United States."

"Our priority is not to get access for Goldman Sachs in China," Sullivan said. "Our priority is dealing with China’s trade abuses harming American workers in the United States."

McCaul and national security and intelligence officials from the Biden administration, and the Trump administration, before leaving office, have pointed to a number of threats China poses to the U.S. — including espionage and intellectual property theft.

"This really is an ideological battle," McCaul said, pointing to the theft of intellectual property. "They think if it is open and accessible, even through cyberattacks, that that is fair game and they are very good at it."

"What worries me the most is their ability to steal our military data —everything from our aircraft to our hypersonic," McCaul said. "When we see airplanes being built and paraded in Tiananmen Square that look very similar to ours, you know where they got that."

McCaul added: "That is my biggest concern — their ability to steal things out of the Pentagon and out of our national security apparatus, because, why invent, when you can steal it?"

McCaul said the CCP is "not so great at innovation, but they are very good at stealing technology."

As for the Biden administration, McCaul said he will "work closely with them, but keep a very watchful eye."

"Because, as you know, deeds speak louder than words," he said. "And we’ll be taking a close look at their actions."