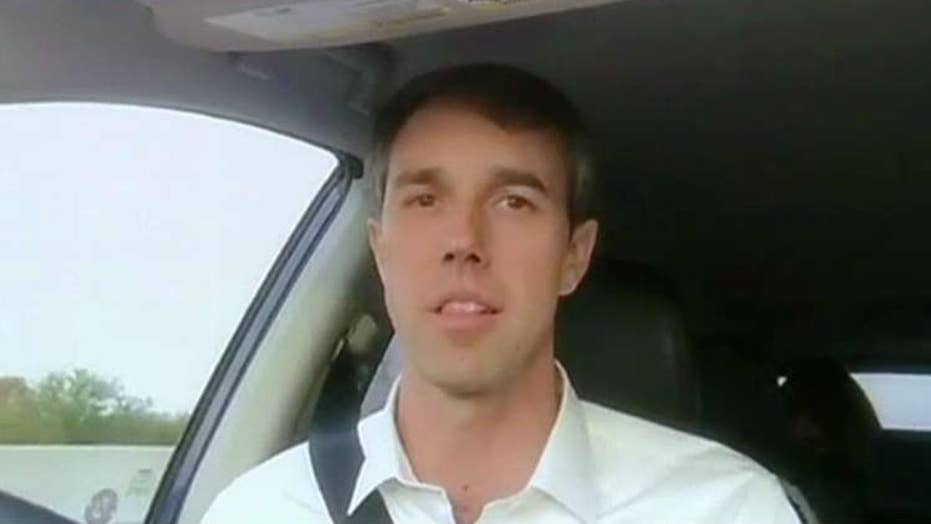 Texas Rep. Beto O’Rourke – considered to be a potential 2020 presidential contender – blasted President Trump for attempting to “instill anxiety and paranoia” in an effort to push his plan to build a wall along the U.S.-Mexico border amid a partial government shutdown.

Trump and Democrats remain stagnant in their fight over funding for the border wall, one of the president’s oft-repeated campaign promises. Trump has demanded more than $5 billion in funding for the wall, and Democratic leaders have refused to capitulate to his demands.

Following Trump’s first address to the nation from the Oval Office Tuesday night – during which he decried a “growing humanitarian and security crisis” of surging illegal immigration – O’Rourke said he wanted to “meet that fear with the truth.”

The Democratic lawmaker, whose district encompasses El Paso, Texas, called the border “one of the safest places in the United States,” in a video message posted to his social media accounts.

“By any measure, the border is as safe as it has ever been, and the president, using fear and anecdote to try to instill an anxiety and paranoia to build the political will to construct this wall that would cost $30 billion and take private property and cause death and suffering as more asylum seekers are pushed to evermore hostile stretches of the U.S.-Mexico border – that was what we heard from the Oval Office and we need to meet that fear with the truth,” O’Rourke said.

O’Rourke, 46, gained nationwide attention during his quest to unseat Sen. Ted Cruz, a Republican, during the 2018 midterm elections. Since then, he’s been widely floated as a potential 2020 presidential candidate.

He’s reportedly planning a solo trip around the country with opportunities to “pop into places” such as community colleges amid the speculation. O’Rourke also recently got a boost from former presidential candidate Martin O’Malley to seek higher office.

O’Rourke, who has represented Texas’ 16th congressional district since 2013, has been compared to former Presidents Barack Obama and John F. Kennedy in his rise to political prominence.

Fox News' Nicole Darrah and Gregg Re contributed to this report.