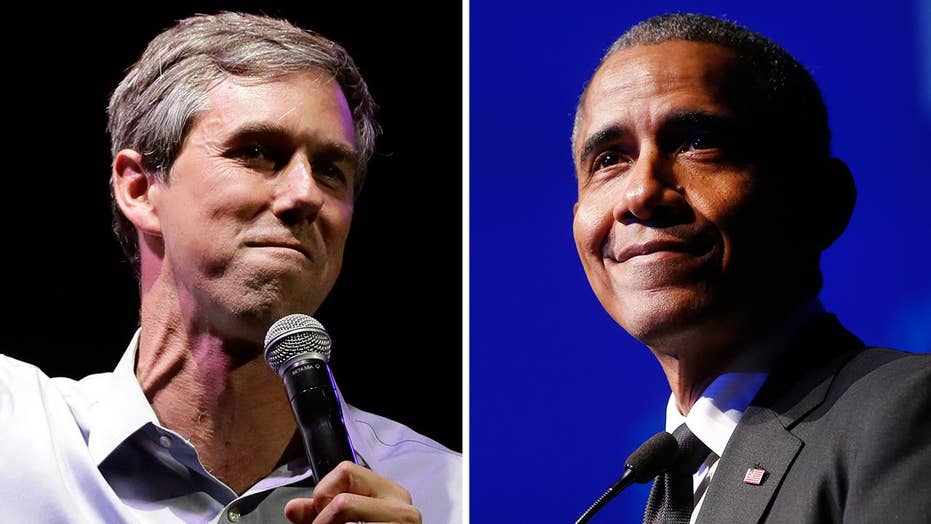 Former Democratic Texas Rep. Beto O'Rourke is reportedly planning a trip to meet voters outside of Texas as he decides whether to run for president in the 2020 election.

O'Rourke, 46, is asking aides to help create a schedule that would allow him to "pop into places" like community colleges, The Wall Street Journal reported Monday.

MARTIN O'MALLEY URGES BETO O'ROURKE TO RUN FOR PRESIDENT IN 2020

He's reportedly looking to travel alone, without staff or members of the press, but may detail his trip on social media — a platform some 2020 contenders are utilizing for transparency.

Biden reportedly upset that Obama is meeting with O'Rourke, other potential 2020 challengers

O'Rourke, according to the news outlet, might make a final decision on whether he runs for president by February.

The up-and-coming political star, whose tenure in Congress wrapped up Thursday, was recently urged by former presidential candidate Martin O'Malley to seek higher office. The former Maryland governor, who abandoned his campaign for the 2016 Democratic nomination, wrote that his O'Rourke's Senate race against Republican Sen. Ted Cruz was "disciplined and principled" and "raw, authentic, and real."

“He spoke to the American values of honesty, compassion for one another, and courage in the face of a rapidly changing future," he wrote.

O’Malley added: “Like so many other Americans, I believe we need new leadership to make that future a reality. And, I believe the new leader who can best bring us together and turn us around to create that better American future, is Beto O’Rourke.”

It was reported by The Washington Post in December that amid speculation he might run, O'Rourke met with former President Barack Obama. Prior to their meeting, Obama said that O'Rourke seemed to be a politician running on a platform that he actually believes in.

The 44th president's former aides have reportedly compared O'Rourke to Obama — a young, liberal politician who rose through the ranks after establishing a grassroots movement.