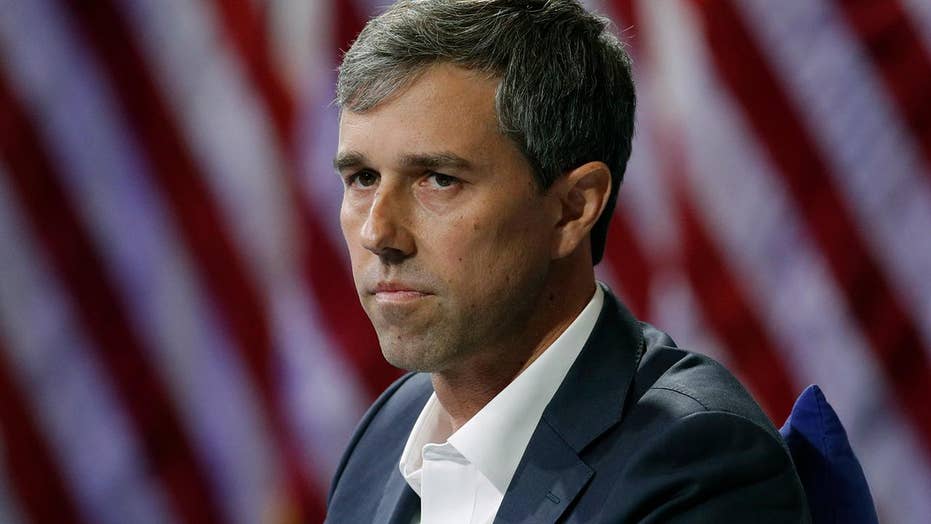 Beto bails after much media hype

Just last year, O'Rourke -- who raised over $17 million for his presidential run -- participated in the most expensive Senate race in U.S. history before failing to oust Sen. Ted Cruz, R-Texas.

"This proves that the American voter is not for sale," Texas Republican Party Chairman James Dickey said. "No matter how much a candidate raises or spends it isn’t possible to convince us that we should sell out our freedoms and liberty. The more time went on the less the truth could be hidden by glowing media coverage and cute social media stunts. The more he revealed of his true self the less voters were interested, and for very good reason."

Cruz spent more than $45 million in his effort to fend off O'Rourke, who shelled out approximately $75 million in the failed bid. The FEC numbers on O'Rourke's push for the Democratic nod to take on President Trump in 2020 were last updated on Sept. 30.

"Though it is difficult to accept, it is clear to me now that this campaign does not have the means to move forward successfully," O'Rourke wrote in a Medium post on Friday. "My service to the country will not be as a candidate or as the nominee."

In this Sept. 7 photo, Democratic presidential candidate  Beto O'Rourke speaks during the New Hampshire state Democratic Party convention in Manchester. He is now out of the campaign. (Associated Press)

"We should be proud of what we fought for and what we were able to achieve," he continued.

O'Rourke recently ratcheted up his rhetoric on the campaign trail as his poll numbers remained stagnant -- he had not hit 5 percent support in a Fox News poll for the Democratic nomination since March. He said in a recent CNN town hall on LGBTQ issues that he would remove tax-exempt status from churches that did not honor same-sex marriages and proposed an ambitious mandatory gun buyback scheme about a month before that.

"Hell yes, we are going to take your AR-15, AK-47," he said in a Democratic presidential debate on Sept. 12. "We’re not going to allow them to be used against our fellow Americans anymore."

Some liberals complained to the tail end of O'Rourke's campaign that he was playing into Republicans' hands by forcefully pushing far-left positions that would potentially cause moderates to fear Democrats as too radical.

"Beto's campaign was over as soon as he openly bragged about confiscating guns away from law abiding citizens," she wrote. "There’s no bigger supporter of 2A rights than @realDonaldTrump!"

In his message on Medium, O'Rourke encouraged his supporters to continue to fight for the issues he took up on the campaign trail.

"Let us continue to fearlessly champion the issues and causes that brought us together," he said. "Whether it is ending the epidemic of gun violence or dismantling structural racism or successfully confronting climate change before it is too late, we will continue to organize and mobilize and act in the best interests of America."

While the sum raised and spent by O'Rourke in his presidential bid was significant, considering his campaign lasted just over seven months, it was hardly record-breaking in the current Democratic presidential field.

Sen. Kamala Harris, D-Calif., raised over $35 million as of Sept. 30 and had spent more than $25 million while South Bend, Ind. Mayor Pete Buttigieg raised over $51 million and spent over $27 million.

Sen. Amy Klobuchar, D-Minn., and Sen. Cory Booker, D-N.J., two candidates struggling to gain traction in the presidential race, each spent and raised amounts similar to O'Rourke, as of Sept. 30.